Every summer, when the willow trees blow lazily in the breeze Maven Wilder goes back to Portwood. At one time she was sure she knew what love was. She thought she was in it, but not anymore.
Maven never expected to meet Henri Levitt that summer. A brown-haired, brown-eyed guy that keeps to himself and is always working odd jobs, Henri lives with relatives and comes off a bit depressed. He’s happy to stay busy, and if that means little social life, that is fine by him.
Nobody in Portwood thinks twice about Henri. And it’s only after an embarrassing accident happens at The Yogurt Hut that Maven even notices him. After meeting Henri that day, Maven’s life changes in ways she never counted on. Spending the summer with Henri shows Maven there is more to life than heartbreak, and that some people do change you for the better. Maven learns a lot over the summer. And after meeting Henri, her life will never be the same. 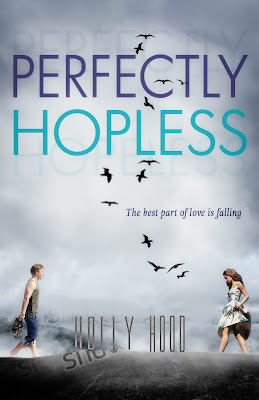 Maven’s father smiled at the sound of his daughter’s laughter outside on the porch. A sound he had begun to miss. But now it was back and he could see why she enjoyed Henri’s friendship so much. Henri had a way to make her all smiles and free from care.


Maven’s mother snuck up behind him. She wrapped her arms around him.

“Are you enjoying your day off?”

“Absolutely, but not as much as our daughter and Henri,” Her dad pointed out, he raised a finger signaling his wife to wait. Seconds later another giggle slipped through the windows.

“He’s a nice boy.” She stroked her husband’s arm, planting a kiss on his cheek.

“I know that. I try to tell myself that every day that I see her take off for his house.”

“She’s happy. Happier than I have seen her in a long time,” her mom said.

He parted the curtain, giving the lovebirds one more look before he took his sandwich and went into the den for lunch.

“I swear I was born with two left feet,” Henri said. He watched Maven’s eye sparkle as she giggled about his poor dancing skills. Her legs draped lazily over his lap. They swayed carelessly on the porch swing.

Henri idly ran a thumb against her thigh, listening attentively

“And they will be the best pictures ever.” She smiled, sitting up and resting her head against Henri’s shoulder, the mood dying down.

Maven touched his face, staring off, stroking the side of it, lost in an awful contemplation. The thought that one day all she would have of him were pictures. She pulled her phone from her pocket.

“What are you doing, Maven?” Henri asked, tugging the beanie from his head and covering his face with it. Maven pulled his arm away from his face.

“I’m making a video of you.” She dropped her feet to the porch standing up. “Say something, Henri.”

Henri sighed. His brown eyes lighting up with amusement, he grinned. “You should be the one on camera.”

He ran a hand through his hair, his eyes looking away from the camera. “Because you’re so beautiful it hurts.”

Maven smiled from behind her phone. “Say something else.”

He stared into the camera lens, a solemn expression creeping across his face. “I’m Henri Levitt. And I have no idea what I am going to do when I have to dance with Maven.” He laughed, springing up from the swing and took off after her, she squealed, bounding across the porch, her bare feet echoing through the wood as she tried to get away from him.

She almost made it to the other end of the porch before Henri grabbed her by the waist, twirling her around in his grasp, her feet no longer on the floor. He set her back down, backing her against the white railing. His hands on both sides not allowing her to escape, he took the phone and turned the camera on her now, positioning the two of them in front of the viewfinder. He kissed her cheek.

“You see that?” he said, talking to the camera. “We just made a memory.” He kissed her again.

Maven’s heart pittered and pattered as he held tight to her chin, kissing her again. He shot a look at the camera, the only witness to the undeniable connection between the two of them. “An everlasting reminder of my amazing kissing skills,” He laughed. Maven snatched the camera away from him hiding her sadness. She knew he was joking, but it still dug at her emotions, making her ready to burst into tears.

Henri watched her take a few steps away from him. Her attention pinned on the video they just made. He leaned against the railing, knowing he had ruined the moment between them. But what could he say? 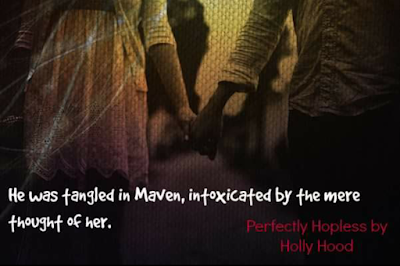 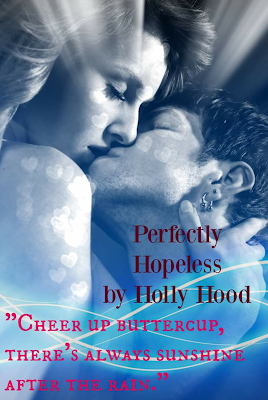 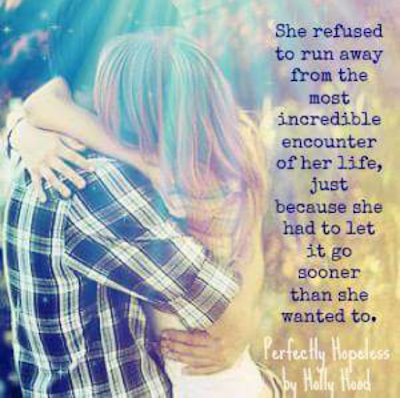 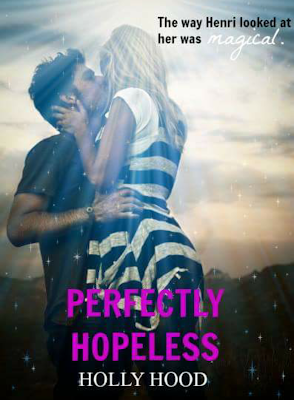 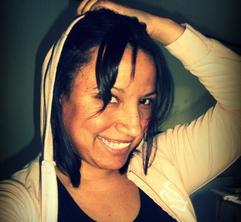 Holly Hood is the author of The Ink Series, the 8th Sin Series and many other romance titles. She lives in Ohio with her husband and four children. When she’s not busy writing, you can find her cozied up on the couch watching reality television. Come visit Simplyhollyhood.com. 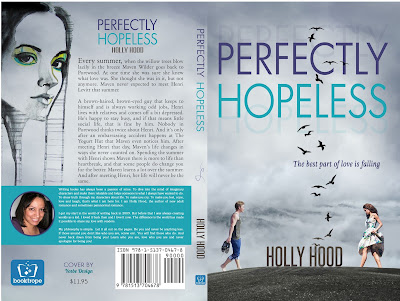