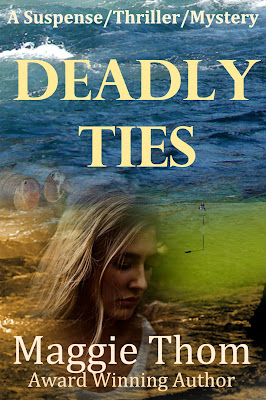 Is her grandmother guilty of murder?

Kyara finds herself pulled into the past needing to solve a 30-year-old crime to determine if it has anything to do with her mom’s recent attack. Kyara is desperately trying to find the one woman who just might have answers – her convicted and recently released from jail, grandmother. She is elusive but seems to be leading Kyara on a path to right some wrongs. Those responsible though, will go to any lengths to keep their secret buried and silence those who know anything. Kyara finds herself locked in a battle but she’s just not sure who really is the enemy. Is Ryan, who’s not who he says he is, there to help her or to stop her at all costs?

Time is of the essence as the golf course that looks pristine and beautiful… is also deadly.

"How exactly do you know my mom?"

"We used to be good friends."

The tone he used gave her the impression that he was talking about something a lot more intimate. Maybe he knew more about what had happened. About to step back and ask him in, her cell phone rang. Pulling it out, she checked the phone number.

"I have to take this." She closed the door but not before seeing his surprised awkward look, the one where the person really wants to say something but doesn't know what. The little niggling of guilt, that was her mother's voice telling her how rude that was, reared its head. She took a deep breath and answered her phone.

"Miss Wilson. Your mom seems to be coming around."

"Don't let anyone near her until I get there." She yanked open the door, almost careening into the man who had the nicest blue eyes she'd ever seen. "I'm sorry. Give me your phone number and I'll pass it on to my mom."

He rattled off some numbers that she quickly entered into her cell phone. "I'm only in town for a few hours, I had a layover on my flight so thought I'd stop by. I was hoping–"

"Sorry. The best I can do is pass on your information. I'm sure Mom will call as soon as she gets a chance." She wasn't about to tell a complete stranger her mom was in the hospital. She pad-locked the front door and scooted down the driveway to her car. Jumping in, she started it and was about to drive off when she realized the man hadn't moved. She stuck her head out her window.

Before she could say anything, he asked, "Is everything all right?"

"No. But then that's none of your business. How long have you known my mom?"

"Forty-nine years, give or take a few." He smiled.

"Damn." She wished she had time to talk to him but wanted to get to her mom's side. She stomped on the gas and took off, spitting gravel behind her.

This story involves three generations of women who live in a small town run by the Jespersen family. The Jespersens are some of the most awful bad guys I've read about in a long time. There are so many awful secrets that the family is involved in.

With Grandma in prison for a murder she didn't commit, although she did commit another murder, and her mother in the hospital after a brutal attack, Kyrara is left on her own to uncover the maze of dangerous secrets surrounding her family and the Jespersens. 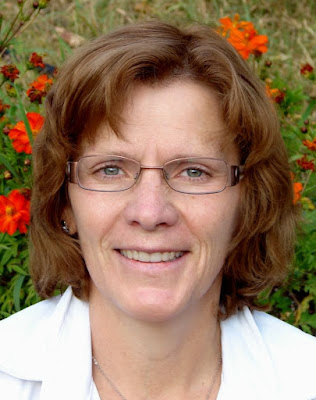 Award winning author, Maggie Thom, took the challenge and leapt off, leaving a fulltime, twenty-year career in management, to write full time. She grew up in a house full of books and often made weekly trips to the library to get more. Reading was her go to, when it was too cold outside to play. She started experimenting with writing at a young age, letting her imagination take her away on many adventures. Maggie has written everything from technical writing, to nonfiction, to fiction for children, youth and adults, along with poems and short stories. She finally settled on her love of puzzles, mysteries and roller coaster rides and now writes suspense/thrillers that will take you on one heck of an adventure. Author of The Caspian Wine Series – Captured Lies and Deceitful Truths with Split Seconds to be out late 2016 – and her other published novel, Tainted Waters (2013 Suspense/Thriller Book of the Year through Turning the Pages Magazine). Her latest novel, Deadly Ties, published May 17th, 2016.
Her motto: Read to escape… Escape to read…
"Maggie Thom… proves her strength as a master of words, plots and finely chiseled characters… she weaves a brilliant cloth of the many colors of deceit.”  Dii - TomeTender

Maggie Thom will be awarding a $10 Amazon/BN GC to a randomly drawn winner via rafflecopter during the tour. Use the link below to enter.

I love reading suspense novels! This looks like a great read and I like that it has female characters.

congrats on the blog tour and thanks for the chance to win :)

Hi Elaine. Thank you so much for reading and reviewing Deadly Ties. There are a lot of twists and turns. Glad you enjoyed it.

Hi Natalie. I hope you get a chance to read it. If you're interested you can get my first novel, Captured Lies for free from my website www.maggiethom.com
Thank you for stopping by.

Hi Lisa. Thank you for stopping by.

Thanks for sharing your review - I can't wait to read this one!

Hi Victoria. I can't wait for you to read it too. :) Just kidding. I do hope you get a chance to read it though. Thank you for stopping by.