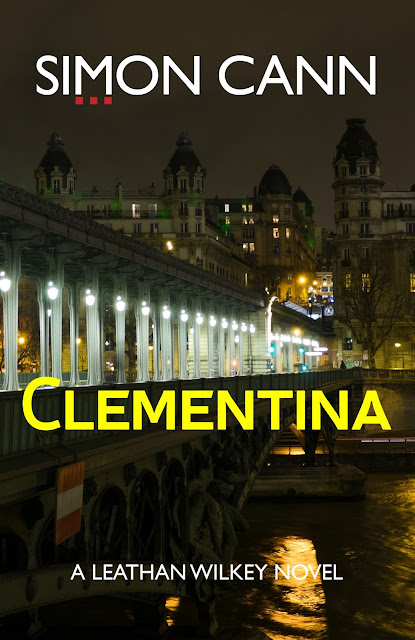 Leathan Wilkey has been hired to babysit Clementina, a seventeen-year-old whose rich daddy is going through a messy divorce and is over-compensating.

Leathan soon tires of her spending habits, her selfie obsession, and her social media preoccupation as his ward drags him from shop to boutique to jeweler, approaching each with the self-possession that comes from a lifetime of getting her own way and never once having to worry about money.

But when Clementina snaps her fingers and her boyfriend doesn’t come running, something is up. He doesn’t appear because he’s been murdered.

When Leathan investigates, he finds that the boyfriend has no background and met Clementina through a connection made by daddy’s business partner.

Daddy’s business partner who has been slowly and progressively putting daddy in a vice, grabbing more of the business, and who is now menacing Clementina directly to manipulate daddy.

She was able simultaneously to be both a child and a world-weary adult. Neither of whom was accepting of my situation; both of whom were deeply saddened by my obvious circumstances.

She was saddened that I could live in a world like this.

Some people are saddened about famine in Africa. Some are saddened about wars or religious fundamentalists imposing their unyielding doctrines on populations, killing and mutilating children and innocent adults. Clementina was saddened and offended—on my behalf—that the world of jewelry and the exquisite pleasure of fine gems set in delicate pieces of lovingly shaped precious metal had been withheld from me.

She knew—as only one who had been indoctrinated into the secret society knew—that if I had been exposed to the world of bijouterie, then I would appreciate the treat that was waiting for me.

What she didn’t know was that I hated being patronized by seventeen-year-olds. Even if their father was paying me. Not that her father and I had actually done anything as tedious as agreeing a fee.

Or talking. Even on the phone.

A Word From the Author

What kind of writer am I?

A reader picks up a book because they want a story. My sole responsibility is to give the reader a great story.

For me a story doesn’t just happen. It’s not something that falls out of my head and onto the page. Instead it’s something that I need to work on and I see the production phase as more of a craft than an art.

I’m what would be regarded as a plotter—I plan my stories out (in detail) before I write the first word. For me, the hard work comes in this planning stage—the easy part, for me, is writing. And it’s easy for me because all I have to do is write.

I’ve never been able to multitask. I see this as a good thing—I do one thing at a time and devote my brain’s entire (although sadly limited) capability to that task. I plan then I write. When I write I know exactly what I need to write—I’m not trying to figure what happens, what happens next, and whether I should add a twist; I don’t need to decide whether the dress is red or blue or if the character is young or old and whether the age of character makes a difference; and I don’t need to wonder what each character knows or whether the scene would work better in a different location. Instead, my entire focus is on telling the story.

I plot, then write. I may fail in my aim, but I always start with a plan. I may get to where I intended and realize that I’ve reached a dull place or I may finish and then have a better idea. But I always have an intended direction before I begin.

And when I’ve finished writing then I review the words to ensure they perform their function without flourish. My aim is for something close to pure story with nothing to distract the reader or pull the reader out of the world of the book. 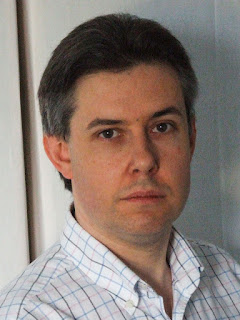 Simon Cann is the author of the Boniface, Montbretia Armstrong, and Leathan Wilkey series of books.
In addition to his fiction, Simon has written a range of music-related and business-related books, and has also worked as a ghostwriter.
Before turning full-time to writing, Simon spent nearly two decades as a management consultant, where his clients included aeronautical, pharmaceutical, defense, financial services, chemical, entertainment, and broadcasting companies.
He lives in London.

The book will be free on Amazon from Monday 25 July to Friday 29 July (inclusive).

One randomly chosen winner via rafflecopter will win a $50 Amazon/BN.com gift card.
Use the following link to enter.

Hello everyone, it's Simon here.

Can I start by thanking Elaine for the kind invitation to participate in this community.

I'm really looking forward to chatting with everyone and to hearing what you're all reading.

I'll be here all day, so if you've got any questions, comments, or thoughts, please jump in.

I enjoyed reading your guest post! The writing process for an author really interests me. Thank you! :)

My pleasure--glad you enjoyed it.

Great post - it's always fun reading about how authors work! Thanks for sharing :)

My pleasure, Victoria. I'm glad you found it entertaining.

Thank you for the excerpt.

This sounds like an exciting and fascinating mystery. Loved the excerpt.

Clearly I'm biased, but I think it's a pretty good book. If the excerpt has grabbed you then why don't you get the first five chapters? You can get them here: http://dl.bookfunnel.com/s1wzzajkj3