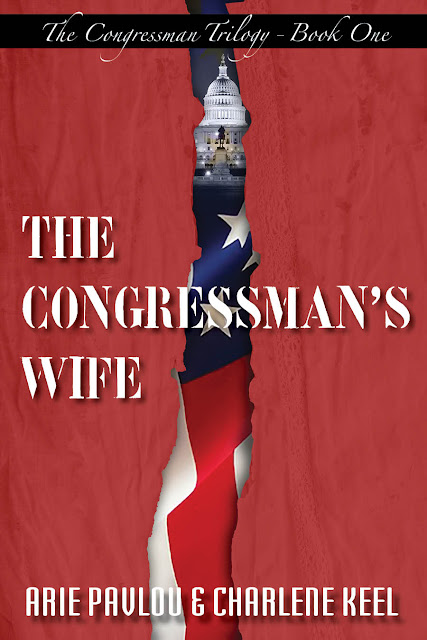 The Congressman’s Wife
by Charlene Keel

All Eden Bancroft has ever been to her high-profile politician husband is a trophy wife, born and bred for the part. She believes she has no choice but to play it—until she meets a talented chef and restaurant heir who makes her feel loved for herself alone. The more her husband uses and belittles her, the more deeply Eden falls for Kaleb. Even with Mitchell’s congressional campaign in full swing, the lovers manage to find brief stolen moments together. When her husband is wounded by a bullet from a disgruntled lobbyist, Eden must stay by his side. What she learns can set her free, if she has the courage to take a stand.

Kaleb had been standing close enough to hear it all—not that he’d intended to eavesdrop.  He only wanted to try and give her some kind of signal—to beg, if necessary—to get a moment alone with her.  When he heard her husband’s caustic words, Kaleb wanted to punch him.  He wanted to take Eden’s hand and lead her out of there, away from the complete jackass her husband seemed to be.

Instead, he followed her into the room where coats were checked for the evening.  The maid who’d taken them was nowhere about, and Eden was digging through the racks when Kaleb walked in.  She looked up, surprised.

“About what?”  She found her wrap and Mitchell’s Brooks Brothers overcoat, draped them over one arm and turned to face him.

“About this thing between us.”

“Look, I’m very flattered,” she began but he cut her off.

“We don’t have much time.”  He moved closer, aching to touch her.  “Your husband will come looking for you any minute.  Just tell me when and where I can see you again.  Alone.”

“No,” he insisted.  “I don’t know why we met or how we’re going to pull this off but I do know one thing.”  He was speaking so softly now that she had to move closer to hear him.

“What?” she asked, her lips just inches from his own.  They were of equal height and he could see how well, how perfectly, they would fit together.

“At least once?” she countered.

He moved closer still.  “Once will never be enough for us.  You know that, too.”

She sighed, lightly, and her sweet breath lingered on his cheek for a moment before she moved away and broke the spell.

“My husband is waiting for me,” she said.  “You’re a little crazy, you know?  You need to forget about this.  I’m married.  I have kids.  I don’t have time for an affair.”

“Have lunch with me.”

“Just let me talk to you.  Give me two hours—maybe over the weekend.  Then if you never want to hear from me again, that’ll be it.  I swear.”

She didn’t say anything for a moment, as if she was considering it.  “As intriguing as that sounds, I’m afraid it’s impossible.  I’m going to the season opening at the Village Resort up in Hunter this weekend, with my best friend.”

“Your husband going too?” Kaleb persisted.

“No.  He has a previous engagement.  Not that it’s any of your business.”

He opened his mouth to answer but Mitchell’s voice rang out in the foyer.  “Edie—let’s go.  Where are you?”

She flashed Kaleb a warning look and called out softly, “Coming, Mitchell.”  Then she left, quickly, before her husband could see Kaleb standing in the shadows.

This election year has been one wild ride so The Congressman's Wife is a timely read. The book is the story of a young woman born into privilege who is betrayed and ends up in a lackluster marriage to a US senator. She's totally bored with it all until she meets a certain young man who studied cooking in Paris. There's a strong attraction between them, but she's married to a prominent man. How could this possible end well? It's a nice read which makes you think of just how much is hidden in Washington. You'll get caught up in the story and not want to put it down. 5 stars 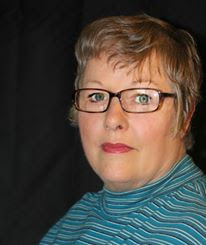 Charlene Keel has written over a dozen novels and how-to books as well as multiple episodes of popular TV shows such as Fantasy Island and Days of our Lives.  Her Dell book, Rituals, was the basis for the first made-for-syndication soap opera.  Recently she co-authored The Tracks, a YA supernatural trilogy.  Shadow Train, the final installment, won a Paranormal Romance Guild Reviewer’s Choice Award.  Keel has also written screen adaptations of novels by bestselling authors, and has worked as editor or managing editor for a few international magazines.  In her spare time she ghostwrites books and screenplays for celebrities, doctors, corporate moguls, spies, strippers and anyone who has an interesting story to tell.

Arie Pavlou is a popular chef who attended Le Cordon Bleu in Paris and then perfected his craft at some of the top-rated Michelin restaurants in France and New York.  He has lived and worked in France, Cyprus and the U. S. and is an avid world traveler who speaks five languages.  He enjoys all sports and has a talent for knife-throwing, which he perfected at Le Cordon Bleu.  Currently Chef de Cuisine at the renowned Bridgehampton Inn in New York, his specialties include Caramelized Baked Alaska, Winter Salad, Roast Lamb Fondue, Wild Game and Poached Pears with Mint Ice Cream.  The Congressman’s Wife is his first novel, and he’s currently writing a cookbook.

Charlene will be awarding a $25 Amazon or B/N GC to a randomly drawn winner via rafflecopter during the tour. Use the link below to enter.