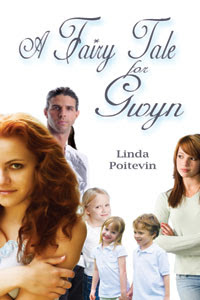 Welcome to the blog! Wild Rose Press author Linda Poitevin graciously agreed to stop by and talk with us. Linda lives just outside Canada’s capital, Ottawa, with her husband, three daughters, and a varied collection of animals. In her spare time, she gardens (organically), cans and freezes the family’s winter fruit and vegetable supply, knits (basically), crochets (better), and starts way more projects than she ever finishes. (Fortunately that doesn’t hold true of her books!) She loves spending time with her family, having coffee with friends, walking by the river and watching thunderstorms…in about that order.


1. Linda, tell me about yourself. Anything you want the readers to know about your background - things that will make us feel like we’re getting to know you on a personal level.

Wow, that’s a big question! Where to even start? Let’s see, I’m happily married with three teen girls, I live just outside Canada’s capital city (Ottawa), I tend to start way more projects than I ever finish (happily that’s not true where my books are concerned!), and apparently I have trouble saying no to pets. Currently we have two cats, a rabbit, a bearded-dragon lizard, and a new puppy. I’m an avid gardener in the summer months and try to freeze and can most of our winter supply of fruits and vegetables; in the winter, I knit (not very well) and crochet (better), and love to curl up by the fireplace with a good book.

2. What genre do you write it? What drew you to write in that genre? If you mix genres talk about that too.

I started out writing romantic suspense, but my first two attempts lie mouldering in my desk drawer, I’m afraid. A Fairy Tale for Gwyn is a contemporary romance and my third completed manuscript. I do have several more ideas for contemporaries/suspense stories, but my latest manuscript is the first book of an urban fantasy series, so I think I’ll be focused on that genre for a while to come.

3. Tell me about your writing day.

Before or after the new puppy arrived? Sigh. Prior to puppy, I’d be up at 5:30 or 6:00 every morning of the week and at the computer between 6:30 and 7:00. I don’t have an office at home where I can close the door and block out the distractions, so I would spend 3-4 hours sitting in a local coffee shop with my laptop (they were wonderfully patient and understanding!). Since Charlie arrived, however, I’m on puppy-sitting duty in the morning, so I’m trying to figure out what will work best for me. I’ve allowed myself a leave-of-absence for a few weeks until life settles down a bit, and then I’m hoping I can begin leaving him on his own for the mornings.

4. When writing a new book how do you decide on the theme, genre or topic?
I’m afraid I don’t have that much say in the matter. Another sigh. My characters tend to tell the story rather than me, and I have no idea what the theme/topic will be until I’m well into the book. I may have an idea of the genre before I get started, but again, that’s their idea and not mine!

5. What are your plans for the future?

Get my children launched into their respective lives, survive the puppy, do some traveling with my husband (Scotland is our first priority), and lots more writing. Ideally, I’d like to be producing one or two books a year.

6. What in your life (movies, books, people) has made a real lasting impression on you? Why?

I think people tend to make the most lasting impressions on me. My mother aspired to be a writer and gave up her dream for family – I think that made me all the more determined not to give up my own dream. My father worked hard all his life and always said he’d relax when he retired, but then he died at the age of 53 – that taught me to live in the moment.

7. Who are some of your favorite authors? Who has influenced your writing the most?

I don’t know that any one author has inspired me more than another. I love good, well-told stories, and I think the writers of those stories have collectively inspired me to be the best I can. My current favorite is Patricia Briggs with her Mercy Thompson series…I so love her world-building!

8. Have you ever started a book and then have it completely turn around and chance course? Tell us about it.

Every book I write changes course on me at least once! I’m a pantser rather than a plotter, and I often have no idea what my characters are going to say or do until the words appear on my computer screen (my husband finds this exceedingly weird!). For me, that’s half the fun of writing!

9. Where can we find out about you and your book (include your publisher’s website and your personal one).

A Fairy Tale for Gwyn can be purchased at The Wild Rose Press (www.thewildrosepress.com). You can find out more about me and my writing at my Website, www.lindapoitevin.com, or at my blog, www.darkangelauthor.blogspot.com. I’d love to have you visit me there!

Ever since her ex-husband walked out four years ago, abandoning her with a toddler and infant twins, Gwyn has been mother, father, and bread-winner all rolled into one. Her own scarred heart and failed marriage aside, she is determined not to open up her children’s lives to the possibility of another heartbreak...until her very own fairy tale falls into her lap -- and the hero won’t take no for an answer!

She tucked the hat into Maggie’s wicker basket on the closet shelf. She tried to take a deep breath, but it lodged in her chest, forming a painful lump that pressed against her breastbone. She stooped to collect Nicholas’ mittens.

Gareth shifted his weight against the door, and awareness of his proximity jolted through her. Her heart hammered against her ribcage.

“Did you hear me?” he asked quietly.

Her children’s voices floated down the hallway to her and Gwyn hesitated a moment, tuning in to the sound. Absorbing it. Letting it ground her. Then she steeled herself and turned to face Gareth, lifting her chin.

“I think we’ve already said everything that matters,” she said. Fierce pride stabbed through her at the resolute firmness she heard in her own voice. But when Gareth straightened up from the door, panic followed hot on pride’s heels.

“It matters that you saw me with Catherine today,” he
said. “And we haven’t talked about that yet.”

“We don’t need to,” she said. “Who you take to a restaurant is your own business.”

“I didn’t take anyone to Au Coin de la Fôret except you, Gwyn. Catherine is my ex-wife. We had some business to discuss, and she suggested the place because it’s out of the way. The local paper has caught wind that I’m in town, and Catherine isn’t fond of the media.”

Gwyn forced herself through the flood of relief brought on by the words ex-wife. It didn’t change anything, she assured herself, because it still wasn’t any of her concern. And neither was that oblique reference to business. “You don’t have to tell me this, Gareth.”

“I wanted to explain.”

“Friends,” Gareth repeated, his voice low. Gruff. “Is that what you want us to be?”

Gwyn couldn’t have forced a reply through her constricted throat if she’d tried, and so she contented herself with a nod, an affirmation of a lie. And then, her back still to Gareth, she closed her eyes and concentrated on not diving headlong into the closet in a desperate attempt to escape.

His voice dropped an impossible octave lower. “And what if I don’t want to be just friends, Gwynneth with two n’s? What if I want more?”
Posted by Elaine Cantrell at 6:36 AM

Elaine, thanks so much for having me here today. I really enjoyed "chatting" with you and talking about some of my writing process. It's a subject I don't give much thought to unless someone asks - so I'm glad you asked!

Have a lovely day,
Linda

I couldn't wait to start your book last night, Linda. What a wonderful debut novel. Congratulations.

Thanks so much, Brenda! And thanks again for stopping by yesterday...it was great to see you! :)

You book sounds fabulous, Linda. I can't wait to read it. Thanks for coming by.

Hi Linda, love your reference to the puppy and before the puppy. I totally hear you. We also have cats. And children, now grandbabies...young nieces nearby.
Finding time for writing can be a challenge. Yes, Scotland would be a lovely spot to visit.
Your excerpt is lovely.

Hi Linda,
fascinating interview - always good to meet up with a fellow author who's also a fellow animal lover! :)

Your book sounds really fascinating -a nd I'm interested in the names - Gwynneth is Welah and so is Gareth. Is there a Welsh connection?

Hi Linda,
fascinating interview - always good to meet up with a fellow author who's also a fellow animal lover! :)

Your book sounds really fascinating -a nd I'm interested in the names - Gwynneth is Welah and so is Gareth. Is there a Welsh connection?

Thanks, Beth, I'm glad you enjoyed the excerpt. And yes, writing around a family can indeed be a challenge...probably why it took me nine years to get serious enough to be published. But that's a story for another day... :)

Hi, Lyn -- thanks for stopping by! Gwynneth was just the name my heroine came with (I didn't have a choice in that one!), but Gareth's character is an actor who was born in Wales (and still retains the lovely accent). I should have known you'd catch that! :)

Thanks again for having me, Elaine - it was wonderful to be here.

I hope you enjoy the book!

Hi Linda and Elaine! Seems like more often than not I'm a day late and a dollar short.

Love the excerpt and interview. Can't wait to start this book. : )

Me too, Wendi. LOL