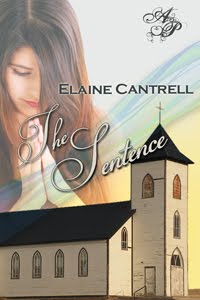 Today's excerpt comes from my only inspirational novel The Sentence.  This scene takes place right after a Christmas pageant.  You can find more samples at http://www.sweetsatsample.wordpress.com
Blurb:
How could he do it! How could her father bring the guy who burned the church into their home for six months? Yeah, it was an accident and her dad’s a minister, but if he wanted to save this man’s soul why didn’t he go to the prison to do it?  And no matter what anyone says, she doesn't watch him all the time!
Excerpt:
Clint took a step closer to her. Goodness, why hadn’t she


noticed how warm the room was behind that curtain? She didn’t


like being so close to him either, but for some reason she didn’t


move away. “Look above your head,” he said.


ceiling fan with a long piece of red yarn.


“So? I imagine the high school kids tied it there so they


When Clint took another step toward her, Rachel’s heart


This time when he stepped forward he took her hand. “Oh,


it isn’t an empty compliment. You’re one of the prettiest women


Rachel’s heart now took off in a mad gallop. She knew she


should leave the empty auditorium immediately, but her feet


Clint slid his arms around her and muttered. “Don’t argue

with tradition.” So saying, he gently kissed her on the lips.

Posted by Elaine Cantrell at 10:13 PM

I love the magic of mistletoe. :-)

It sounds like romance might be in the making! I hope Clint is on the level and is really a reformed hero.

You did a great job of conveying that all-important push-pull of sexual tension (from the heroine's VP.) Looking forward to your next installment!