How To Get Good Reviews On Amazon

Fashionista Friday, folks, scroll on down.  I didn't forget you. 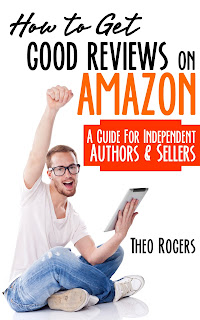 HOW TO GET GOOD REVIEWS ON AMAZON


How To Get Good Reviews On Amazon is a simple, no-nonsense guide that teaches exactly what it says it does. Based on both psychological science and thousands of hours of conversation with some of Amazon’s top reviewers, it takes you behind the scenes into the reviewing subculture that has grown up on Amazon’s website. It gives you a deep, insider’s knowledge of how the top reviewers think and operate. It not only shows you what to do: it takes you inside the reviewers’ heads so that you can see for yourself both how these techniques work and why they’re so effective.

·        A simple, four-part formula for writing emails that get your work reviewed.


·        Three things never to say when communicating with reviewers!


·        How people get caught out when receiving reviews from friends and family.

This book teaches an honest, straightforward approach that works. It works because it’s not based gimmicks or tricks but on a real understanding of how Amazon reviewers operate: most of all on what they expect from authors and other sellers. If you want to know how to talk to Amazon reviewers in a way that will make them respect you as a professional and see you as the kind of seller they actually want to help, this is the book for you.

One of the most fundamental ideas in this booklet is that there’s a definite reviewing subculture that has grown up on Amazon’s website. Like any culture, it has its own particular values and mores: its own ideas about what’s right and what’s wrong. When we come to the issue of shill reviews, we collide headlong with the values of the reviewing culture. As you might expect, most reviewers see shills – and the sellers who use them – as very, very wrong.

Because this section is all about values, I think it’s important to stress that I’m writing here as your guide to Amazon’s reviewing subculture. I’m not writing as a missionary on its behalf.

Simply put, I believe that your journey through the Amazon Jungle will be smoother, easier, and more successful if along the way you’re respectful of the values of the natives who dwell there. For that reason, I’m going to lay out for you some of the more commonly held tenants: the basic beliefs that most of the natives would hold to. It’s not for me to tell you whether you should embrace these values to the core of your being and make them your own. I’m just telling you that as a matter of pure pragmatism, you are going to make trouble for yourself if you ignore them. 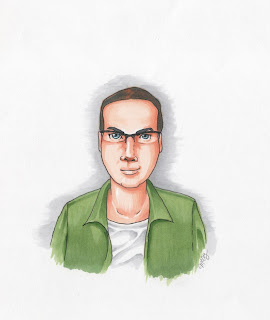 Email ThisBlogThis!Share to TwitterShare to FacebookShare to Pinterest
Labels: book reviews, books. reviews, how to get good reviews on amazon, theo rogers

Just wanted to stop by and say thank you for featuring my book on your blog.

And trust me, Tracy: it is an interesting book! ;-)