Fashionista Friday follows the book blast so read a nice excerpt and then go look at some fashion. 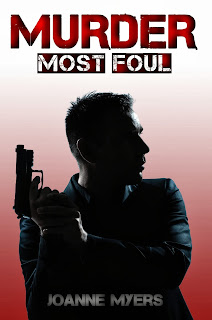 BLURB: When two dismembered torsos wash up on the banks of the local river in the small industrial town of Pleasant Valley, residents are horrified. Between contradicting statements, police ineptitude, lust, lies, manipulation, incest, the motorcycle gang The Devil’s Disciples, crooked cops, and a botched crime scene, everyone becomes a suspect.
The young beautiful Jackie Reeves, a registered nurse, believes the killer is a man from her past. She contacts the dangerously handsome FBI Agent Walker Harmon. An arrest is made, but Harmon and Jackie believe an innocent man is being railroaded by local cops. Determined to find the truth, before anymore killings, Agent Harmon and Jackie are forced to run a gauntlet of deep trouble and turmoil, which marks them for death.


EXCERPT: Undaunted and short on patience, the agent stared at the fat jerk sitting before him gleefully puffing on a cigar, most likely homegrown in Detroit, Michigan, not Cuba. “I attend the Kingdom Hall on occasion,” he said.
“Well most of us like Malloy. He's helped rid this town of criminals. He was a volunteer firefighter, and his wife cooks for the annual policeman's ball. Hell, Malloy even coached volleyball for the kids when he wuz younger. Now a person who does that ain't all bad,” the chief declared.
Barstow's sudden burst of energy to safeguard his fishy friend, picqued Harmon's interest. What had Malloy done? He decided he wasn't leaving until he had the full, sordid story.
“So you and Malloy are pals, and he did something he couldn't get out of, and you tried to salvage his job, but the big shots said, ‘No!' Is that how it went?” Harmon asked.
“Yeah, Malloy did somethin’ real stupid.”
“I'm listening,” Harmon replied.
“The rumors of Malloy allowin' his friends and family members to snoop through the cornfield, and photograph the area after the victims were removed, was true. Everyone is curious about this crime. Nothin' this big ever happened in this town before, and the pictures were for souvenirs, you know. Then after the limbs were removed, he brought in a back hoe, and tore up the whole damned crime scene, involving Thomas.” The chief growled in disgust.
“Yeah, that was stupid,” Harmon said. “So Malloy's unethical conduct was the reason the disciplinary board was in session?”
“Yep, they made their decision this mornin',” the chief said. “He's out. There was nothin' I could do for him.”
“You'd think a cop with over twenty years’ experience would demonstrate better reasoning then destroy evidence. Unless he's covering his own tracks,” Harmon said realizing what he was implying. “Do you believe Malloy committed the murders?”
“Now, I didn't say that. A lot of officers were on this case, so a lot of mistakes happened. We never dealt with this type crime before. Many might have made the same mistakes Malloy did.”
Dismissing the chief's excuses for Malloy's incompetence, Harmon demanded an answer. He was tired of being duped by the local cops and wanted the truth, and wanted it now. Standing and placing both palms on the chief's shiny desk, the agent looked the chief square in his squinty brown eyes and said, “Cough it up, Chief! There's more to it then that. If there were numerous mistakes made by officers other then Malloy, why was he the only one kicked off the force? Now spit it out! What the hell did Malloy do?”
“All right, all right!” the chief whined, “Malloy screwed the dead girl three weeks before she was killed–and got caught!”
The Agent was speechless. Walking to the window overlooking Main Street, he stared vacantly. Hadn't one of our witnesses suggested something like that? But–with the crisp wind howling, the citizens dining in the local cafés, others window shopping for Christmas or starting their shift at the town's businesses–this seems unreal. How can such a seemingly sweet country town be so full of bad apples, savage murders, police misconduct and corruption, evidence tampering? This town is certainly no Mayberry, thought Harmon. 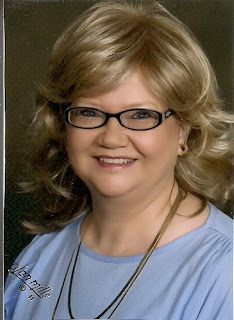 MESSAGE TO READERS:
No matter what difficulties get in your way, never give up on what you love. Whether that be writing, paintings, or sewing, never give up on your art. It will never let you down. I believe in family values and following your dreams.

“Murder Most Foul,” available now at:
www.melange-books.com/authors/joannemyers/MMF.html
Here is the link to buy it directly from LULU:
http://www.lulu.com/shop/joanne-myers/murder-most-foul/paperback/product-21183493.html
My original canvass paintings, can be found at Books and Paintings by JoAnne or http://www.booksandpaintingsbyjoanne.com
http://www.facebook.com/#!/joanne.myers.927
https://www.smashwords.com/profile/view/wwwjoannemyerscom


JoAnne Myers-Author of Murder Most Foul,- Wicked Intentions,- Loves', Myths', and Monsters',- The Crime of the Century,- Twisted Love,- Poems About Life, Love, and Everything in Between, and Flagitious.

My website Blog: http://www.booksandpaintingsbyjoanne.com/page2
Buy Link to Poems About Life, Love, and Everything in Between: http://www.amazon.com/dp/147837022x