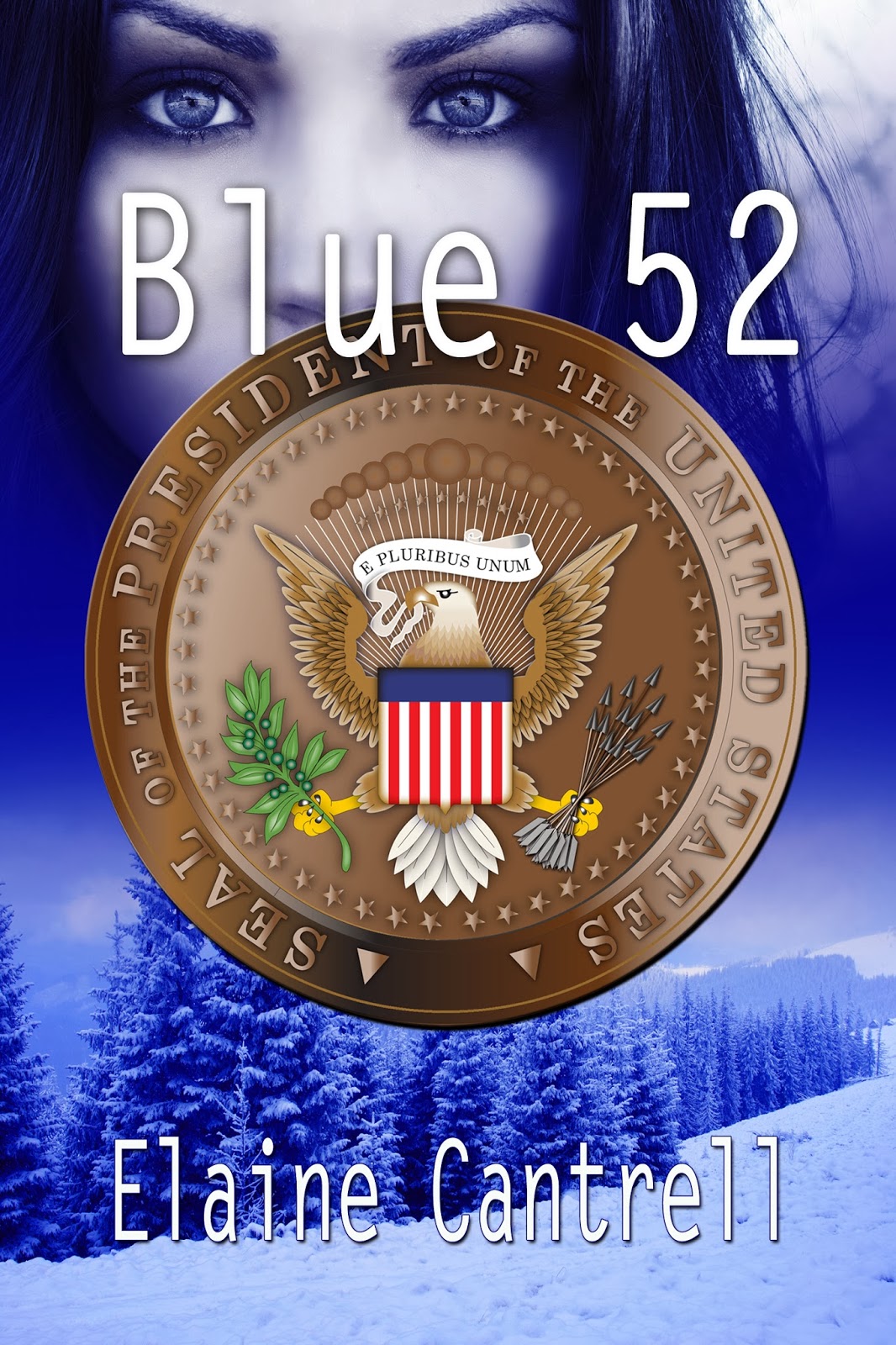 In this excerpt from Blue 52, my heroine runs to my hero after a savage attack.


“I came to tell you…” Kathryn fell silent as a spasm of shivering seized her. She tasted blood and realized she had bitten her tongue because her teeth wouldn’t quit chattering.

Hank fractionally raised her chin to look at the cut on her neck. She tried to stop trembling, but she saw he had gotten blood on his hand when he raised her chin. With a small cry, she wrapped her arms around him and squeezed hard. Hank picked her up and carried her to the living room. He sat down with her on his lap and cuddled her close.

Kathryn buried her face against his neck. With his arms around her, she felt safer. Hank would take care of her; she gave in to her fear and started to cry.

Email ThisBlogThis!Share to TwitterShare to FacebookShare to Pinterest
Labels: assassination, Blue 52, elaine cantrell, mainstream romance, president of the US, romance

Awww... sweet scene. I love the caring that is displayed, and the trust.

Lovely moment for such a scary situation.

yup, who doesn't feel safer with strong arms around them? great scene!

No wonder she ran to him for safety.

Such a fascinating premise for a novel and today's excerpt was very intense. Great snippet!

Yay for trust and comfort! :-)

Sounds like she has a right to be afraid and he's happy to hold her close. Great scene.

This book is so good! Doesn't matter which scene you post from, Elaine. it's good. Your writing is fluid--very easy to read, and this snippet is a fine example of that. :-)

I'm glad he was there for her. I want to know what happens next.