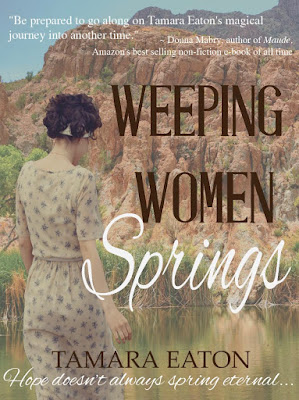 Hope Springs has a secret–the waters mysteriously uplift the spirits of whoever drinks them. When the town’s young men depart to fight in WWII, tragedy strikes. Grief dilutes the waters unique effects, and hiding the village away from the world may provide shelter from the pain—but at what cost? Preoccupied with honoring their loved ones’ memories, five shattered women struggle to gather strength to overcome their loss, and find hope again.

The door at the end of the gym burst open and little Eddie Frolander ran inside. “The Japs bombed Pearl Harbor!” he shouted. “Melvin’s dad heard it on his radio.”

Everything went silent, all but the bouncing ball echoing through the gymnasium. The players surrounded Eddie and everyone began talking at once.

“I don’t know,” I answered. We climbed down the bleachers to join the players.

Nine-year-old Eddie’s words tripped over one another. “I dunno any details, but Mr. Bracht said to tell everyone. He said we might be at war and spread the word.”

“War.” The word was murmured repeatedly through the crowd.

“Pearl Harbor is in Hawaya. The president said they bombed the navy base there.” Eddie’s dark hair fell over his eyes.

Maxine rushed over to Billy and he threw a sweaty arm around her shoulders. At that moment, I longed for a shoulder to lean on too.

Donnie Frolander, Eddie’s older brother, sidled up to me. “If we’ve been attacked, what will it mean?”

“Surely the president will tell us what to do.” I said. “President Roosevelt has seen us through a lot already.”

“Maybe we ought to head over to Mr. Bracht’s house,” Billy suggested.

“The Council was mad when Mr. Bracht bought a battery radio last year,” Donnie said. “But maybe this is a good reason to have a radio in town. Imagine if we didn’t find out until Tuesday when Tularosa comes to play the game. Boy, would we look dumb.”

Set during World War II, Weeping Women Springs shows what happens as five women in a small town experience grief when family members are killed during the war. The town, named Hope Springs, is a special place that has a spring behind the general store. The water is supposed to elevate everyone's spirits, but when their men died in war, the springs seem to stop working so well.

The characters are full realized people that I enjoyed meeting. I think you'd probably like the book too if you've experienced grief yourself or if you like stories about the home front during World War II. 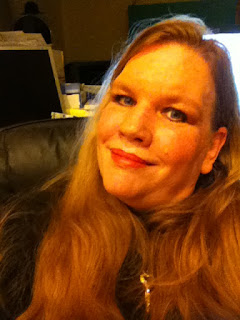 Tamara Eaton is a "western woman." She divides her time between Nevada, New Mexico and South Dakota where she and her love spend their summers renovating an old school. Wide open spaces of the desert and prairie are often portrayed in her work.

A former secondary English teacher, she grabbed the opportunity to create her stories after she left the classroom. When not writing, she works with other writers, editing and polishing their stories and poems.

Tamara Eaton will be awarding a $10 Amazon/BN GC to a randomly drawn winner via rafflecopter during the tour. Use the link below to enter.
a Rafflecopter giveaway

Posted by Elaine Cantrell at 3:45 AM

Thank you so much for hosting me and for your kind review.

I'd be happy to answer any questions regarding the American homefront during WWII.

If you had to choose to live without one of your five senses, which one would you give up?

Mai T, tough question. I think of the five senses I'd say smell. It would be difficult not to smell things like flowers and baking bread, but it would be easier to live without that sense than sight or hearing.

Becky Richardson: I'm an eclectic reader and read just about everything from romance, to literary, to thrillers and suspense to mysteries and historical. What is your favorite genre?

Thank you for your honest review, much appreciated!

Thank you for the review.