Beyond the Book: Civil War Culture

Photography was an important part of culture back in the Civil War days. The Civil War was the first war to extensively photographed. Photographers went into army camps and battles to capture the death and carnage that was so prevalent. Matthew Brady, who was already famous, was probably the most important photographer of all. He decided to make a record of the entire war so he hired some other men to help him and sent them into the field to catalogue the war.

It wasn't easy taking pictures back then. The photographers had to transport them heavy equipment in horse drawn wagons, and their darkrooms were less that ideal.

Brady exhibited his first pictures in 1862 in New York. Since most Northerners had never been near a battlefield, they were horrified at what they saw. I've posted a few of the pictures below. If you'd like more information about Civil War culture you can go to www.history.com. 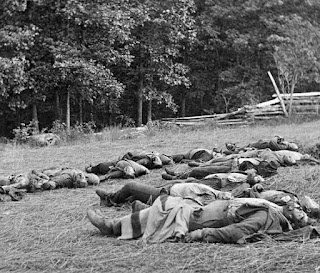 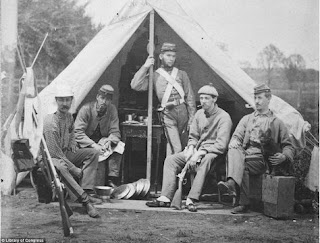