THE ROYAL NANNY
by Karen Harper

In 1897, a young cockney nursemaid takes her first train ride, leaving London for the lush and sprawling Sandringham Estate, private home to Britain’s royal family. Hired by the Duke and Duchess of York to help rear their royal children, Charlotte Bill is about to become privy to all the secrets families hide, and caught between the upstairs and downstairs worlds.

Of course I’d been out on the for-hire steam launch on the Thames my father captained, but in the railway carriage, I felt I was flying.  It was noisy too, here in third class with the huge engine just ahead, huffing and blowing smoky steam which dashed past the windows.  .  Where I sat was quite plain with the leather seats a bit worn and cracked, but I felt I was in a magic cart to the moon anyway.  My father had said the tracks would be well-kept since this was the route the royals themselves used to get to their Norfolk estate where I was headed.  But when he’d put me on the train, he’d been disappointed that none of the royal carriages were on this run.

As I was sent for to become undernurse to the royals at York Cottage on the Sandringham Estate, it was the first time I’d been in a railway carriage and the first time so far from home.  I was going one-hundred-and-twenty miles from London, and didn’t have to pay for the passage ticket either!  Maybe that would be one of the grand things being in service to the royals, because Mama said they were all rich, rich, rich.  Honestly, I didn’t care a whit about that, just that I could better my station and send some money home in these tough times, but how I missed my former and now grown toddlekins from Dr. Lockwood’s family in London.  They didn’t need a nurse anymore, all grown up to only need their new stepmother. 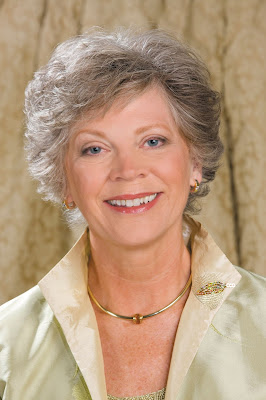 NEW YORK TIMES and USA TODAY bestselling author Karen Harper is a former university (Ohio State) and high school English teacher. Published since 1982, she writes contemporary suspense and historical novels about real British women. Two of her recent Tudor era books were bestsellers in the UK and Russia. A rabid Anglophile, she likes nothing more than to research her novels on site in the British Isles. Harper won the Mary Higgins Clark Award for DARK ANGEL, and her novel SHATTERED SECRETS was judged one of the Best Books of 2014 by Suspense Magazine. The author and her husband divide their time between Ohio and Florida.  For more information please visit: www.karenharperauthor.com

A randomly drawn commenter will receive a digital copy of the book. Use the link below to enter.

Thanks for hosting the giveaway for my THE ROYAL NANNY. From an excited but tired author. Karen Harper