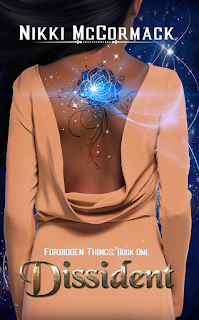 BOOK 1: DISSIDENT
Ascard power can strengthen, heal and create. It also has great potential to destroy, enough to topple entire governments. Indigo’s country places strict limitations on the use of ascard so she must channel her talents into the healing arts or risk severe punishment. An orphan from a disgraced family, trapped by her father’s treason, Indigo struggles to reclaim her place in a society that has driven her into an abusive engagement.

Then a mysterious stranger from a neighboring country contacts her using ascard. He needs help escaping his prison so he can bring an end to his emperor's oppressive rule or die trying. His unshakable devotion to his cause and the passion hidden behind his cool arrogance move her to help him at the risk of being branded a traitor herself.

When the politics of society bring them together a second time, Indigo decides to use her growing powers to help him fight his war. If only she dared fight for her own future with such passion. Perhaps she can find the courage to do so by helping the man she has fallen for win his revolution. She might have exactly the power he needs to succeed. 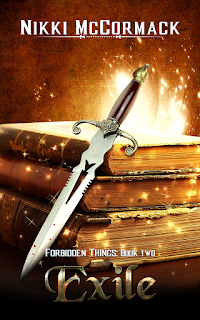 BOOK 2: EXILE
Yiloch, the newly crowned Emperor of Lyra, stands accused of arranging the assassination of the Caithin royal family. Torn between love for Yiloch and her close ties with the royal family, Indigo wants nothing more than to prove the accusation false, but the evidence puts the blood of the family on his hands.

Trying to protect the Lyran prince from the swift descent of Caithin justice, Indigo exposes the workings of an enemy who is willing to kill to protect his secrets. In desperation, she unleashes magic that sends Yiloch deep into the desert of Kudan before fleeing for her life. She must find him again to save his life as well as her own.

Betrayed by ally and by love, stranded by uncontrollable magic, Yiloch struggles to make his way back to the Lyran capital before Caithin can declare war, but standing between him and his empire is a lethal new enemy, wielding magic unlike anything his people have faced before. 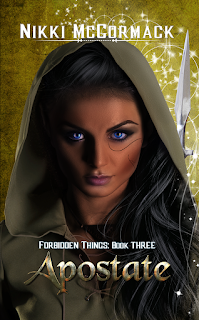 BOOK 3: APOSTATE
Being rejected by the man she loves hasn’t stopped Indigo from trying to save his country. Since her own country now sees her as a traitor, she must look elsewhere for help. While Yiloch rushes back to the capital to prepare his empire for battle against an enemy that appears untouchable, Indigo turns to the least likely place to build an army of her own.

The Kudaness, split apart by intertribal rivalries, are bound together in several things, not the least of which are their hatred of her people and their belief that using ascard is an affront to their gods. If she can convince them to excuse her those sins, she still faces the challenge of persuading them to go to war on behalf of their Lyran neighbors. Even if she succeeds, they must defeat a powerful army and then she will have to find a way to clear Yiloch’s name and prove to her country that she is no traitor.

And somewhere out there, Myac is still hunting them both. 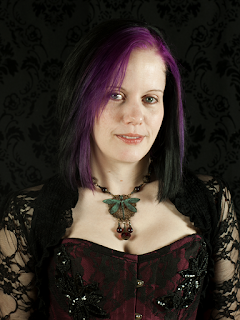 Author Bio
Nikki started writing her first novel at the age of 12 (which is still tucked away in a briefcase in her office). Despite a successful short story publication with Cricket Magazine in 2007, she treated her writing addiction as a hobby until a drop in the economy left her with an abundance of free time to focus on making it her career.

Nikki lives in the magnificent Pacific Northwest tending to her awesome horse, manipulative cats, and a crazy dog. She’s a wine and tea fanatic who loves sitting on the ocean in her kayak surrounded by open water or hanging from a rope in a cave, embraced by darkness and the sound of dripping water. She also enjoys horseback riding, archery, PC gaming, dancing, good anime, etc. She studies Japanese and practices Iaido because she believes we should never stop learning.

Why do you think people love to read fantasy novels?

I’m not sure if everyone approaches reading fantasy the same way I do, but for me it is the aspect of adventure and discovery that I most love about fantasy fiction. Fantasy authors get to take the world we know and give it a whole new spin, making the ordinary extraordinary, or they can take us to a completely new world where we get to discover everything for the first time through the portal of the author’s imagination. Fantasy worlds must have rules, but so long as they follow their own rules, the author can make anything possible.

Fantasy can be a rewarding escape from the world we live in every day. Whether we merely need a few minutes to decompress or we want to experience the kind of grand adventure that we can’t get in everyday life on Earth, fantasy can meet our needs. There is no better way to leave work or school behind at the end of a long day then to open a fantasy novel and step completely out of the world we know.

I also feel that fantasy can provide a medium through which people can learn to better understand real world issues. Because the fantasy world isn’t real it is sometimes easier to read about and process issues like slavery or prejudice, to name a few, and learn to understand them from different perspectives. Fantasy can explore real world issues and try different approaches to them because it isn’t restricted by the reality of our world in the same way it can, for example, explore the idea of how living with magic might change people as a species and as individuals. For me, this just one more thing that makes fantasy a very unique and wonderful genre to read and write.

The author is giving away a $25 Amazon gift certificate. Use the link below to enter.

Thank you for hosting a stop on the tour!