Beyond the Book Civil War Music

Art and music always reflect the times they are written in. Think of the many songs associated with wars, for example. Almost everyone has heard the Marseillaise, the song of the French Revolution. And at the beginning of the 20th century new schools of painting arose to match the new technological world.

It was no different during the Civil War. Both the North and South had favorite songs, and sometimes they both laid claim to the same music.

If you were a Consfederate, you probably loved the following:
Dixie
Lorena
Bonnie Blue Flag
Goober Peas
The Yellow Rose of Texas

If you lived in the Union you probably liked:
Marching Through Georgia
Battle Hymn of the Republic
Just Before the Battle
All the Pretty Little Horses
When Johnny Comes Marchings Home Again

There was no way to record music back then so people bought sheet music. It generally consisted of a booklet of booklet of two, four, or six pages. The covers were attractively illustrated, and the back usually had advertisements.

My Fortuna heroine Aimee Sherwood had no interest in the Civil War until a guy she really likes, maybe more than she should, moves into a Civil War era home and started talking about it.
Fortuna is available at http://www.amzn.to/23yoW2d . 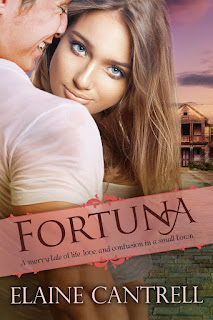