She's the One Who Gets In Fights 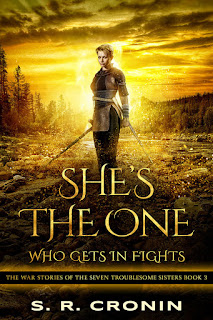 She’s the One Who Gets in Fights

(Book Three of the War Stories of the Seven Troublesome Sisters)

Do you know what your problem is?

Sulphur knows hers. This 13th-century woman has trained as a fighter all her life in hopes of joining the army. Then, within days, both of her older sisters announce plans and suddenly Sulphur is expected to find a man to marry instead.

Is it her good fortune her homeland is gripped by fear of a pending invasion and the army now goes door to door encouraging recruits? Sulphur thinks it is. But once she’s forced to kill in a small skirmish, she’s ready to rethink her career decision. Too bad it’s too late. The invasion is coming, and Ilari needs every good soldier it has.

Once Sulphur learns Ilari’s army has made the strategic decision to not defend certain parts of the realm, including the one where her family lives, she has to re-evaluate her loyalty. Is it with the military she’s always admired? Or is it with her sisters, who are hatching a plan to defend their homeland with magic?

The problem with being a woman who fights for what’s right is that now, she has to figure out what is.

(The War Stories of the Seven Troublesome Sisters consists of seven short companion novels. Each tells the personal story and perspective of one of seven radically different sisters in the 1200s as they prepare for an invasion of their realm. While these historical fantasy/alternate history books can be enjoyed as stand-alone novels, together they tell the full story of how Ilari survived.)

Two rivers run out of the high mountains to our north and define the shape of Ilari. The Wide River forms the western border of the realm before it takes a big, slow turn and becomes even wider, forming our flood-prone southern border as well.

The narrow Canyon River rushes through a rocky gorge along our northeast, forming the realm’s border along all our driest nichnas. That leaves the marshy lowlands of the east as the only easy way to enter Ilari.

A third river, the Little River, divides the realm. It starts in a series of springs in mountainous Tolo and meanders its way through the realm to flow through Pilk, our most populated nichna. Most of Pilk’s ten thousand people live along this river in houses clustered closer than homes in other parts of Ilari.

I’d been to Pilk often as a child, and did my advanced studies there as I grew into adulthood. I’d never been inside the Svadlu headquarters, although I’d walked by and admired it many times. I didn’t expect such beautiful construction inside and such well-tended courtyards hidden from public view.

I understood now that a Svadlu did more than keep the peace. A Svadlu swept walkways, trimmed shrubbery, and repaired roofs, doing whatever was necessary to maintain the army and its home. Somewhere along the way, I’d glamourized a life that was, of necessity, often mundane.

So, was I happy to be here anyway, possibly about to be assigned to gardening chores? You bet your sweet arse I was. Even doing dishes or carrying rocks, I’d be doing it as a Svadlu and no one could take that honor away from me now. 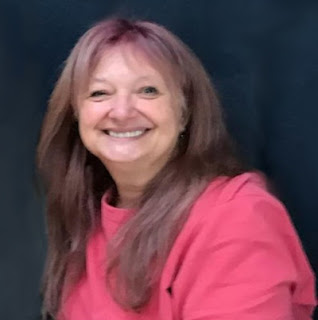 Sherrie Cronin is the author of a collection of six speculative fiction novels known as 46. Ascending and is now in the process of publishing a historical fantasy series called The War Stories of the Seven Troublesome Sisters. A quick look at the synopses of her books makes it obvious she is fascinated by people achieving the astonishing by developing abilities they barely knew they had.

She’s made a lot of stops along the way to writing these novels.  She’s lived in seven cities, visited forty-six countries, and worked as a waitress, technical writer, and geophysicist. Now she answers a hot-line. Along the way, she’s lost several cats but acquired a husband who still loves her and three kids who’ve grown up just fine, both despite how eccentric she is.

All her life she has wanted to either tell these kinds of stories or be Chief Science Officer on the Starship Enterprise. She now lives and writes in the mountains of Western North Carolina, where she admits to occasionally checking her phone for a message from Captain Picard, just in case.

S. R. Cronin will be awarding a $25 Amazon or B/N GC to a randomly drawn winner via rafflecopter during the tour.

Thanks for having me here! I can't seem to open up the excerpt in my browser. Is there some trick I am missing?

I'm a huge fan of Sherrie R. Cronin and her work. I love her books.

Thanks Rita, Audrey, bn100 and Sherry. I appreciate your comments and your encouragement! Good luck in the give-away.