Naleighna Kai is a national bestselling and award-winning author of several controversial novels, contributor to a New York Times bestseller, and the E. Lynn Harris Author of Distinction. She has penned Every Woman Needs a Wife, Loving Me for Me, Was it Good For You Too?, Open Door Marriage, She Touched My Soul, Rich Woman’s Fetish and other contemporary fiction novels that plumb the depth of unique love triangles and women’s issues. In addition to successfully cracking the code of getting published and landing a deal with a major publishing house, she continues to “pay it forward” by organizing the annual Cavalcade of Authors which gives readers intimate access to the most accomplished writing talent today. She also serves as CEO of Macro Marketing & Promotions Group which offers aspiring authors help with editing, publishing, marketing, and other services to jump-start their writing ambition. Additionally, she is Editor-in-Chief for Naleighna Kai’s Literary Café Magazine and Acquisitions editor for NK Recommends—a mail order book service that caters to a select audience. She was born and raised on the Southeast side of Chicago, the setting for most of her novels and where she is currently working on her next books: Slaves of Heaven and Mercury Sunrise.

She Touched My Soul Michael “Magic” Arrington’s sudden fame and startling climb up the music charts skyrocketed him into the world of Hollywood glitz and glamour. While all was exciting and wonderful at the beginning, the shady undertakings of the music business caused his life to take a downward spiral, ultimately separating him from his family and his hold on reality. Then he met Maya. Maya Gervais has completely distanced herself from her past, even going as far as changing her identity to protect her from the one man who wants her dead. She is a civic-minded lawyer who champions for clients who are victims of domestic violence and sexual abuse. So trusting someone enough to fall in love was never a consideration, especially since it could cost her much more than she was willing to give. After the two have a chance meeting at a concert, a daring escape leads to an exploration of pain and pleasure that sets them both on the path to healing and an into an unlikely romance. However, the path to blissful happiness is never an easy one, as they both have their own demons to confront, including Michael’s jealous manager and Maya’s reluctance to deal with things she would rather forget. She Touched My Soul is a gripping, engaging novel of loss, love, and everything in between. Website: http://www.naleighnakai.com

Angelia Vernon Menchan is wife, mother, nana and mentor. Since January 2006, she has published 34 printed books and an additional 124 ebooks through her small publishing company, MAMM Productions. She is also the Co-founder of Honorable MENCHAN Media, through which she has published books for 15 authors to date. Her personal motto is, ‘There is abundance through God for all of us; we simply have to be open for our blessings.' In 2017 she decided to add her hallmark phrase “Just LOVE” to coffee mugs and tee-shirts. This phrase has taken on a life of its own! In addition, Angelia is a prolific public speaker and mentor to women of all ages. She resides in Jacksonville, Florida with her husband and cover designer, Maurice Menchan.

Kent and Cina Markham are returning home to start their own business with the thirteen year old son, Kente. Kent has decided that though Kente is a good kid with great grades he is too soft. To correct that he tells Cina ‘hands off’ he’s taking over from there. Cina is miffed but concedes. The thing is who is really schooling whom? Not only that who assists Cina when Kent is mostly focused on his son? Schooling His Son deals with complex father and son and husband and wife issues, realistically. Website: http://www.angeliavernonmenchan.com 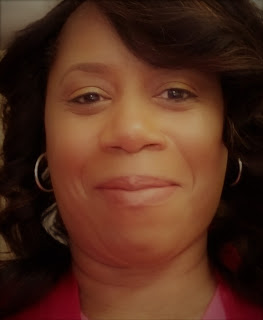 Michelle D. Rayford knew she wanted to write books the moment she won a literacy contest in the fifth grade. The writing seed was planted. It only took a couple of decades for that seed to bear fruit. Michelle was never good at gardening. Even while pursuing a degree in Business Administration, working a government job, getting married and having two daughters, the stories didn’t stop churning in her head. Some even made their way into print in the form of poems, short stories and blog posts. Michelle lives in a Southern city where she spends any free time reading, writing, listening to 80’s music and playing NBA2K. She can be contacted at mdrayford@gmail.com or through her website www.michelledrayford.com

Moment of Truth Adrienne always wanted a child. Too bad her husband, Logan, doesn’t. When Adrienne decides to have the baby, her marriage is tested in new ways. Her husband’s reluctant acceptance of their son comes at a price Adrienne doesn’t know she is paying. She has the life she always wanted. So, why isn’t she happy? Logan’s focus has always been on taking over the family law firm. Having a beautiful woman as his wife completes the picture. When a wealthy client comes to town, Logan seizes the opportunity to surpass his father and put the law firm on the map. If only he can keep his wife in line and his own secrets from coming out. When the past makes its way into the present, will the truth finally set Adrienne free?

Pat Simmons has penned more than thirty-five titles. She is a self-proclaimed genealogy sleuth who is passionate about researching her ancestors, then casting them in starring roles in her novels. She is a three-time recipient of the Romance Slam Jam Emma Rodgers Award for Best Inspirational Romance. Pat describes the evidence of the gift of the Holy Ghost as a life-altering experience. She has been a featured speaker and workshop presenter at various venues across the country. Pat holds a B.S. in mass communications from Emerson College in Boston, Massachusetts. Website: http://www.patsimmons.net

Three sisters living in three different cities (Baltimore, St. Louis, and Nashville) make a pact to share responsibilities for their aging relative after authorities find Aunt Tweet across state lines. Her destination had been a neighborhood grocery store. The siblings soon learn the definition of caregiver includes a cup full of patience, a slight sense of humor, and when to cry out for help. Women juggle between career and family all the time, but Tabitha Knicely (St. Louis) is struggling to find a balance. Romance is the last thing she is trying to add to her list. The Aunt Tweet she knew all her life is not the same one who is residing in her home when she accepts the role as a caregiver for six months. Overwhelmed can’t begin to describe her emotions. Marcus Whittington is an opinionated, successful business owner, but he has a soft side when it comes to the elderly. They remind him of good memories of his grandparents. When Aunt Tweet is the mystery woman who stakes out his porch, he becomes concerned that she is not being taken care of properly. He sheds his misconceptions about what Tabitha isn’t doing right when he discovers that every caregiver needs a caregiver. Marcus knows in order to win Tabitha's heart; he has to charm Aunt Tweet's too.


Follow the tour here. Book you own tour at Write Now Literary Tours.
Posted by Elaine Cantrell at 3:30 AM