Beyond the Book: Inspiration 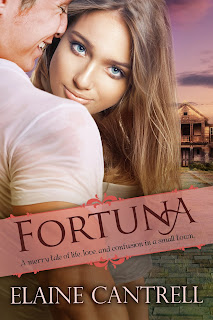 Once upon a time, there was a little boy named David. He had one sister who was fourteen years older than him, and his best friend was an imaginary pink rabbit. The rabbit is not surprising if you consider that the little boy’s grandmother is a writer. The child had to get his imagination from somewhere, right? David was Grandma’s biggest fan, probably because he admired her book video trailers.

Time passed and David’s sister got married. The little boy soon idolized Josh, mostly because Josh owned a gym and taught people how to wrestle WWE style. The boy’s sister thought she’d give wrestling a try too, but she didn’t like getting flipped around and hurt so she gave it up in a hurry.

Grandma thought that wrestling was too violent for little David, but his father let him watch it anyway. After one exciting match, the little boy demanded, “Grandma, write me a book about wrestlers.”

Grandma resisted. Wrestling was not her cup of tea, but like all good grandmas, she caved and said she’d do it. She consulted with Josh and soon started her first romantic comedy, which she called Fortuna. Not wishing to have all the action in a wrestling ring, Grandma had one match in chapter one, and then her wrestlers retired to West Virginia where the adventures just wouldn’t stop coming.

And that, dear friends, is where Grandma got the idea for Fortuna.

What's the best review you've gotten for this book?


Reviewed in the United States on February 16, 2016
While the story centers on Aimee and Cade the other characters are well developed. So much so that I was very interested in June’s story. The small town where Aimee moved to is filled with quirkiness and charm. It is the sort of place you would want to visit on vacation. Seems like it would be a lot of fun.

Cade and Rocky were both wrestlers and Aimee worked for Rocky so there is enough wrestling in the story to make a girl who used to watch wrestling back when it was called WWF miss it a little bit.

After purchasing a historical house Rocky wants to restore it and there the journey really starts to take off. Being thrown into all of this history Aimee makes the best of it and starts her own business creating period costumes. I really enjoyed the growth that Aimee went through, getting to see her develop and learn what she wanted out of life.

The story was a cute and fun read