Betrayal At The Border 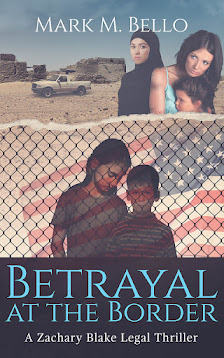 Betrayal at the Border

In Betrayal at the Border, attorney Zachary Blake returns to tackle two cases that strike at the heart of our nation's contentious immigration debate.

In Riverview, Michigan, undocumented immigrants Miguel and Mary Carmen Gonzalez are determined to realize the American dream. They find jobs at a local filler plant, have children, and lead an all-American life, that is until ICE raids their plant . . .

Canan and Karim Izady are naturalized citizens of the United States. They have immigrated legally from Kurdistan and have an American born daughter, Hana. Unable to persuade her mother to follow the young family to America, Canan and Hana travel to an ISIS hotbed so the child may meet her grandmother for the first time. With the war over, what could possibly go wrong?

But, for the first time in a long time, Blake is out of his element—immigration law calls for the expertise of his specialist/partner, Marshall Mann. Together, two extraordinary lawyers take on a terrorist network and a broken immigration system. And master investigator Micah Love returns, racing against the clock to prevent tragic circumstances. In our politically charged, anti-immigrant international climate, will a Hail Mary be their only move?

Award-winning legal thriller author, Mark M. Bello, pits our nation's broken immigration system against important human and social justice rights issues, spinning a tale that shines a bright light on the everyday fears of immigrants all over these United States. Can Blake, Mann, and Love prevent a Betrayal at the Border?

The Gonzalez children were both born in Lincoln Park. The city was a part of the Downriver Community, southwest of Detroit. Their little three-bedroom bungalow was the only home they had ever known. In a city of approximately 37,000, only 20% were of Latino descent, nearly a 50% increase since 2010.

Emma and Emilio’s parents, Mary Carmen and Miguel Gonzalez, immigrated to Lincoln Park in 2011 when Mary Carmen was pregnant with Emma. Papa found a job, mixing compounds at an adhesive and filler plant in nearby Riverview. Emma was born soon after her parents moved into the house. Two years later, her little brother was born.

When they were old enough to be placed in daycare, Mama secured a job at the same filler plant as her father. The two siblings depended on each other. They were attached at the hip until Emma was old enough to go to Kindergarten. It was a very traumatic time for Emilio. He started behaving as if his sister died.

Emma promised to play with him after school, but Emilio carried on to the point where Emma pushed back and refused to go to school. Promises of candy and ice cream after Mama got home from work finally persuaded both children to go separate ways. As time went on, they adapted to the new routine.

Two years later, Emilio started Kindergarten, and all was forgotten—the siblings were reunited at Raupp Elementary School. Both children spoke fluent Spanish and English and did well in school. The children were now entering fourth and second grade, respectively, and thriving.

The Gonzalez children made friends easily and were well-liked in the school. Emma and Emilio were Americans. Although Mama taught them Venezuelan games and customs and tried to convey a sense of their Latino heritage, the kids had experienced life in no other country but America. They spoke fluent English, celebrated the Fourth of July and Thanksgiving, and proudly recited the Pledge of Allegiance. Emma collected dolls while Emilio collected baseball cards—he worshipped Miguel Cabrera of the Detroit Tigers and treasured his 2012 Cabrera Triple Crown card. Emma and Emilio did everything other American children did.

Their parents were determined to raise them in America, with American values and an American education. They dreamt of a better life, with higher education and, perhaps, affluence for their children. But these dreams were clouded by a secret reality—the Gonzalez family, as ‘American’ as they appeared, protected an important family secret, far more important than the Frozen game. This one could derail all of their dreams.

Emma and Emilio were taught to be careful and quiet, even though they didn’t understand why this was a big deal. But they knew Mama and Papa feared their secret would one day be discovered. Their parents’ fear was so intense; Emma and Emilio were frightened too.

Emma was conflicted. Mama once taught her that telling and keeping secrets was bad. She shouldn’t tease her little brother by telling him she knew something he didn’t know. She shouldn’t keep things from her friends, and, most of all, she shouldn’t keep any secrets from Mama and Papa. So, why was this secret okay?

Mama carefully explained the delicate situation to her children: She and Miguel came into the country legally but stayed longer than they were welcome. As a result, Mama and Papa were not citizens and did not have the protection some of their friends’ parents had. They could be picked up by the police at any time, put in jail, and even sent back to Venezuela, where conditions were terrible, especially for people who ran away and were later returned by government mandate. It didn’t matter if their minor children were citizens. If the family secret were discovered, her mother decried, it could mean hasta la vista, forever.

The threat of permanent separation from her parents terrified Emma. A secret preventing her from losing them, perhaps forever, was one worth keeping. Emilio was too young to understand, but Emma made him pinky swear to silence.

No. I first wanted to be a baseball player, then a doctor, then a lawyer. After practicing law for 45 years, I sat down and wrote my first novel at the age of 65.

Betrayal of Faith was based upon an actual case I handled back in the early 1980’s. A priest had sexually molested two young boys and the Church was covering up the crime. I was a young sole practitioner 7 years out of law school. I took on the Goliath Defendant, traveled to 7 states, interviewing witnesses and uncovering the cover-up and I beat them, obtaining a significant result for my client. I promised myself I would one day write a book about the experience and the result is the award-winning novel, Betrayal of Faith.

There are many who write in my genre who I love. I enjoy lots of John Grisham novels, but not all of them. Scott Turow is consistently good, Scott Pratt was a talented legal thriller author, as is Steve Martini. The best of all in this genre was To Kill a Mockingbird, by Harper Lee, the novel that inspired my legal career.

The best is writing—the worst is sales, promotion, and marketing. I wish I had the secret sauce or a magic wand.

I just released by 7th Zachary Blake legal thriller, Betrayal at the Border.  I am currently working on the 8th thriller, a murder mystery. I have also just finished a Jewish recipe cookbook, featuring Zachary Blake’s fictional family recipes from generation to generation, some as old as 140 years. I have also written 4 children’s picture books on social justice/safety topics that are currently being illustrated by a multi-talented illustrator. I have been quite busy there days. 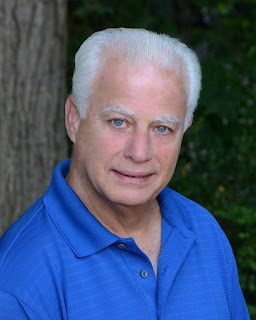 As an attorney and civil justice advocate, author Mark M. Bello draws upon over 40 years of courtroom experience in his Zachary Blake Legal Thriller Series.

A Michigan native, Mark received his B.A. in English Literature from Oakland University and his law degree from Thomas M. Cooley Law School. After working extremely high-profile legal cases, Mark wanted to give the public a front-row glimpse of what victims face when standing up for justice.

Combining his legal experience and passion for justice with a creative writing style, Mark not only brings high-quality legal services to his clients but captivating novels to his readers.

When Mark’s not writing legal and political novels, he writes and posts about fairness and justice in the civil justice system on his website, Legal Examiner and NotFakeNews. In his spare time, Mark enjoys traveling and spending time with his family. Mark and his wife, Tobye, have four children and 8 grandchildren.

Mark M. Bello will be awarding a $25 Amazon or Barnes and Noble GC to a randomly drawn winner via rafflecopter during the tour.

Happy Friday! Thank you for sharing your interview and book details, this sounds like an excellent read

I enjoyed the excerpt and Betrayal at the Border sounds like an excellent book for my dad! Thanks for sharing it with me and have a magical holiday season!

Thanks for the great excerpt. Betrayal and the Border sounds like an intriguing book.