Summerset Abbey: A Bloom in Winter

﻿
Welcome to T.J. Brown's book tour.  After you enjoy these excerpts, you can scroll down for Beyond the Book.  Today, I'm showing you Jenna's new dining room.  T. J. will be awarding to a randomly drawn commenter during the tour a 4 piece Whimsical Butterfly Tea set. The tea set is handcrafted by artist April Cook of white stoneware slip and painted with a unique whimsical design of a butterfly in lime green and plum glaze. It is both dishwasher and microwave safe. The set includes a 32 oz. tea pot with lid, creamer and sugar bowl. (To see more of April's designs, see www.etsy.com/shop/speeglecreations) (US ONLY)  To find T.J.'s agenda go to 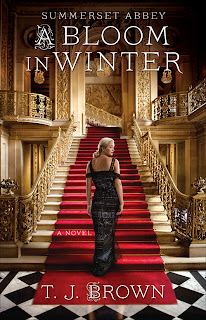 Summerset Abbey: A Bloom in Winter

After Prudence’s desperate marriage and move to London, sisters Rowena and Victoria fear they have lost their beloved friend forever. Guilt-ridden and remorseful, Rowena seeks comfort from a daring flyboy and embraces the most dangerous activity the world has ever seen, and Victoria defies her family and her illness to make her own dream occupation as a botanist come true. As England and the world step closer to conflict, the two young women flout their family, their upbringing, and their heritage to seize a modern future of their own making.

With her delicate constitution but strong, unflappable spirit, Victoria has never followed societal conventions, the rules of fashion, or the pursuit of a husband. Instead, she finds herself drawn to the controversial—and dangerous—fight for women’s suffrage. But her dream is compromised, and her heart divided, when her struggles for equal rights collide with unexpected love.

After yearning to no avail for a certain young pilot to fly back into her life, Rowena fears her chances for happiness have been jeopardized by recklessness and scandal. Burdened with guilt for bringing her sister Prudence to Summerset Abbey as a lady’s maid while she herself led a life of privilege, Rowena hopes to one day make amends. But her desire to set things right is complicated by her passion for flight and a sudden engagement…to the wrong man.

Raised like a sister to Victoria and Rowena, then banished to the servants’ quarters when their father passed away, Prudence has seen both sides of life, upstairs and down. But once the truth about her parentage was revealed, Prudence forged a new life for herself, married to a penniless veterinary student. Living in poverty in a shabby London flat, she wonders if she’s made a terrible mistake—and there’s no turning back... 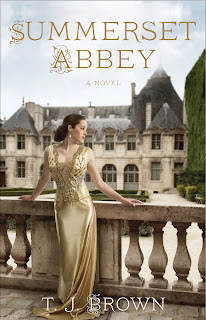 Excerpt:
The next time Victoria opened her eyes, the light was on. She blinked a couple of times and was startled when a woman with a thick East End accent said, “You’re awake now, so don’t you be playing possum, and don’t start your screaming or else the doctor will be sending you to the asylum, and trust me, darling, you would rather be here.”
Victoria froze. The scent of bleach and urine still assaulted her nose. The one small window above her head let in no light and she could see bars at the top. Her heart pounded a little faster. “Tell me where I am!”
“You can say please, you know. Just because I’m a nurse and you’re a suffragette doesn’t mean you needn’t use your manners.”
Victoria tried to move and realized that not only was her arm chained, but her leg was as well.
The woman laughed. “You’ll not be kicking me again.”
“I’m sorry,” Victoria said earnestly. “Please. Where am I?”
The woman came closer. She wore a blue and white striped shirt, a long skirt of cheap wincey and a crisp white apron that covered her head to toe. A white linen cap covered her hair. She smelt strongly of lye soap, but it was infinitely better than the urine stench. Her eyes were a bright, saucy blue. “That’s more like it. You’re in Holloway prison.”
Victoria whimpered, her heartbeat accelerating and her chest tightening. She closed her eyes and counted, taking little breaths until the vise on her chest eased. Once she could breathe easily again, she asked, “Why am I here?”
“You don’t know?” the nurse sounded surprised. “That’s a new one. Most of you suffragettes are proud of your exploits! Don’t you remember?”
Victoria thought hard. She remembered being at the National Gallery with Mary and then Mary had… memories came flooding back and Victoria groaned.
“I see you’re remembering.”
She struggled to sit again and then gave up, settling back against the mattress. The pillow under her neck scratched, and she prayed it was the cheap linen rather than bugs. “Prison is different than I thought it would be.” 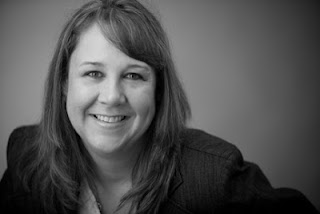 AUTHOR Bio and Links:
TJ Brown is passionate about books, writing, history, dachshunds and mojitos. If she could go back in time, she would have traveled back to England, 1910, Paris, 1927 or Haight-Ashbury, 1967. She resides in the burbs of Portlandia, where she appreciates the weirdness, the microbreweries, hoodies, Voodoo Donuts and the rain.
www.tjbrownbooks.com
Twitter
@teribrownwrites
Facebook
https://www.facebook.com/teri.foremanbrown
Buy Links:
S&S:  http://books.simonandschuster.com/buy/Summerset-Abbey-A-Bloom-in-Winter/9781451699050/from-other-retailers#book_retailers
AMAZON: http://www.amazon.com/exec/obidos/ASIN/1451699050/simonsayscom
B&N: http://click.linksynergy.com/deeplink?mid=36889&id=PwUJvmDcu1U&murl=http%3A%2F%2Fsearch.barnesandnoble.com%2FbookSearch%2FisbnInquiry.asp%3Fr%3D1%26ISBN%3D9781451699050
BAM: http://www.booksamillion.com/ncom/books?isbn=1451699050
INDIEBOUND: http://www.indiebound.org/book/9781451699050
Posted by Elaine Cantrell at 7:05 AM

Thanks for having me! Question for the commenters: HOw much do you know about the suffrage movement for women? I learned so much as I wrote this book!

Not much. I googled it a moment ago but that´s about it.
Love reading your books by the way.

I was surprised to find how many martyers there were for the cause.

I really love the cover for both books - they scream early 1900's ....what time period are these books taking place in?

Thanks for the excerpt and giveaway

thanks for the excerpt

I pretty much know the basics, what they did, how they suffered, Susan B. Anthony, etc. Don't know a whole bunch of in-depth details though.