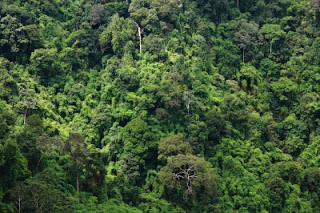 Welcome to Weekend Writing Warriors. My poor hero and heroine in this yet untitled work have had a dreadful time while lost in the Amazon rain forest. Last week they had just finished 'misbehaving' together when men wearing fatigues grabbed them. I'm picking up exactly where I left off last week.

He felt a blow to the back of his neck that sent a shower of sparks falling across his vision and knocked him to the ground.  A booted foot met his ribs a second later.


Two men hauled him to his feet and dragged him over to the man who seemed to be in charge.  “What are you going to do, Rafael?” the one who had kicked David asked.


“I think we should all have a turn with the woman,” a burly man with only one eye said as he leered at Phaedra who now stood defiantly naked before them.
“We shall see,” Rafael muttered, his glance flicking across Phaedra.  “First I want to know who

they are and why they are here.”  He pointed at David.

This snippet tells me more about Phaedra than anything else...if I was caught naked with a bunch of thugs, I don't think I'd be able to stand defiantly! I hope her attitude wins her some respect from the leader.

They are in for a truckload of misery it seems. I'm just hoping David or Phaedre one figures a way out of this. Can't wait to find out if they do. I'm on the edge of my seat over this one!

Wow, this scene just keeps getting more tense. Sure hope nothing awful happens to Phaedra (well and David too!)

Your heroine sure has guts...This scene just keeps getting more intense with each snippet!

Terrific eight and scary, Elaine. I admire the couple and wonder what happens next.

How brave can she be. Wow! not sure I could handle it that well. Great job and very good cliff hanger. :-)

Phaedra seems very brave! This is fraught with suspense and I'm looking forward to the next instalment.

Great suspense, but I think if I kept reading, it would be with one hand over my eyes. The idea that they would take turns with her is horrible (realistic, but horrible). I love that she's not showing her fear

I love the description of the "shower of sparks" falling across his vision. Lovely. Phaedra is one plucky woman to be able to remain defiant, despite the situation. I hope they manage to find a way out of their predicament.

I love Phaedra's pluck in this very tense situation. I hope that she and David will prevail.

I'm loving the intensity of your snippet. It pulled me right in.

Yikes! Well, at least the interrogation will give them some time to figure a way out!

Eep! I'm scared for them! Can't wait to find out what happens next!

I'm glad the guy in charge isn't jumping on the rape bandwagon. Hopefully they can get out of this without too much damage.

Gulp. You've got me by the throat here, Elaine. Excellent snippet. Very tense. I hope they get out that!

Intense scene. Wonder how they're going to get out of this situation.

Siobhan, you're right! Thanks. And thanks to everyone else who commented as well.

A very bad situation here! I wonder if what David says will affect what they decide to do? I'll be back. :)

It looks bad for them. Wow! Great action writing, Elaine :-)

Elaine, I love how the action flows. A very suspenseful snippet!

What a tense moment! Phaedra is incredibly brave. I'd be freaked out in a situation like that. Hopefully, David has a good reason for them being there...?

This is so frightening. Great job with the tension here, Elaine!