Beyond the Book: The Romance of Nicholas II 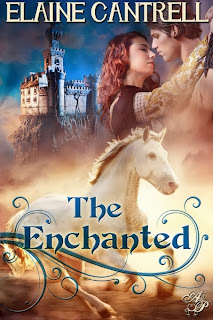 Greetings!  It is I, Prince Alan, hero of Madame Cantrell's amazing novel The Enchanted. Did you know that Madame is also an historian of great repute? The school at which she teaches is certainly lucky to have her. Since I am a prince, she told me a dreadful tale of what happened to a prince from a place known as Russia. The prince's name was Nicholas. Do you know this story?

It seems that Prince Nicholas married for love not convenience or to make a political alliance. His bride was Princess Alix Victoria, Helena Louise Beatrice. Their families did not totally approve of the marriage, but eventually both sets of parents agreed to let the lovers marry. They were wed in November of the year 1894, only a few weeks before the death of Prince Nicholas's father. At that time Prince Nicholas became Czar Nicholas II.

Their marriage was both happy and passionate, and those who knew them well reported that they loved each other until the day they both died. They had five children- four daughters and a son who would inherit the throne from Czar Nicholas.

One would think their lives would be filled with joy, but alas, the young prince had a disease called hemophilia, which means that his blood would not clot. Any small bump or bruise could cause death. Only one person seemed able to control the child's bleeding, and that was the monk Rasputin, a man of low morals. The public did not know of the child's illness, so they did not understand why the Czar and his wife allowed such an immoral man in their palace. This is one reason for the February 1917 revolution that took the throne from the czar.

Later in the year, people who followed the Communist leader Lenin took over the Provisional Government, and a year later Lenin ordered the execution of the entire family.

This is such a disturbing story I shall not share it with Princess Morgane. It would distress her too much.  I vow that when my father leaves the world, I shall reign in such a way that my people will never have cause to doubt my love and care for them. 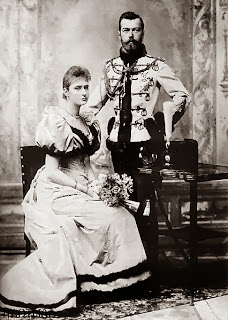