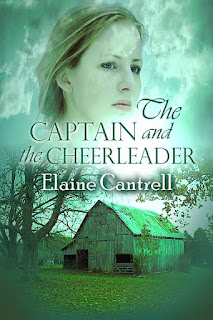 Presumably, you're visiting this blog because you like books. so I thought I'd share some of the books that have influenced me most.


This isn’t the easiest thing to do because I think most of what we read influences us in one way or another. As readers we adopt some things as our own while rejecting the rest. I’ll start with young adult books and move to adult stuff.

1.Black Beauty. I believe my love of animals and dislike of cruelty started developing after reading this book. It's really a heartbreaker.

2.Little Woman. Even in the modern world, there are lots of truths about family, a life worth living,  and being true to yourself.

3.The Trixie Belden Series. Trixie was a perfect heroine. The first books were written in the late 1940’s, but Trixie held her own against the boys and always saved the day. I really wanted to be Trixie.

4.The Sherwood Ring. This was perfect for me because it combined so many things that I liked. What were they? Ghosts, romance, and history. In fact I have a Jan. 28 release called Fortuna, and it has all of those elements.

6.The Bronze Horseman. A novel set in Russia during World War II. I found it absolutely compelling.  At the end of the first book I swore I'd never read anything else by this author because I hated the ending. Then I found there was a sequel and had to eat my words.

7.Leaving Cheyenne. This is by Larry McMurtry who is one of my favorite authors. It covers the lives of three special people.

8.Salem’s Lot. My first introduction to horror. It scared me so bad. I don’t read scary stuff now.

9.The Flame and the Flower. My first introduction to romance novels, except for Harlequins.

10.Aimee, Come Home. Again, this novel merged history with romance and ghosts. I do love that combination.

What about you? What are some books that have influenced you?
Posted by Elaine Cantrell at 6:00 AM

Email ThisBlogThis!Share to TwitterShare to FacebookShare to Pinterest
Labels: beyond the book, mainstream fiction, mainstream romance, The Captain and the Cheerleader

I love that list. I loved Black Beauty...I can't believe I forgot about that book! Thank you!

I love that list. I loved Black Beauty...I can't believe I forgot about that book! Thank you!

I thought it was great too. I felt so sorry for those poor animals.