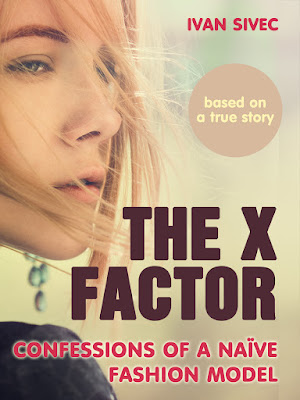 It takes three mistakes to be swallowed up and spat out by the fashion industry.
You trust the wrong people.
You think you know everything there is to know about life.
You abuse drugs.

The almost 18-year-old Maja is a regular high-school kid, who at the threshold of adulthood thinks she knows everything there is to know about life. As she enters the world of fashion modelling she gets completely enchanted.

However, the more her career thrives she’s less able to see the danger lurking around fashion industry.  Maja starts falling in a downward spiral of drug addiction and is torn between the tempting dream of becoming a world famous model and the horrendous thought of destroying her body beyond the point of no salvation.

At a yacht party Maja gets drugged, assaulted and tossed overboard. She’s found the next day. Barely alive. Only a shade of her former self, in a gray space between life and death, she realises the fashion industry sucked everything out of her – except one thing – the will to live. Maja wants to be her old self again.

Ironically, it means losing the only thing that made her special. She has to give up on her hidden X Factor.

The X Factor:
Confession of a Naïve Fashion Model
is a psychological YA novel showing the glamorous fashion world behind its less glamorous scenes.

On the evening of the third day the agent Maurizio paid them a visit. They didn’t have any money or food, so they begged him to lend them a couple of euros to buy lunch at McDonald’s. He didn’t want to hear anything about that.

“I came to make sure you’re successfully losing weight. In Milan there’s currently somewhere between two hundred and three hundred too many models, and the ones that don’t respect the rules will be fired without compensation of any sort.”

They curled up and managed to convince themselves they didn’t even need yoghurt. They stayed determined even after Maurizio had left.

Later Maja and Svetlana found out that Maurizio had locked them in the apartment, so they weren’t able to leave, even if they had somehow been able to beg for some food money.

They managed it until midnight.

But at 00.30am Svetlana suddenly jumped up from her sleep.

“Maja, are you asleep? I can’t sleep. I’m going crazy from hunger.”

At 1am they started banging on the door: “Open, please! We’re dying of starvation. Help!”

There wasn’t a living soul to be found anywhere. It seemed like there was nobody in the neighbouring apartments and the shops downstairs were already closed. Maja started looking for the business card. She would call that famous director. She’d ask him to bring them half a loaf of bread. She’d do whatever he wanted as long as he saved their lives.

“No, don’t do it! You know Monica will be mad. For now we belong to Milleuno. We cannot make contact with anyone outside the agency. We cannot go out. We cannot meet anyone. We have to take care of everything by ourselves or with the help of the agency.”

At 2am they were in such crisis they were rolling around with cramps. Maja had never experienced something like this before. She felt like she was about to die any moment now.

“I don’t want to die!” Svetlana made one last effort to get up and swayed to the window.

“Quickly, pass me the bed sheet!”

An entertaining film for the good children. 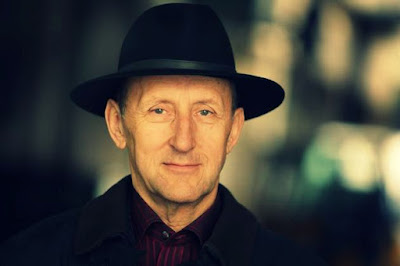 Ivan Sivec is a writer, poet and publicist from Slovenia, Europe. People say he is ‘a man with a hundred stories’ and he has been sharing them with his audience, both young and mature, for over four decades now. He is listed under the top five Slovenian bestselling authors.

In his rich and thriving career he has written in many genres. As a poet he has written more than 2,500 lyrics for ethnic and entertaining music for which he received several awards. His broad prosaic ‘repertoire’ includes biographies, historical, psychological and adventure novels, travelogues, youth book series, picture books as well as humorous stories. To this date he published over 130 books and is considered to be one of the most popular Slovenian authors.

Sivec devotes his free time to his wife of 44 years, their two children and three grandchildren. Since his retirement a decade ago he enjoys his days hiking the Alpine peaks (he is especially proud to have conquered the tallest mountain in Europe, the French Mont Blanc (4,810 m/ 15,771 ft), together with his daughter-in-law Tina). When he is not gathering inspiration from the mountains he is soaking in the tranquility of the Mediterranean Sea with his wife.  Nature is his source of creativity. It allows Ivan to gather his thoughts and pour them onto paper.

B&N: http://bit.ly/1VXy1v4
Ivan will be awarding a free e-copy of the X Factor or a signed greeting card from Slovenia (international) to a randomly drawn winner via rafflecopter during the tour. Use the link below to enter.

Thanks for hosting! Readers, the book is FREE today at Amazon.

Thank you so much for presenting The X Factor and my work! The X Factor is my first ever translated novel and I am very excited that you and your bookish friends are a part of this amazing journey.

The X Factor is still available for FREE on Amazon today http://amzn.to/1RJz7d9.

Thank you, Mary, for downloading The X Factor. Please, share your thoughts with me and other readers when you finish reading it.
Cheers,
Ivan