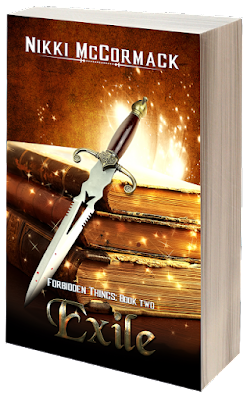 Title: Dissident / Exile
Series: Forbidden Things Books 1 and 2
Author: Nikki McCormack
Publication Date: July 9, 2015 / December 11, 2015
Genre: Epic Fantasy
Amazon: http://amzn.to/1mgVTPL
Goodreads:https://www.goodreads.com/book/show/25657543-dissident
Synopsis: Exile
Yiloch, the newly crowned Emperor of Lyra, stands accused of arranging the assassination of the Caithin royal family. Torn between love for Yiloch and her close ties with the royal family, Indigo wants nothing more than to prove the accusation false, but the evidence puts the blood of the family on his hands.
Trying to protect the Lyran prince from the swift descent of Caithin justice, Indigo exposes the workings of an enemy who is willing to kill to protect his secrets. In desperation, she unleashes magic that sends Yiloch deep into the desert of Kudan before fleeing for her life. She must find him again to save his life as well as her own.
Betrayed by ally and by love, stranded by uncontrollable magic, Yiloch struggles to make his way back to the Lyran capital before Caithin can declare war, but standing between him and his empire is a lethal new enemy, wielding magic unlike anything his people have faced before. 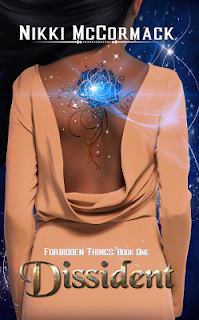 Synopsis: Dissident
Ascard power can strengthen, heal and create. It also has great potential to destroy, enough to topple entire governments. Indigo’s country places strict limitations on the use of ascard so she must channel her talents into the healing arts or risk severe punishment. An orphan from a disgraced family, trapped by her father’s treason, Indigo struggles to reclaim her place in a society that has driven her into an abusive engagement.
Then a mysterious stranger from a neighboring country contacts her using ascard. He needs help escaping his prison so he can bring an end to his emperor's oppressive rule or die trying. His unshakable devotion to his cause and the passion hidden behind his cool arrogance move her to help him at the risk of being branded a traitor herself.
When the politics of society bring them together a second time, Indigo decides to use her growing powers to help him fight his war. If only she dared fight for her own future with such passion. Perhaps she can find the courage to do so by helping the man she has fallen for win his revolution. She might have exactly the power he needs to succeed.

Because my taste in music roams across a lot of genres, this playlist is a rather mixed collection of music that roughly follows the major events in Exile, Forbidden Things book two. Enjoy! 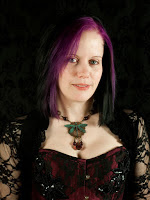 The author is giving away two $20 Amazon/B&N gift certificates. Use the link below to enter.

Thank you for hosting the tour!

Thanks for being a part of the tour, Elaine!