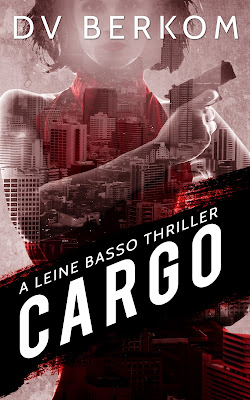 Haunted by memories of an op gone bad, former assassin Leine Basso travels to Bangkok in search of a missing backpacker. With help from an old contact, she discovers the man responsible for the girl’s disappearance is connected to a violent Hong Kong triad and is the linchpin of an extensive trafficking network—both animal and human.
Making enemies isn’t new for Leine, but making one in the triad is—she soon finds herself a prisoner onboard a cargo ship headed for sub-Saharan Africa. To ensure her survival and to continue her hunt for the missing girl, she must join forces with Derek, an ivory poacher who promises to help her.

Kylie leaned over the side of the tuk tuk and gasped for air but only succeeded in choking on the thick exhaust of heavy evening traffic. The neon signs of Bangkok’s Soi Cowboy District streaked past at dizzying speed, shifting her unsettled stomach into epic nausea.

I didn’t have that much to drink.

She’d been at the bar for less than an hour, waiting with her friends from the hostel for the legendary lady boys to appear. The thought that the bartender had spiked her beer skated across her mind, but she rejected the idea. Why drug a customer who was obviously part of the backpacking crowd and wouldn’t have much money?

The motorized rickshaw turned down an unfamiliar street, heading in the opposite direction from the hostel.

“Wait—where are we going?” she asked, her breathing shallow. The words echoed in her brain, like she was standing in a hole.  Slowly, she swiveled her head. Alak, the guy she’d been talking to who worked at the hostel, sat across the seat studying her closely, as though she were an insect pinned to a bug board. Frowning, she glanced in the rearview mirror. The driver was watching her, too. Dread crawled deep in her stomach, clawing at the thought that the two men knew each other, knew what was wrong with her, expected it, in fact.

I have to get out…get back to the hostel. She curled her fingers around the metal rail that surrounded the backseat and leaned toward the open doorway. I need to call Mom and Dad, tell them I’m ready to come home…

Alak grasped her arm and pulled her back. Unable to keep her grip, her fingers slid from the railing.

I really enjoyed Cargo, and here's why.

First, I love a kick butt heroine, and that's exactly what we have in Cargo. She's a former assassin, but she isn't in that line of work anymore. She's still very much involved with clandestine operations of one sort or another. She's very resourceful and creative, but she isn't perfect. She makes mistakes along the way, and she'd rather her daughter was nowhere near her business, but that's exactly where the girl wants to be. Don't think that would cause a mom a little stress?

Second, the story is compelling so you keep reading to find out what happens next. I really would have preferred to read it all in one big gulp.

Third, the story has angst and tension in spades, but it doesn't bog you down in so many technical details you get bored and start to skip big chunks of the story.

Fourth, the writing is good.

If you're in the mood for some fast-paced action, I recommend Cargo. 5 stars. 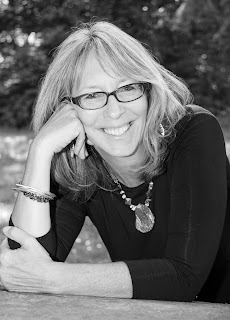 DV Berkom is a slave to the voices in her head. As the bestselling author of two award-winning thriller series (Leine Basso and Kate Jones), her love of creating resilient, kick-ass women characters stems from a lifelong addiction to reading spy novels, mysteries, and thrillers, and longing to find the female equivalent within those pages.

Raised in the Midwest, she earned a BA in political science from the University of Minnesota and promptly moved to Mexico to live on a sailboat. Several cross-country moves later, she now lives just outside of Seattle, Washington with the love of her life, Mark, a chef-turned-contractor, and several imaginary characters who like to tell her what to do. Her most recent books include Cargo, The Body Market, Bad Traffick, A One Way Ticket to Dead, and Yucatán Dead.
Links:

DV Berkom will be awarding a $10 Amazon or Barnes and Noble GC to a randomly drawn winner via rafflecopter during the tour. Use the link below to enter.

In the evening, would you rather play a game, visit a relative, watch a movie, or read?

What an exciting and great review.

Thank you for the fabulous review, Elaine! I'm thrilled that you enjoyed Cargo :-) Many of the events in the book are based on research, which was pretty scary all by itself. That's one of the reasons I created Leine: I wanted a woman (who wasn't a superhero) that could deal with that kind of danger and maybe do a little damage :-)

Good morning, Mai! I'd have to say I'd like to do all 4 of the activities you listed :-)

I really do recommend Cargo. I don't think you'll be disappointed if you read it.

Thank you, Melissa! I recently had the series re-branded and I'm very pleased with them--especially this one. I'll be sure to let the cover designer know. Enjoy the book!

Thanks for stopping by, Patrick!