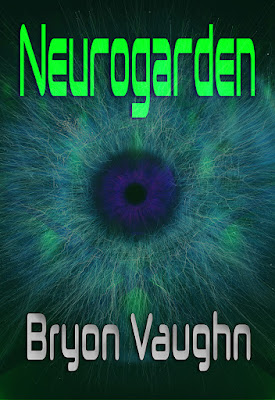 Where can you run when there is no place to hide?

Brenna Patrick is a brilliant technologist specializing in neural-cognitive functions and AI. She has cracked the code to solve one of the most troublesome problems in the field, and turned that into the multi-billion dollar NeuralTech Corporation.

Working quietly with the U.S. Department of Defense, NeuralTech is poised to leapfrog the competition with a revolutionary system for tracking people, starting with the world’s most wanted terrorists. But there are only so many terrorists in the world, so who’s next?

When a pair of Columbia graduate students, Jenny and Leo, stumble on the dark secret of NeuralTech’s success, it kicks off a tense game of cat and mouse. As they fight to defeat the powerful forces arrayed against them, nothing less than the fate of humanity hangs in the balance…

NEUROGARDEN is a roller-coaster ride of a thriller, one that will have readers pondering the nature of memory, and of reality, long after they've read the last page.

Every morning for Brenna Patrick began with a hot shower and a hotter cup of Jamaican Blue Mountain coffee in the same oversized mug she had stolen from a cabinet while studying at Oxford. Some poor British sod probably spent days looking for his ever so clever black-and-white yin and yang mug, and now, here, it played a part in the daily rituals of the world's most renowned expert on artificial intelligence.

Halfway through her coffee, Brenna's usual routine of morning news about the weather or the latest political storm was interrupted by a story on the previous day's event at NeuralTech.

"According to sources, yesterday, in an impressive display of technical wizardry, the notorious Ethiopian strongman, Azim Dibaba, was eliminated by the U.S. military in partnership with NeuralTech. Stay tuned for exclusive video footage from the NeuralTech facility coming up after the break."

With a dismissive wave of her hand, the television powered off, and she downed the last of her coffee. Explicit rules about keeping cameras from the Observation Deck were put in place to stop this kind of leaked footage, not so much to keep it a secret, but to control how the message was released. There was no way NeuralTech would have built such an elaborate display of lights and gadgetry if the world was never going to see what they were doing. The fanfare was all a show, a carnival for the masses to distract from the visceral heart of what they were witnessing. Hell, they used to run the ops from a small conference room in the basement of NeuralTech HQ with two laptops and an iPad. The spectacle was created for virality, but she wanted the first glimpses to be better than some shaky cell phone video from a reporter behind glass. 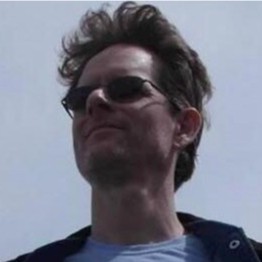 Ever since reading Douglas Adams back in my formative years, I have had an interesting relationship with humor, science fiction, and technology. My first computer was a TI-99/4A, so yeah, I’m old, but only until scientists have cracked the code on transplanting our brains into shiny new vessels.

My body may be showing signs of wear, but I’m keeping my brain tight.

When I am not dreaming of far off worlds and writing, I am living a semi-normal life working in New York City, and watching movies with my wife and her spastic cat, Moss.

The author will award a $50 Amazon/BN GC to one randomly drawn commenter via rafflecopter.

I enjoyed reading the excerpt and learning about your book, sounds like a great thriller! Thanks for sharing!