Meet the Corelli clan. Told by the oldest grandson, Frank, this family tapestry, with pathos and hilarity, begins weaving itself in the 1930s and rollicks through four riotous decades. The strongest thread is its oldest member, Antonio. To the ragtag Corelli clan, he is an ocean—an unwavering force upon which they rely. Lizzy, the youngest Corelli, is the brightest thread. Emanating from her is the light by which they see the world. Spanning these dynamic figures is an oddball cast of characters that keep one another in stitches right up until the life-affirming surprise birthday party of their beloved patriarch.

Ricky turned out to be a better ball player than yours truly. I was bigger and stronger and could hit for distance, but Ricky made more contact and was slick with the glove. The hard ground ball I hit that scooted through his wickets back when we were little leaguers must have left one helluva an impression; to the best of my knowledge, it never happened again. Ricky figured not only to make the freshman team but was forecast to be the starting second baseman. With that being the case, it was off to the sporting goods store to find a little league mitt to fit a very little hand. I never saw Munchk this excited. She examined mitt after mitt, inhaling the fresh leather deeply when she held it up to her nose. “Best damn smell in the world,” she said.

“I agree, it’s the best smell; but I think we can skip over the first basemen’s mitts,” I told her, as I looked down my nose at her diminutive size. “It’s a fairly safe bet that first base won’t be your position.”

“Well, then, what about this one?” Munchk asked. “It must be a second basemen’s mitt; it’s signed by Joe Morgan. What do you think, Frank? Do you like it? Maybe I can try out for second base.”

Munchk was hardly what you’d call a timid or delicate soul. Nevertheless, I was careful not to burst her bubble by telling her that the only time she would ever set foot on the field was when her team was either up twenty runs or down twenty runs. Even then, it wouldn’t be until the last inning, and most likely they would stick her in right field. At the little league level, those players with a miserly endowment of ability were stuck in right field; it was where they were figured to do the least amount of harm. The kid whose mind was more on the Twinkies and Tastykakes waiting for him after the game, than the game itself, was sent to right field. So, too, was “Mr. Coordination,” otherwise known as the kid who, if he ever managed to put his bat on the ball, it would take a miracle for him to achieve first base without first getting his leg tangled and taking a header on the baseline. Every little league team gets stuck with one “Mr. Coordination.” Of course, none of this describes Munchk. Munchk, if nothing else, was hardly short on agility. But she would be the only girl.

“Like a glove,” she replied, before taking another moment to inhale the fresh leather. 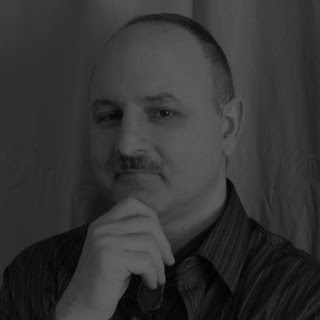 Michael DeStefano is from Philadelphia, where he is the owner of a hairstyling salon. Currently, he makes his home in Cinnaminson, New Jersey, is the husband of a Gulf War veteran, and author of The Gunslinger’s Companion. Any thoughts or criticisms readers of Waiting for Grandfather wish to share may be sent to dtbhs@aol.com.

Night to Dawn Magazine & Books LLC will be awarding a $10 Amazon or B/N GC to a randomly drawn winner via rafflecopter during the tour.

Thank you for showcasing Waiting for Grandfather!

Good morning and thank you for the book description and giveaway.