Beyond the Book: The Horse Did What? 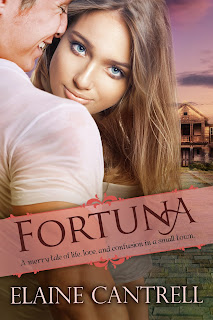 Do you like horses? My heroine Aimee had never ridden a horse until her car broke down and she accepted a ride from Cade McCoy who was riding his horse. Here's what happened the first time she tried to ride a horse.


The horse snorted, distracting Aimee from her thoughts. “So, do you want that lift?” Cade asked.

“You mean on the horse?”

His lips twitched as his eyes danced. “Why not?”

Was he laughing at her? He was! He was laughing at her. “I don’t mind riding your horse,” she said, her chin going up as it always did when a challenge presented itself.

He swung up on the horse and extended his hand to her. “Put your foot in the stirrup, and I’ll pull you up.”

Aimee confidently stuck her foot in the stirrup and took his hand. She’d never been on a horse before, but how hard could it be? Just a little step up, right?

Wrong. The horse was taller than she thought. As she floundered and scrambled against the animal’s side, Cade gave her arm a jerk and set her in place behind him. The minute the horse felt her weight it farted, a long, drawn-out expulsion of air that seemed to go on forever.


Cade laughed as if it was the most hysterical thing he’d ever heard.

Great snippet..pulling me in. I like the dialogue between characters.