Can this unlikely couple find answers before someone gets killed? 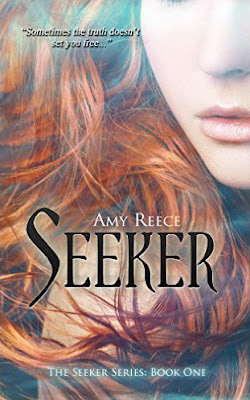 Suddenly when she starts having vivid visions about a former friend who is in desperate trouble, the adults in her life think she might hold the key to an ancient mystery.

Jack Ruiz has a troubled past, but is trying to make a fresh start at a new high school…

He just wants to keep his head down and graduate, hopefully before he turns 20. The last thing he needs is to get involved with a feisty redhead and her psychic visions.

While Jack valiantly attempts to keep Ally at arm’s length, she is equally determined to be a part of his life. Who will win this battle of wills?

Can this unlikely couple work together to find answers to Ally’s visions before someone gets killed?

Amazon
GoodReads
The book is probably free as of this posting. 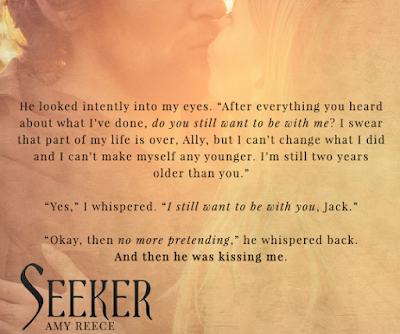 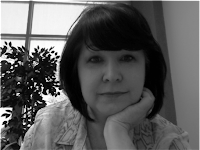 Amy Reece lives in Albuquerque, NM, with her husband and family. She loves to read and travel and has an unhealthy addiction to dogs. She loves wine and friends, in that order. Just kidding. The Seeker Series is available on amazon.