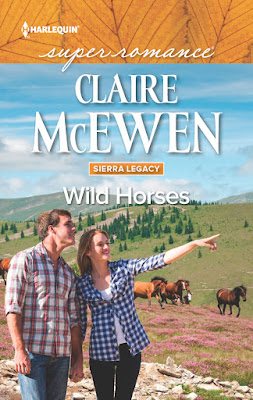 This wild stallion can't be tamed.

Todd Williams is still the naive idealist he was in college. Only now he's endangering lives—Nora Hoffman's to be exact. Nora hasn't seen Todd since he decided that saving the rain forest was more important than their relationship. Until the night she's nearly crushed by the stampede he causes. Now Todd is determined to make amends, for everything.

She may not agree with his methods, but even Nora can't deny the importance of his fight to save the wild horses. With the attraction between them still sizzling and the fate of the horses in the balance, Nora must decide just how much she's willing to risk.

The sound of metal slamming into metal ripped through the night again. And her heart slammed against her chest in answer. She froze and tried to calm herself—a gate must have come open, that’s all. Then a man’s voice sliced through the night, shouting, “Go!” The command was distinct—and so was the answering whinny.

Nora felt an instant of gratitude that the intruder was human—at least she wouldn’t have to take on any coyotes. But the thought was interrupted by a heavy rumbling sound. Hoofbeats. Hoofbeats accompanied by shadows, darker than the darkness, thundering down the hill toward her. The mustangs weren’t in their pens anymore. They were panicked and heading her way. They’d trample her.

She raced toward a boulder a few yards away and threw herself in front it. Gravel shredded her skin on impact. She gasped as the tools in her belt stabbed into her hip and side. The sound of hooves was deafening, almost on top of her now. She didn’t dare look up, just rolled over and over until she was against the boulder, wishing fervently that it was a much larger piece of rock.

Then the horses were everywhere. Flooding around her measly shelter, so close she could feel the current they created in the air. The cacophony of their hoof beats eclipsed her scream. She could hear them breathing and grunting as they swerved to avoid her rock. Pebbles, churned up by hooves, pelted the bare skin of her arms and legs. She screamed again, hoping to scare them, to divert their course away from her. But they just kept coming.

The thing I liked best about this book is that it gets information about the plight of wild horses in front of people. Like Todd in the story, I too feel that the horses are a part of our heritage, and as such they should be protected and cherished, not killed by men in helicopters as they race to safety. Another thing I liked was that Todd and Nora decided to stay together even though they realized that the other person probably couldn't totally change. They were willing to make some sacrifices to be with each other. I also loved the way the author painted the setting. I wouldn't mind living there myself. 5 stars 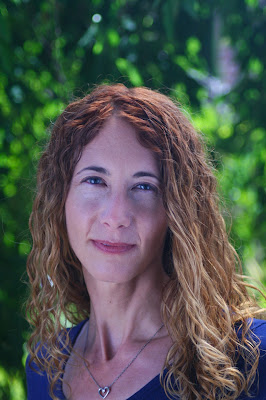 Claire McEwen lives by the ocean in Northern California with her husband, son and a scruffy, mischievous terrier.  When not dreaming up new stories, she can be found digging in her garden with a lot of enthusiasm but, unfortunately, no green thumb.  She loves discovering flea-market treasures, walking on the beach, dancing, traveling and reading, of course!

Harlequin  http://www.harlequin.com/storeitem.html;jsessionid=4DE046A94D56C266A717FBF9CBF700DE?iid=63575
Claire McEwen will be awarding a $20 Amazon/BN GC to a randomly drawn winner via rafflecopter during the tour. Use the link below to enter.

Are there vocabulary words or concepts in your book that may be new to readers? Define some of those.

Hi Mai T. Thank you for your question! I think the ideas around native plants, and the importance of trying to preserve them may be new to some readers, or just something they haven't thought much about. And I think my hero is pretty different than other heroes in that he has broken the law to do what he thinks is right for the horses. This story made me think a lot about right and wrong, and how that plays out around the situation with the wild horses and burros. I hope readers enjoy it. I loved writing it!

Thank you so much, Elaine Cantrell, for your thoughtful review and for having Wild Horses on your blog today!

Great and interesting review. This does sound like a story that should be read.

Thanks for sharing your review, I enjoyed reading it!

Thank you for sharing this book! It sounds wonderful. I can't wait to read it.