Summer has an amazing job as a mermaid. All of her hard work and training pay off when she saves her crush, Lucas, from drowning.

She finally has his attention but her cousin, Cassidy, doesn’t want Summer to be happy. Cassidy has always wanted what Summer has and now she wants Lucas. Just when life is starting to look good for Summer and Lucas, Cassidy ruins everything for Summer, driving a wedge between her and Lucas.

Will Summer be able to prove Cassidy is up to no good, and keep Lucas from falling for her, or will Summer lose him forever? 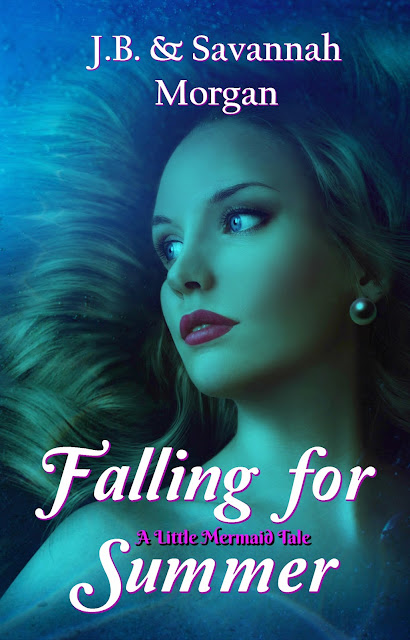 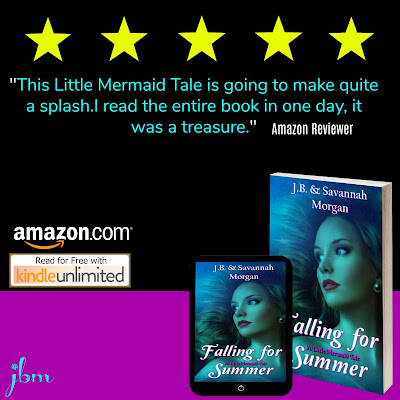 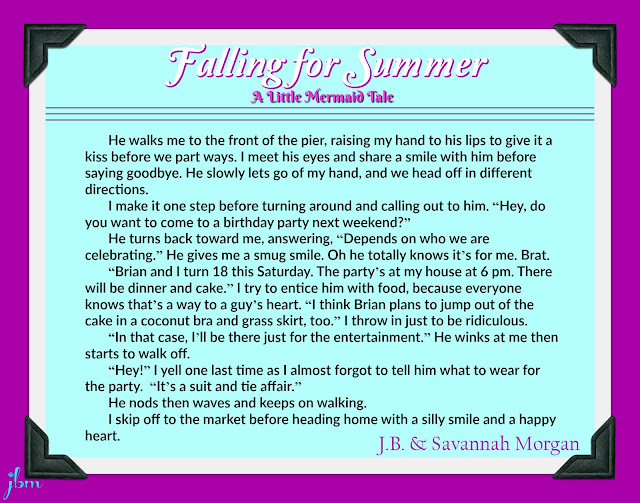 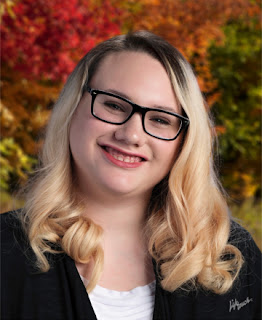 Author Savannah Morgan is a high school student and the daughter of J.B. Morgan.

She has a love for music, art, traveling, creative writing and going against the opposite sports team of her father’s. Savannah’s into Anime, fantasy stories, werewolves, and dream catchers. She loves to laugh, binge watch Once Upon A Time, and is a junk food junkie.

Falling for Summer is her first published piece however, she has written another story that she used for her final school project. Her Language Arts teacher called it Epic and gave her an A after reading only half her paper. He did go back to complete the story, and then told her she had a mind for writing. She’s now in the process of making it a series. 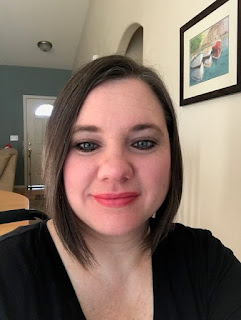 Author J.B. Morgan writes sweet romances with a good dose of humor, sensible heroines, good-decent guys, realism, and happily ever afters. After all, don’t we read to escape reality? So why not read what makes us feel good on the inside and puts a smile on our faces? This is what she strives to put into her novels.
Her debut novel, Holly Lane, landed her as a bestselling author in the Coming of Age genre, and her newest release is titled, Nate (A Texas Jacks Novel).Growing up, she would dream up hero-rescuing stories in her head, revolving around the boys she had crushes on at school. Later in life she decided to try her hand at writing where she could get some of those ideas out of her head. She's definitely in love with the idea of love.J.B. grew up in California, but now resides in Oregon where she’s a wife, mother, author, chocolate lover, and a Yankees fan. She also loves traveling the world. When she’s not writing, she can be found carting her kids everywhere, busy with volunteer work, or trying her hardest to read— without interruptions. 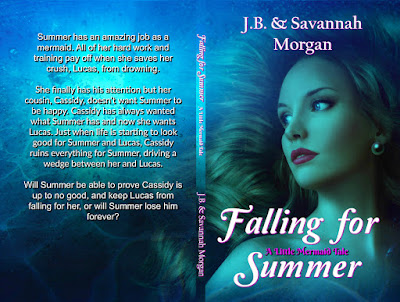