"Heidi McLaughlin delivers a breathtaking addition to the Beaumont series. Holding Onto Forever is everything you want it to be and so much more. I fell in love all over again." USA Today Bestselling Author, K.L. Grayson

"Holding Onto Forever is emotional, riveting, and completely captivating. Noah Westbury will steal your heart and never give it back." NYT Bestselling Author, S Moose

"A rollercoaster of emotions. McLaughlin takes you on a journey of two hearts that are destined to be together." NYT Bestselling Author, Kaylee Ryan

The road for Noah Westbury has been carved out for him, long before he knew who his father was. Making sure he worked hard to deserve the opportunities provided to him, Noah is exactly where he dreamed of being - starting QB for Portland Pioneers. Together with a Victoria Secret's model girlfriend by his side, life couldn't get much better. Except for the fact that standing in his path is Peyton Powell-James, his life-long friend and the one woman he can never have.

Peyton Powell-James always knew her future would be in football and dreams of having a successful sports journalism career once she graduates college. After being given an assignment to cover a professional game from the sidelines, Peyton believes that everything is going to plan, until one fateful night changes her life.
Harsh reality sets in for Noah and Peyton. One could lose everything, while the other one struggles to keep the families together. 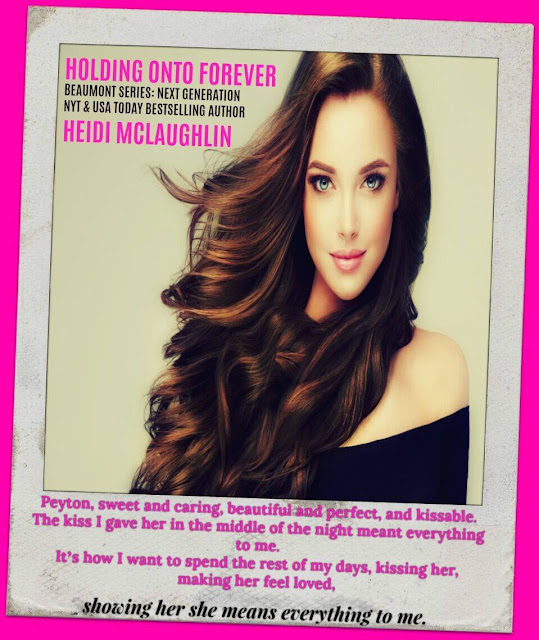 Kyle Zimmerman, one of the top-rated quarterbacks in the league, and Chicago’s most eligible bachelor is holding my hand as he guides me to his car. The schoolgirl in me is trying not to let his presence affect me, at least not on the outside. On the inside, though, I’m all a ball of nerves mixed with excitement. Who would’ve thought a simple assignment would turn into a date? Not me. Not in a million years, but here I am, being helped into his car and anxiously waiting for him to get behind the steering wheel.


And once he does, the sweet scent of his cologne fills the small space. I find myself leaning a bit closer to him so I can inhale deeply without looking like a creeper. Kyle smiles. It’s an ear-to-ear grin with a slight chuckle. I’ve been caught, but he doesn’t seem to care. He leans forward, pulling himself away from me. It’s probably best. We’ve just met and if he kissed me now, I don’t know what I would do.
“Tell me about yourself, Peyton.”
“I’m majoring in broadcast journalism. I love football. I’m a twin.”
“Is your twin as pretty as you?”
“Prettier,” I tell him.
“Impossible,” he replies, never breaking eye contact with me. “What do you know about me?”
“Everything, yet nothing. Your rookie year, you sat on the bench but started your second year. You threw sixteen touchdowns, eleven interceptions and accumulated 3,440 yards. Your completion rate was fifty-eight percent. This year, you’re pushing seventy percent and in line to win the league MVP. You’ve thrown for almost 4,500 yards, twenty-five touchdowns and four interceptions.”
Kyle’s eyes widen as his mouth drops open. “Wow, you had to go and bring up my first year, huh?”
I shrug. “You asked, but …”

Heidi is a New York Times and USA Today Bestselling author.
Originally from the Pacific Northwest, she now lives in picturesque Vermont, with her husband and two daughters. Also renting space in their home is an over-hyper Beagle/Jack Russell, Buttercup and a Highland West/Mini Schnauzer, JiLL and her brother, Racicot.
When she's isn't writing one of the many stories planned for release, you'll find her sitting court-side during either daughter's basketball games.
Heidi's first novel, Forever My Girl, will be in theaters on October 27, 2017, starring Alex Roe and Jessica Rothe. 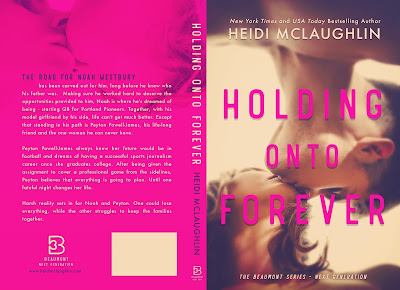