If you came for Fashionista Friday, scroll on down! 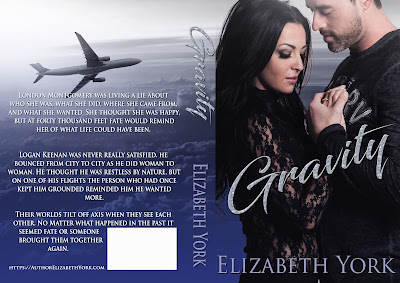 🌏Blurb:
London Montgomery was living a lie about who she was, what she did, where she came from, and what she wanted. She thought she was happy, but at forty thousand feet fate would remind her of what life could have been.
Logan Keenan was never really satisfied. he bounced from city to city as he did woman to woman. He thought he was restless by nature, but on one of his flights the person who had once kept him grounded reminded him he wanted more.
Their worlds tilt off axis when they see each other. No Matter what happened in the past it seemed fate or someone brought them together again.

Elizabeth York debuted her writing with her first book Surviving Brooklyn in May 2015. It was a book that kept readers involved as she turned it into a series with a spin off duet. Along with that she also wrote two standalone novels. With this being her eighth book to release it is safe to say this woman loves to give us world we can get lost in.

See the author at her next event at Rebels and Readers Nov. 4th 2017

Posted by Elaine Cantrell at 10:04 AM