Beyond the Book: The Captain and the Cheerleader? 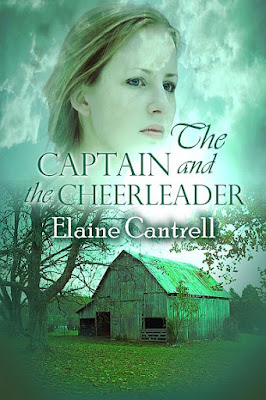 Hello, and welcome to Beyond the Book. I've been sharing excerpts from The Captain and the Cheerleader. I'm picking up where I left off last week. Robin Lanford who's a royal pain in the butt just bet Susan English that she couldn't get a date with Kurt Deveraux, the head football coach. Some of the other faculty members also got in on the bet. Kurt showed up and Susan asked about the football game later that night. Kurt went to be with the football players before the game. He told his friend Jason that Susan had given him a compliment, and Jason reminded him that he already had a girl named Aleisha Childs. Kurt isn't sure if it's serious between them. He is about to lose his Friday night ball game when a boy interrupted him. The boy had a football play from Susan that won the game for him. Kurt is pondering that play when Alicia calls and cancels their date tonight..

Excerpt:
What a shame. He’d looked forward to the party, but going without a date probably wouldn’t be as much fun. As he sipped his coffee, he had an idea. Why not ask Susan to go with him? Aleisha and I aren’t engaged or anything, and if Susan went with me I could ask her about that play.

No, I can’t do that. It might make Aleisha mad even though I know she went out with Brent Stephens a couple of weeks ago. Brent made a big point of telling me when I saw him at the football jamboree.

Uh oh. What if he and Susan didn’t get along? It might be awkward to work with her if they didn’t hit it off.

Okay, he’d wash his car and forget about it. His life suited him just find. Who needed complications? He’d ask Susan about the play the next time he saw her at school.


We'll see next week what he does. Did you notice the free book offer from my publisher Wings ePress? Check the right sidebar for details.