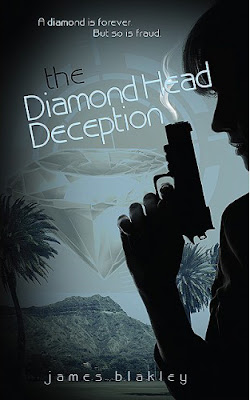 After putting Iowa crop insurance cheats out to pasture, independent insurance fraud investigator Luna Nightcrow heads to Hawaii, but not for a vacation. The Shilpa, an Indian ocean liner, sinks and Luna is hired to determine if it still carries "Pacific Splendor" (a rare diamond insured for $15 million). The trouble is that Luna's not the only one looking for the diamond. Secessionists, sportsmen, and other suspects might sink to any depths to recover or smother Pacific Splendor.

Rupee suddenly stopped and look around suspiciously. “Perhaps it is no longer safe to talk here.”

Luna cast an eye over the lounge and noticed a hefty, Hawaiian-looking man standing in the far corner behind them. He wore a tuxedo and was probably just checking out Rupee’s. But the scowl that he shot at them meant that he either didn’t like Rupee’s taste in tux or his taste in women. This might turn out to be a dangerous drink! Luna worried. But looking back at Rupee, she saw that he was still visibly shaken. I’ve got to be the strong one, Luna decided. So, she dragged a red fingernail up and down the back of Rupee’s hand. “Where do you suggest we talk, if not here?”

Rupee’s eyes widened. “Well, this is a hotel; so, it does have rooms,” he suggested.

A smile returned to Rupee’s face and he answered, “It’s a big one, Luna, way up high.”

Just what a girl likes to hear! Luna thought.

After I finished The Diamond Head Deception, I looked at Mr. Blakley's bio to see if he'd ever been a screenwriter. I felt like I was watching TV scenes the entire time. I expected the Hawaii Five O people to make an appearance any time. I liked that in this book the character that saved the day is a woman, and she isn't the police. She's an insurance investigator with plenty of smarts and determination. The mystery is good and not exactly what I expected so it kept me guessing as I read. The characters were interesting too. Not everyone is who they seem to be. All in all, it was a pleasant read that I'd give a solid 4 stars. 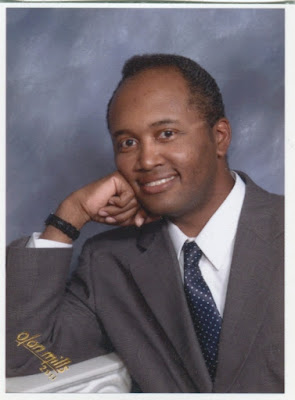 James Blakley was educated at Missouri Western State College and Washburn University. While at MWSC, he was a local and national award-winning columnist and section editor of "The Griffon-News." Blakley worked 10 1/2 years as a page and as an Assistant Librarian for the River Bluffs Regional Libraries of St. Joseph, MO. He currently lives in Topeka, KS where he worked for The Topeka and Shawnee County Public Library and several years in clerical and customer support capacities for international computer companies, such as EDS and HP.

James will be awarding a $50 Walmart gift card to a randomly drawn winner (US ONLY) via rafflecopter during the tour. Use the following link to enter.

You're welcome, Lisa. And thanks to Ms. Cantrell for not only hosting "The Diamond Head Deception," but for also writing a fair and balanced review. I always value feedback, whether positive or negative, because while it's nice to bask in the immediate glow, it's even better to know how I can grow as a writer going forward.

I was pleased to read Ms. Cantrell's insights into the telegenic nature of "The Diamond Head Deception" because it has inspirational roots in that exactly media [TV]. For example, the inspiration for choosing a non-white female as the leading character and solving offbeat insurance frauds as her métier came from the stylish, often groundbreaking, TV crime fighters of my youth. Whether it was "Get Christie Love," "Hawaii Five-O," or "Miami Vice," a lot of minority sleuths cropped up in the 1970's and early 80's. Also prevalent were then-exotic locations and professions for these crime fighters. Honolulu, Hawaii and Des Moines, Iowa serve as two rather unusual settings for "The Diamond Head Deception": Made so by the fact that neither has a historic connection to diamonds.

I liked the old NBC Wednesday mystery series "Banacek", starring George Peppard as the titular Boston bon vivant who handled high-end, hard to solve insurance frauds. Though white, his Boston base and jet-setting sleuthing were refreshing changes from the usually hardboiled, urban gumshoe image. Thematically, Luna Nightcrow is more in the vein of "Banacek", minus the Polish proverbs and doting chauffeur. She is witty and charming, but equally determined, daring, and even caring.

Luna also draws conceivable inspiration from the then avant-garde TV show "Charlie's Angels." You might say that she exhibits Sabrina Duncan's brains, Kelly Garrett's penchant for dressing to impress, and Jill Munroe's...well, everything else. (lol) Coupled with Nani Nyoko (a jewelry appraiser) and Narmata Buddhiman (an Indian interpreter) and you have a nice multicultural trio of female crime fighters for "The Diamond Head Deception." This also allows more glamor and even romance to creep into this outing, thus appealing to a broader range of readers.

What is the best book that you read recently? Thanks for the giveaway. I hope that I win. Bernie W BWallace1980(at)hotmail(d0t)com

I appreciate the review (and James' detailed response)!

Joseph, one of the best books I've read recently is "The Wind from the Sun" (a hard to find short story and flash fiction anthology by Arthur C. Clarke). Not some of his better-known nor best writing, but certainly some of his most imaginative. The titular story "The Wind from the Sun" was allegedly the inspiration for a modern NASA flight that was to powered by solar sail technology. There is also another Martian Marian castaway offering in the book called "Transit of Earth" which is a far more solemn than the recent "The Martian" or the 60's "Robinson Crusoe on Mars."

As for best self-published or indie author offerings? Well...

In the holiday season's gift-giving spirit, here are over 30 self-published or small press-published authors (from 5 countries and 3 continents) whose writings I personally read and reviewed. Many should be available through online retailers (e.g., Amazon.com).

All highly imaginative reads from rising star indies across the globe!

Hope you are having a fabulous weekend! Looking forward to checking out this book!

What is your favorite holiday drink?