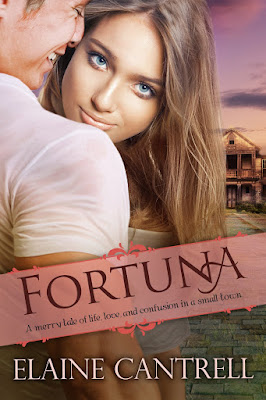 Welcome to Snippet Sunday and Weekend Writing Warriors, your chance to sample the work of a talented group of authors. When you finish here you can find more snippets at
http://www.wewriwa.com
https://www.facebook.com/groups/SnippetSunday/
We saw that after the wrestling match started, Cade hit Rocky with a chair, and Rocky didn't get up. We also saw that in the ambulance he asked if it was safe to sit up, and at that point Aimee slapped him. The driver told Aimee there was no call to hit him because it wasn't his fault. Aimee doesn't think Dave (the driver) and Rocky understand the seriousness of their position. (They ticked off drug dealers and have to fake Rocky's death so he can enter the witness protection program.) At the hospital Aimee is told that Rocky is dead which of course he isn't. I'm skipping a few paragraphs and moving to Rocky's fake funeral where Aimee confronts two important characters, Cade McCoy and Gabe Porter. We met Cade who supposedly killed Rocky in the first scene, and today he speaks to Aimee.

She’d say one thing for him. Like good old Dave the federal marshal, Cade was a natural actor. He looked devastated, even though he knew Rocky was alive. The FBI hadn’t wanted Cade to know about their plan, but Rocky had refused to lay such a guilt trip on a friend.

Amusement filled Aimee and briefly lightened her mood. The public never imagined that even though they snarled and cursed each other during a match the wrestlers were friends outside the ring.

Blurb:
Aimee Sherwood never dreamed that following her fiancé into the witness protection program would land her in a haunted house in a town that’s downright creepy. She’d have laughed if she had been told the guy who lives down the road might be her soul mate, not the man whose ring she’s wearing. Life in West Virginia is nothing like life in Los Angeles, but between bean ball battles with Marilyn Monroe, remodeling a crumbling farmhouse, and starting a new online business, life in the country is anything but boring.

I wonder if they'll feel they have to apologize for their bad acting, as well as for deceiving him.

I think he might need acting lessons. Or he's been watching too many soap operas.

I wonder, doesn't she need to also be dead and follow him in the witness program? I would be easy to track her.
Maybe it would have been better not to tell Cade anything. I also wonder what he'll do now if he doesn't wrestle anymore.

Interesting! Is he going into the witness protection program too?

Regarding this witness protection program, is there any room for a nice writer like me? Can you just write in a bit part for . . .Oh well.

Wonder if someone will see through their act... ;)

Wow, Cade is a good actor!!! Interesting snippet, this is such a different story - well done!

Complicated relationships and tangled fates. Perfect for a story!

I understand Rocky's feelings. But at this point there seem to be A LOT of people in on the secret.

Hopefully no one will catch on.

So, he will willing to let her worry, but not Cade? Real prince, that man. I say she lets him go alone!

What an actor! It's a wonder she didn't burst out laughing. This keeps getting more and more complicated. Nice job.

From an outsiders perspective, I am not at all surprised that the wrestlers act so convincingly :-) the ring is full of dramatics!

From an outsiders perspective, I am not at all surprised that the wrestlers act so convincingly :-) the ring is full of dramatics!