The Storm and the Darkness 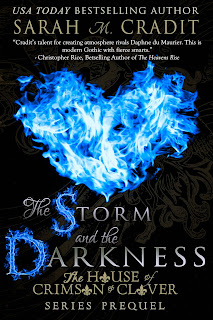 Ana Deschanel made a terrible mistake. The only chance of protecting the other people involved is to flee New Orleans, the only home she has ever known, for the quiet solitude of Summer Island.
Summer Island, Maine (population 202) is not the tranquil escape Ana imagined. The locals are distant and cold, especially her neighbor, the reclusive veterinarian Jonathan St. Andrews. Her only lifeline is the kind but odd caretaker, Alex Whitman. Showing up at all the right moments, he warns her she is completely unprepared for a Maine winter. As the first seasonal storm approaches to whispers of an island shutdown, Ana realizes she may soon be cut off from the rest of the world.

After a surprising encounter with Jonathan’s brother, Finn, Ana finds herself braving the storm to return something to him. Unprepared for the Maine storm, she slips and falls onto the jagged rocks along the shore. The St. Andrews brothers find her in the nick of time, but she remains unconscious. As the storm worsens, the St. Andrews brothers learn there are other, more sinister forces at work closer than they ever imagined.
With no help from the outside world, they must find a way to protect themselves from both the storm, and the growing darkness that looms across the island. 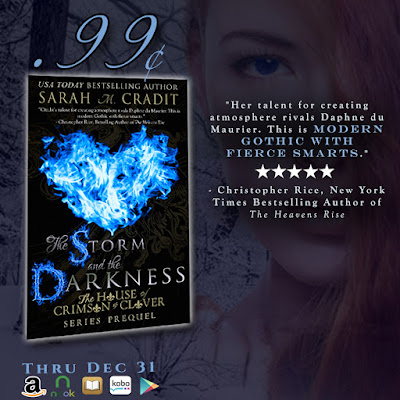 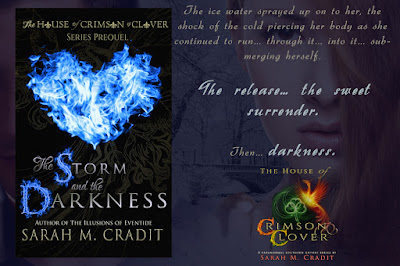 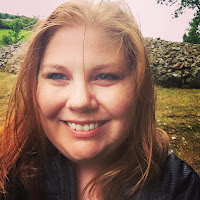 Sarah is the USA Today Bestselling Author of the Paranormal Southern Gothic series, The House of Crimson & Clover, born of her combined passion for New Orleans, family sagas, and the mysterious complexity of human nature. Her work has been described as rich, emotive, and highly dimensional.
An unabashed geek, Sarah enjoys studying subjects like the Plantagenet and Ptolemaic dynasties, and settling debates on provocative Tolkien topics such as why the Great Eagles are not Gandalf's personal taxi service. Passionate about travel, Sarah has visited over twenty countries collecting sparks of inspiration (though New Orleans is where her heart rests). She's a self-professed expert at crafting original songs to sing to her very patient pets, and a seasoned professional at finding ways to humiliate herself (bonus points if it happens in public). When at home in Oregon, her husband and best friend, James, is very kind about indulging her love of fast German cars and expensive lattes. 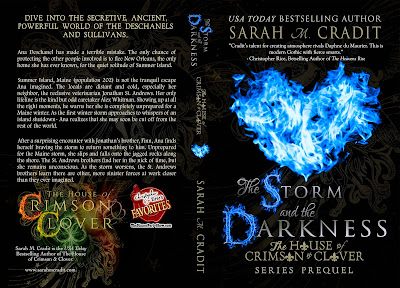 Email ThisBlogThis!Share to TwitterShare to FacebookShare to Pinterest
Labels: paranormal romance, Sarah M. Credit, The House of Crimson and Clover Series Prequel, The Storm and the Darkness