This post is part of a virtual book tour organized by Goddess Fish Promotions. Alyssa Huckleberry will be awarding a $10 Amazon GC to a randomly drawn winner via rafflecopter during the tour. Click on the tour banner to see the other stops on the tour.

“Survival is light years away.”

Earth is dying. The only salvation for humanity is colonizing space, yet so far that has failed. The last hope for survival exists on a planet light years away…and the mission is fraught with danger. Teenager Selina Alois leads a group of six high achievers who pass the exam of a lifetime to earn a position on the precarious expedition. As the mission launch approaches, dark secrets are exposed about the planet. Further digging reveals a sinister plot that not only risks humanity’s fate but also puts Selina and her team to the ultimate test.

“How did he infect you?” I asked, ignoring Gunther’s other statement.

“Don’t worry, they’re not going to infect you,” Gunther scoffed bitterly. “You don’t have to guard against them.”

“I still want to know,” I pressed. I was surprised and a little bit doubtful that the Heidel beings weren’t trying to infect me. It was a topic I’d revisit after I learned more about infection.

“It’s not a onetime deal,” Gunther explained. “They start small, they interact with you casually, so you feel a false sense of security. They build slowly from that foundation. And then one day you realize you’re infected. I don’t know if it’s that way for everyone.”

I was preparing my next question when a strange look overcame Gunther. His face twisted and he grasped his head in both hands in apparent agony. A pit settled in my stomach as I realized that our topic of conversation was somehow responsible for Gunther’s torment. I didn’t need any explanation to know that the Heidel being was insidiously protesting Gunther’s report.

Gunther ignored me. He squeezed his head tighter and let out a low moan.

“Gunther,” I repeated earnestly, this time leaning forward across the table to nudge my friend, “are you okay?”

Again, no answer. I shook Gunther’s arms and was finally able to elicit a response. But when Gunther looked up, it was with finesse that I’d never seen from Gunther before.

My breath caught and my blood froze. I was sitting across from Gunther the human, but the Heidel being had taken over. 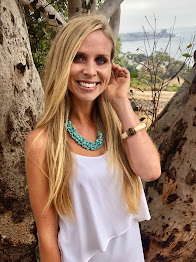 Alyssa Huckleberry grew up in San Diego as the oldest of four children. After earning a business degree from Cal Poly San Luis Obispo, Alyssa spent a short time working in finance before transitioning to work in education. Today Alyssa works as a fifth grade teacher and she LOVES her job!

When she isn't teaching or writing, you can find Alyssa running, reading, practicing yoga, traveling the world, or spending time with those dearest to her. She loves spending time outdoors, growing in her faith, and learning new things (hence, the great amount of time spent reading, traveling, and going on adventures!). A true lover of whimsy, she also believes everything is better with a latte in hand.

Alyssa's first novel, Rescuing Racei, was published in 2004 (while Alyssa was still a high school student) and later won the San Diego Book Award for Best Young Adult Novel. Since then, Alyssa published three other books to complete the series: Stealing Splendiferous, Magicus, and The Maleku Map.

The Struggle is Real was an inspired piece written for an adult audience as a stand-alone work. Her latest novel, Dark Matter, is written for a young adult audience. It is the first book in what will be a science-fiction series imagining a future of space exploration!

Thank you, Elaine, for sharing Dark Matter with your followers! :)

This book looks good! Best wishes on the release!