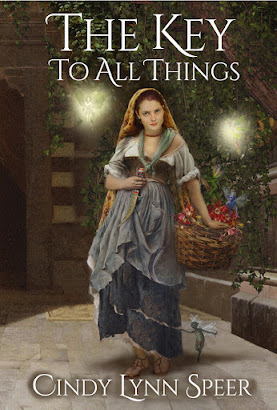 Every day, Lady Avriel hears the bards sing about the greatest love story of all times, a heartbreaking romance between a human nobleman, Captain Edward de Vere, and the beautiful Queen of the Fae, who shattered his heart when she abandoned him to accept her throne. Avriel secretly longs for the sad and romantic captain as she works as a double agent, serving at both human and fae courts to keep the peace between the two kingdoms.

But for three hours every night she remembers a completely different world, where the greatest love story is a lie, and Edward belongs to her. She believes this reality to be the true one, even if no one else does. The world has fallen under a spell, and it is up to Avriel to find its source and undo it.

To set things right, Avriel must face the all-powerful Elder Fae and confront the darkest powers that rule her destiny – only to learn that if she proceeds, her actions will bring chaos and open her kingdom to destruction. Is this a choice she is willing to make to bring her love back?

There is a story that sits in the back of my head, and I remind myself of it every time I lie down to sleep. It is the story that recounts everything I had, and everything I lost. It is not the story you know, about war and love. You believe in the tale of Catherine of the Willows, a part fae who fell in love with Edward de Vere, Captain of the King’s Guards. You al-ready are nodding, you know the story like you know your own face in the mirror. It’s been told to you thousands of times. Catherine and Edward fell in love. They married despite their love being forbidden. And then, when the story should have ended with everyone having their happily ever after, the unthinkable happened. Catherine was chosen to take the fae throne. And with that, came a terrible decision. She could keep her mundane life, her marriage, or she could sacrifice her identity and become the Sapphire Queen of the Fae.

She sacrificed. And as she rose, Edward fell. Tossed aside, he became

Here is the truth, if you would have it. There were three men who were like brothers: an inventor, a pirate, a romantic; warriors all. And there was a woman, Avriel, neither all fae nor all human, and she lived between the worlds of the human and fae courts. Avriel was the one who enchanted Edward, Avriel was the one he wed, and everything should have been the happily ever after of the stories: flowers and sunshine and perfection.

So why don’t you remember it this way? I don’t know. No one remembers. They know of these three men – Edward de Vere, and Merrick d’Marison, and Stephan d’Valerian, and all the things they did. They sometimes remember the woman – me, Avriel, now a background character in a much grander story. But no one remembers the truth. In one brief moment everything’s changed, and I do not know how, or why.

All I know is that Edward, my husband and the love of my life, does not remember who I am. But that is not as bad as it would seem. For, you see, except for three blessed hours each day, from nine until midnight, I don’t remember him, either. Or, to be more precise, I don’t remember that he was once mine. He’s just an attractive soldier who once was the Captain of the King’s Guard but now fell from grace, and all I can do is hide in the shadows and long for him.

It used to hurt, the remembering. At first it would paralyze me. I used to think I was mad. I would sit in my room and stare at the wall, wondering what to do. There was no one to talk to, to turn to. Everyone had been taken from me.

Oh, I cannot lie. It still does hurt. But I force it away, and instead I consider the day behind me, and the day ahead of me, and I take out some paper and write down some notes. They are different, depending on what needs to be accomplished. I place each note where I will see it in the morning, out of sight of the mirror, because there is a fae courtier who controls me, who can see through mirrors, and who would not allow me to proceed.

One step at a time. We will solve this. I will have my life back.

Since the age of thirteen, I think.  I don’t remember a time when I was not telling stories, though, I remember telling myself stories to lull me to sleep, I remember making up stories as I sat in my sandbox as a little girl.  I remember dearly wanting She-Ra and He-Man dolls because I realized I could use them to create more stories.  But I was thirteen when I realized I could write them, and everything since then as been little realizations of what I can do.  I read Neil Gaiman and realized that I could write the kind of comics that were inside my head, I recently realized how I could write sword fighting scenes that would tell the story and not just be an excuse for action.

The first book I published was actually the second book I wrote, Blue Moon.  I was at my desk at the library I worked in, listening to the radio while I was putting metal security strips in books, and they were talking about a blue moon sale.  I kept thinking about the book, as I drove, as I tried to sleep, and wrote fairly steadily on it.  I submitted it to Zumaya Otherworlds and they accepted it…I was so excited.  As I waited for publication I made friends with the awesome Deena Fisher, who had published some of my other short stories, and she made the cover for me – I thought it was lovely of her, and have never forgotten either her or Liz Burton’s belief in me.

I think that I have a lot of affinity for Patricia Briggs.  She is amazing – I adore everything she writes, and like me, she dabbles in high fantasy adventure and paranormal mystery.

I was going to say writing your stories down and seeing the book.  Because the moment you open the box and you see your book, see the cover – it is pretty wonderful.  But I admit I really love it when I hear that people loved my book and want more.  It’s not really vanity?  It’s more like relief.  Like, it was worth all the hard work. The people at Dragonwell worked so hard and were so amazing, I feel like I did not let them down.  Or my readers down.  The worst part is the work life balance.  There is so much to do, and I never, ever feel like I do enough.

A couple of things.  I am working back and forth on a set of mysteries set outside a national park – there’s a motel for seelie and unseelie fae there – or a story about a godmother in the 1960’s who is healing from some horrors of the past, when she gets pulled into solving a mystery.  (I love mixing fantasy and mystery.) 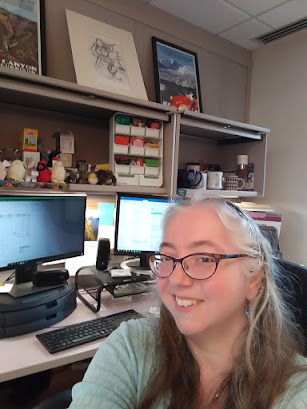 Cindy is the author of the Amazon bestselling The Chocolatier’s Wife, and it’s sequel, The Chocolatier’s Ghost, among others, including the brand new Key to All Things.   She loves reading, taking road trips, hiking, pretending to garden (really, I need to feed my poor tomatoes) and sword fighting.  You can find out more about her at http://www.cindylynnspeer.com or her facebook, https://www.facebook.com/cindylynnspeer/ and Twitter https://twitter.com/cindylynnspeer

Cindy Lynn Speer will be awarding a $25 Amazon GC to a randomly drawn winner via rafflecopter during the tour.

Email ThisBlogThis!Share to TwitterShare to FacebookShare to Pinterest
Labels: #SALE

Congrats on this tour and thanks for the opportunity to read about another great book out there to read. It helps out so I can find books I know my family will enjoy reading. Thanks as well for the giveaway.

Thank you very much for hosting!

Sounds wonderful, thanks for sharing :)

YOu are all wonderful...thank you!!

This book sounds awesome! I can't wait to read it!

Thank you so very much for the generous giveaway!! ❤