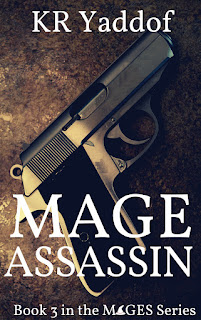 Lauren Trinidad is the best private security money in the League of European Nations can buy. She's been trained by her father for her entire life to protect the good guys from the bad. But when the good guys seem to be working for the mad man responsible for blowing the world into chaos and her family is suddenly the bad, she is forced to choose between what she is taught to do and what she thinks is right.

Captain David Trinidad is the best soldier the New Republic of Texas can find to pull off a secret mission that will decide the fate of the small country. He’s been raised in his military family to do anything to help his homeland. But when he discovers he is the only chance at saving someone he loves, he has to choose between the only two things in his life that he's never doubted.

Meagan Trinidad is the best assassin the United Countries of America has for hire. She has walked the tightrope between making her father proud and protecting those she cares about for a while. But when her work threatens to destroy her friends, she must choose between the familial loyalty that has guided her whole life and the promise of being loved for who she is and not what she does.

“I told you I was working.” Lauren tried not to snap. Zachary obviously wanted to forget their earlier fight about whether or not it was too dangerous for her to protect the new prime minister. But Zachary didn’t give up that easily. “I was doing my job.”

“I thought you only had to stay through the prime minister’s speech.”

“I did, but I saw a few suspicious characters before I left, so I stopped them from killing everyone.”

“Oh, you did, huh?” He smiled that charming grin that made her forgive him for anything.

“Yeah, because I’m smooth like that.” She couldn’t help but smile back.

“Sure you are.” He laughed and crossed the room to her. “You’re hurt.”

“It’s nothing,” she lied. Even her teeth hurt.

“Here.” He gently took her face in his hand. He blew a thick lock of her chestnut hair back. He ran his finger over the bruise and whispered, “Curatio.”

White-hot magic radiated from his thumb into the center of the pain and slowly flowed over her face, leaving cool relief in its wake. Her hand joined his as she felt her healed face. Her skin was smooth and no longer sore.

“Thanks.” She kissed him softly. His lips felt warm, soft, and familiar. His hands immediately pulled her to him. She stopped him by putting her hands on his chest. “I need a shower.”

“Shall I join you?” He cocked a platinum eyebrow.

“I could never be cold when I’m near you, Abigail.” David wanted to kiss her right then. He wanted to take her in his arms and not let her go. To carry her off into the night and never have to worry about anyone coming between them again. “You are my fire. You are my reason for livin’. You are my life.”

“It is more than love.” He knelt down and looked up into her surprised face. He reached into his pocket and pulled out the box. Enveloping her left hand in his, he said, “Abigail Evelyn Lattimore, will you marry me?”

“Oh, my God, David!” Her hands flew to her mouth, eyes wide. She stared down at him, tears forming in her eyes. She glanced at the ring and exclaimed, “Yes! Yes, of course, I will!”

And then she was in his arms. He spun her around in elation, only stopping to kiss her. Her hands went to his face as he held her against him, and he kissed her harder than he ever had in his life. Pure joy surrounded them, and he could feel the aquamarine in the necklace she wore warming against his chest. He pulled away only to slip the diamond ring on her finger. She admired it as it also started to glow.

“Your magic approves,” he said, kissing her again. She was a white mage and had fantastical healing powers. He could feel her happiness vibrating between them and even lighting the coral in his own boar’s head ring his father had given him when he joined the service. He sighed and added, “Even if your father doesn’t.”

“We both know you’re not going to college.” Jacob moved his mouth closer to her ear. “Why are you going to New Haven? To kill my sister?”

“What?” Meagan jerked back to see his face, but he held her too tightly.

“I know what you are, darling.” His voice was so quiet she barely could hear him. “An assassin.”

“That’s not true!” She swallowed, her head spinning. How had he figured it out? Her father was going to be pissed. “I would never hurt Kayla.”

“That may be true, but you have been hunting my brother for years.” Jacob’s hands crept up her body. They stopped on either side of her throat. He pressed harder against her. “Why do you think I’ve been keeping you so close?”

Meagan didn’t say anything. Sliding a hand behind her back, she glared at him. She went for the knife hidden in her waistband.

“I don’t think so, darling.” He grabbed her wrist and twisted it along with the other one above her head, pinning them against the door. She refused to cry out in pain. She wouldn’t give him the satisfaction. “I kept you so close I know all of your little tricks. Didn’t you wonder why I cared? You should know by now that I don’t fuck the same girl more than once. I was keeping an eye on you instead of ending you.”

She brought up her knee in a swift movement and hit him in the crotch. He grunted and doubled over in pain. She punched him in the face and pushed him off her. Spinning, she kicked him in the head and knocked him to the floor. She drove her boot into his stomach for good measure.

“Don’t ever threaten me, Jacob Godard,” she whispered in his ear, kneeling over him. “Next time I’ll slit your arrogant throat.” 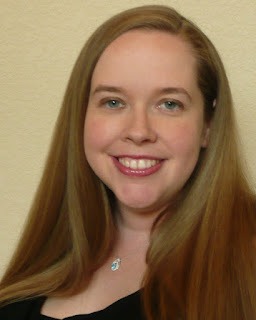 K R Yaddof was lucky enough to take a few writing classes at the University of Iowa Writer's Workshop when she was there as an undergrad getting her degree in cinema. Now she lives in Denver, CO with her husband, two kids, and one fat cat.

KR is currently finds time to write while staying home with her two small children. If you want more MAGES, cross your fingers for her children to start sleeping through the night!

Thank you so much for hosting! I'm happy to answer any questions from your readers about the series. I hope everyone enjoys the books!