If you came for Fashionista Friday, scroll on down, but you have two posts to look at before you get there. See anything you like bookwise? 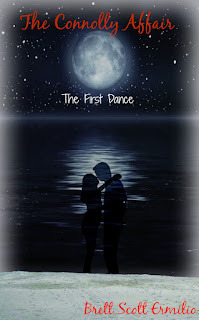 Nicki Connolly’s life has flat lined. Nicki’s dull marriage to her husband, Aiden, flounders further and further into a hopeless abyss. Despite the setbacks, Nicki attempts to balance being a working mother, a successful attorney and relishes the distractions of a budding romance with a man named Taylor Diamond. Nicki has been assigned lead attorney in a massive class-action lawsuit that will make or break her career at the firm of Rapture and Myers. That is when the handsome Taylor Diamond appears in her life.

Taylor Diamond has been named second chair for the big case. Taylor has it all: looks, brains, a strong family name and many connections. But dark forces loom and converge upon Nicki and Taylor. As obstacles grow, the two form a fiery bond just as the case and her life reach an epic breaking point.

The Connolly Affair delivers a suspense-filled thrill ride that will have readers on the edge of their seats.

See, everything new became old. Everything special became ordinary. I’d love to blame him for my betrayals, but mirrors are all too honest. And there was no way around it. I made this choice.

But even so, it is hard to fathom happiness, evaporating like a water droplet on a blistering hot day. And that’s what happened. Our spark was gone, our flame had dulled.

And there it was. I had a wonderfully honest and kind husband, I had two amazing children, I was a partner at my law firm, and in a single fall moment I risked it all.

AN INTERVIEW WITH BRETT ERMILIO

1.What's the best and worst part of being an author? The best part is creating new worlds of discovery to enjoy. I thoroughly enjoy the worlds I create and the challenging stories I share with readers. It is the best feeling in the world to complete a creation from start to finish. The worst part is dealing with people who attempt to tear you down or those who don’t enjoy your stories. I have always come across many more people that have enjoyed my projects than not, but as a creator it’s hard not to focus on the few who do not like something you’ve created. It’s impossible to please everyone but we try!!!

2.Which book of yours is your favorite? Why The Connolly Affair as a series is. I am almost finished with book 2 and I know it is a bit cliché to say your latest work is your favorite, but the entire story will span nearly a thousand pages. It is a wonderful challenging read that delves deep into passion, love and suspense. It is so effective as a story and I’m very excited to share this trilogy with the world.

3.What are your favorite authors in the genre that you write? I don’t work in a single genre so that can be tough. I truly enjoy Stephen King, Robert Frost and screenwriter Aaron Sorkin.

4.Which of your characters is most like you? Jacob from the book of the same name. That character I created when I was just 18 years old and wrote a screenplay. When I was 21 it won a “Best Screenplay” award and was optioned. Although it hasn’t made it to the big screen yet, I did release the adapted book version just this year. The story is inspiring and amazing.

Brett, thanks for sharing with us. I wish you luck with your writing. 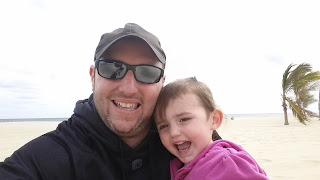 The nephew of Neil Scott Bogart (The Disco King and founder of Casablanca Records), Brett has been writing stories since he was sixteen. His first completed screenplay was written at age seventeen. He won a screenwriting award for his move script, “Jacob.”

Over the years, Brett has written, directed and produced a feature film, worked on numerous screenplays. He had his first book published through Lyons Press, Going Platinum: KISS, Donna Summer and How Neil Bogart Built Casablanca Records, a biography highlighting the meteoric rise of Neil Bogart from birth to death.

Over the next year, Brett is releasing his highly anticipated romance/suspense trilogy, The Connolly Affair, and plans to continue writing enthralling stories and looks forward to sharing his thrilling adventures with the world.

Goodreads Link: https://www.goodreads.com/author/show/7855029.Brett_Scott_Ermilio
WEBSITE: www.brettscottermilio.webs.com
EMAIL: brettermilio@gmail.com
Facebook: http://www.facebook.com/brettscottermilio
Twitter: https://twitter.com/brettermilio
Link to Book: http://www.amazon.com/Connolly-Affair-First-Dance-ebook/dp/B00U0SDC0M/
Brett Scott Ermilio will be awarding a $20 Amazon/BN GC to a randomly drawn winner via rafflecopter during the tour. Use the rafflecopter link below to enter. You can find his tour schedule at
http://goddessfishpromotions.blogspot.com/2015/04/vbt-connolly-affair-by-brett-scott.html
a Rafflecopter giveaway
Posted by Elaine Cantrell at 4:30 AM

I'm completely intrigued by the blurb of this book and can't wait to read it! Thanks for sharing :)

I enjoyed the interview. Thank you for the post and the giveaway!

Great interview~thank you for sharing!