Lake of Sins: Secrets In Blood 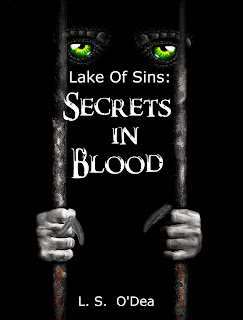 In a world where class distinction means the difference between imprisonment and freedom and even life and death, being chosen to stay in the encampment and breed is the only way to guarantee survival for a teenage Producer.

Every year after harvest, the finest examples of teenage Producers are assigned mates; the rest are loaded onto carts and hauled away, never to be seen or heard from again. Trinity, a sixteen-year-old Producer, knows that she has no chance of being chosen to stay. She isn’t even full-blooded Producer. Her father is a House Servant and she’s spent her entire life hiding her differences, especially her claws and fangs.

She has one week to sneak into the forest and discover what happens to those who are taken. Her plan is simple, but she doesn’t count on being hunted and captured by predators long believed to be extinct. Can she elude her captors to uncover the fate of her kind and return to camp before her escape is discovered? 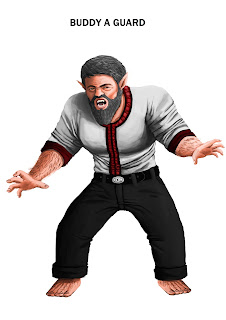 She ran blindly away from the sound of the Guards, her backpack slamming against her spine with each stride.  If they catch my scent, they will find me.  She skidded to a stop.  The forest had ended.  A rock wall loomed in front of her, stretching to both sides as far as she could see.  Little crevices and divots peppered the wall, but it was too steep to climb.  She had to make a choice.  The wrong one would cost her freedom, maybe her life.

The trees rustled behind her.  Too late.  They found me.  This had all been for nothing.  Now, the best she could hope for was to be taken with the others.  Her chest tightened.  She had to make sure that her mom and Remy weren’t punished because she escaped.  She raised her hands to her shoulders and slowly turned.  Her breath caught in her throat.  A Tracker, the deadliest of predators, stood on its back two legs, towering above her, front legs hanging down like arms.  Brindle fur covered its body and its eyes glowed yellow in the shadowed forest.  Its tongue lolled out the side of its mouth, exposing a row of sharp teeth on the other side.  Someone should tell it that they no longer exist in the wild. 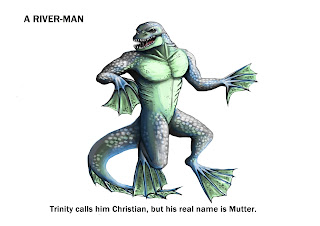 What is your favorite ice cream flavor?
That depends on the day and on the ice cream.  At Dairy Queen or any place that serves soft ice cream, my favorite is chocolate.  Out of the carton my favorite is either vanilla with hot fudge and caramel sauce or fudge royal (although chocolate chip should not be ignored).

Which mythological creature are you most like?
I’d have to say that right now, I am most like a Chimaera.  I feel that I am one person with different “heads”.  The dragon or serpent head part of me is my day-job persona.  I pay the bills as a software engineer so the skills needed for that are different (but some are oddly the same) as the ones that I need to create stories.

The goat head is the “home” persona.  This is the me who cares for my family and pets.  She also takes care of the house and yard.

First book you remember making an indelible impression on you.
I don’t recall the name of the book but it was about Greek Mythology.  I remember that there was always one fabulous illustration to go with each story.  From the day that I found the book at the library, I’ve loved Greek Mythology (not so much Roman – they just copied).

How do you develop your plot and characters?

This is probably going to sound weird, but I kind of let my characters do all that.  When I start a story, I have a basic premise in mind.  I may have the beginning or the end or both.  I always have a vague image of the main character although sometimes as I’m writing that changes.  He/she could change sex, age and even species.

I start the journey and let the character’s motivations guide me.  I am never as happy as when they take me down a, usually dark, place where I had not even imagined going.

Describe your writing space.
The actual physical space is a mess.  I am not a very neat person.  For me, the physical location does not matter.  I can write anywhere as long as I have my computer.  Now, on the computer, my writing space is very organized with folders for books, short stories, ideas, quotes, advertising, etc. 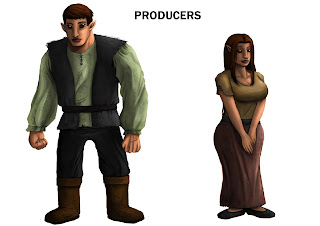 L. S. O'Dea grew up the youngest of seven. She always wanted to do what her older siblings were doing, especially reading stories.

Ill at a young age, she immersed herself in books. Her life changed when she read a short story written by her older brother and realized that normal (somewhat anyway, since her brother was a bit weird in her opinion) people created these amazing stories. From that day forward, she wanted to write.

However, as with all good stories, obstacles rose in her path (mostly self-created obstacles) and it took her many years to put finger to keyboard and type her first book.

The first book of the series is on sale for $0.99 until the end of the tour. 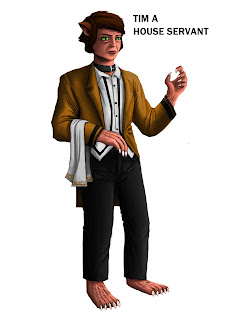 Prizes for the tour are as follows. Use the link below to enter:
• One randomly chosen winner via rafflecopter will win a $50 Amazon/BN.com gift card.

Thanks for hosting my series.

Glad you liked the excerpt.

Rita -- not sure why my last comment posted twice.

Thanks for hosting this stop on the blog tour.

I loved the interview! Thanks.

Thanks Victoria and Ree Dee, glad that you liked the interview. They were fun to write.