Some love lasts a long time, some a lifetime. Can theirs outlast space-time?
Randi’s summer vacation plans? Attending Professor Sudo’s Time Travel Academy so she can blast back to 1980 Miami and figure out where her father disappeared to. She’s the head of her class until hottie Mitch arrives disguised as a geeky geologist and totally messes up her meditation. Goodbye Soulful in Sedona, hello Yearning in Yoga. So long solo time-travel, hello pushy partner--who happens to be a buff tri-athlete, a sympathetic listener, and an ace FBI agent on a secret mission. With his help, she’ll conga her way into the Cuban mafia, try not to destroy the delicate fabric of the space-time continuum, dodge a few bullets, and solve The Mystery of the Missing Dad. And maybe fall just a little in love…
A new adventure in romantic comedy, with a heroine who boldly goes where no chick has gone before, tons of danger and intrigue, a roller-discoing Granny, life and death betrayal, steamy Miami nights and one hot FBI agent. 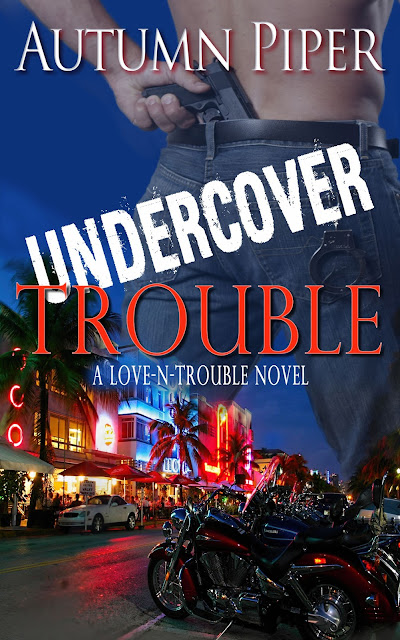 Amid stunning views of sheer cliffs, sandstone gullies, cedar trees, and sage, our chopper lowered. The beautiful blue-green ribbon of river wound below, cascading over falls I’d never expected in the desert. After a four-thousand foot descent, we touched down not far from the water, in a seemingly different world.
Mitch had spent the entire ride gripping his seat belt. Even when I’d pointed out the rising sun to him, he’d only flicked his eyes toward the east and grimaced. Ordinarily, I’d have razzed him. But since he’d been so kind about my fear of snakes, teasing him would have been churlish.
As we stepped out into the cool, bright morning, he heaved a big sigh of relief.
The pilot quickly checked out our GPS radio device to make sure it was operational, handed it to Mitch, and reminded us he’d meet us in the same spot at eleven the next morning.
We gathered our packs and moved away from the aircraft.
When the air had stilled again and the chopper shrank along the horizon, we began our hike to the Indian holy grounds, an area believed to be another energy vortex. Sudo’s itinerary suggested we hike there and meditate for two hours, then move away to some secluded area with little chance of meeting anyone else, where we could shade up for the hottest part of the day.
“I can’t believe we got gypped out of breakfast again,” Mitch grumbled beside me.
“I can’t believe you told Checklist Chick we’re married!”
He laughed at me. “It was the fastest way to save her life. You looked like you were about to eat her alive, for flirting with me.”
I stopped in my tracks. “You! Oh! I-I-I did not look at her like that. She can flirt with you all she wants, you, you, bigheaded lout!”
More laughter.
“So tell me, Mr. Goodman. Why are we here, really?”
“Humans in general?”
“Us! You and I. Why are we isolated out here in the Grand Canyon, using your undercover name? Is something going down today in Sedona? Something you’re keeping me away from?”
“Nancy Drew returns.” He groaned and stopped in the shade of a cedar to catch his breath. “Look. I didn’t know we were coming out here ’til Sudo told me this morning, same time as you. I almost think he didn’t know either.”
“How could that be? Is this some impromptu lesson?”
Mitch shook his head and took a long drink from his water bottle. “His wife. Something about her…”
He had a point. Mrs. Sudo did seem to have her own agenda. “Somebody hung a crystal in my window. In feng shui, it’s supposed to promote romance.”
He grinned, brow raised.
“But surely,” I said, “Sudo wouldn’t allow her matchmaking game to get in the way of his science.”
“Science, hmm? More like science fiction. Sometimes I catch myself wondering if this is really going to work. Maybe he’s messing with our heads to see how long we’ll put up with it. Maybe that’s the real science he’s working on.”
“God. Now you sound like my mother.”
If he’d been a dog, his ears would’ve been pointing straight up. “She doesn’t believe it’ll work, huh?”
I sighed and heaved my pack up to my shoulders. “I’d rather not discuss it today. Suffice it to say, she has her personal fears about me going looking for my biological father. So she projects those fears into doubt about the time-travel process.”
Mitch fell into step beside me again. “Why do you want to find your father so much?”
“He’s the unknown. Well, not him so much, but what happened to him. His fate is the unknown. The ‘x’ in the equation of my life.”
“The ‘ex’? I thought his name was David.”
“No, the ‘x’, as in algebra. X plus seven equals ten.”
“X equals three,” he supplied.
“Why’d you solve it?” His brows were drawn, and he looked at me like I was crazy. “Isn’t it enough to know x plus seven equals ten? Why’d you have to solve the problem and tell me the value of x?”
“I don’t know. Because it’s there. Because we were taught for years if there’s an unknown variable, to solve for it.”
“Exactly. So why should I do less when it concerns my own father?”
“Still. You’re willing to risk your life to solve it?”
“Risks are relative, Goodman. I seriously doubt I’ll die. The worst that might happen is I end up in the wrong year, or can’t get back.”
“And what will you do then? If you’re in the wrong year, you still won’t figure out where your father is.”
“I’ll have to deal with it, then. Or go back to Sedona and do the tele-time-transport thing all over again. Again and again, ’til I end up in 1980.”
“You’re telling me, if you end up in the wrong year, you’ll keep trying to get to 1980 rather than back to your own time?”
“Time is relative too,” I joked. “But seriously, I came here for one reason—to find out where my father went. It’s my mission.” We climbed along in silence. Disapproving silence, if I was to guess. Mitch was taking the same risks, but he seemed to think my cause was not worthwhile. Double standards! “What’s your mission, Goodman? Or, Wheels? That’s what they call you back at the Bureau, or the precinct, or wherever you came from. Why do they call you that? What are you really traveling back to 1980 for?”
“So many questions, Ms. Drew.”
“Oh, so, what? You get to ask me anything, but I can’t ask you?”
“You can ask. Doesn’t mean I’m going to answer.” 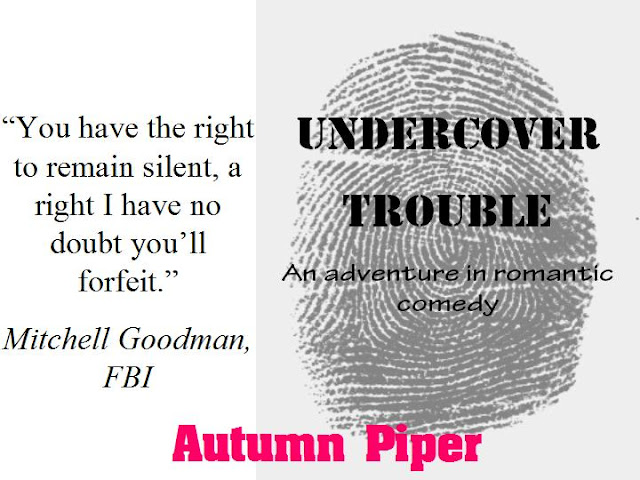 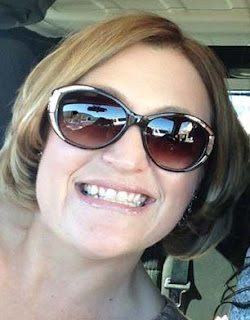 Born and raised in itty-bitty Rifle, Colorado, Autumn Piper studiously avoided trouble…but is now inclined toward it, particularly in her novels. She thinks the best things in life are funny, and the runners-up, romantic.
An admitted carb addict, Autumn writes, edits, manages two teenagers, one husband and many supersize houseplants, and does the cooking and cleaning when forced to.

Undercover Trouble is a really fun read. I wanted to read it because I love time travel novels, and the idea of searching in the past for a missing parent appealed to me. I also wanted to know if our heroine could resist trying to change the past which she had been warned not to do. As the plot progressed, several interesting and unexpected wrinkles showed up to tease us.

Character wise, I just loved Randi, the heroine. She's funny and pretty, and that attracts a  lot of people to her, some of whom she'd rather just went away. I loved that she was so resourceful and that she refused to give up on her quest.

The hero didn't stand out to me as much as Randi did, but he was always there when she needed him.

This was a clean read even though there was a lot of romance in it. No graphic scenes.

I think you'd like this book. I enjoyed it very much. 5 of 5 stars.
Posted by Elaine Cantrell at 5:00 AM

Thank you for hosting me, and for the nice review!