Beyond the Book: Betrayal Hurts 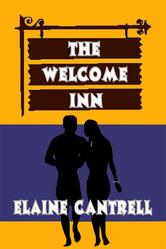 Has a person you love ever betrayed you?  If so, you aren’t alone. History seethes with stories of betrayal, many of which are committed by close friends or family members. Take the story of King Arthur, Sir Lancelot, and Guinevere, for example.  King Arthur was married to Guinevere who appeared to love him. However, when she met Sir Lancelot, she felt a powerful attraction to him.  For a time she denied the attraction and avoided Lancelot, but ultimately she betrayed Arthur and contributed to the fall of Arthur’s kingdom Camelot.

Are you familiar with the story of Samson and Delilah? Samson was a strong warrior whose enemies tried and failed to destroy him.  His girlfriend Delilah betrayed him to his enemies by telling them how he could be defeated.  He was taken prisoner and blinded.  Ultimately, he got his revenge, but it was at the cost of his life.

Modern literature is also rife with betrayals. For instance, think of Scarlett O’Hara in Gone With the Wind. She betrayed her own sister Suellen when she lied to Frank Kennedy and persuaded him to marry her instead of Suellen.

Betrayals aren’t only used as a device in novels. A great many Hollywood movies deal with some type of betrayal. Have you seen Payback with Mel Gibson? In this movie Mel is shot by his wife and best friend and left for dead, but he survives and sets out to get his revenge.

Of course, romantic betrayals aren’t the only kind.  Think of how Benedict Arnold betrayed his country.  His name is synonymous with treason.  Another good example of a betrayal is when Brutus betrayed his good friend Julius Caesar.  Brutus was one of the Roman senators who stabbed Caesar to death.

Don’t forget Disney either. In The Lion King, Mufasa’s brother Scar betrays him and manipulates Simba into running away, ultimately leaving the way clear for Scar to take power.

On a personal level I've written several books filled with betrayals. How do you like this one from one of my earlier books The Welcome Inn? In this excerpt, my hero and heroine are hiding out from bad guys, and Buck tells her about his ex-wife.


Julianna heated the beef stew and poured it into two bowls. They sat down at the small corner table to eat. “I like this place, Buck. It’s cozy and warm.”

“You don’t mind being in the woods with no shopping center or restaurant nearby?”

“No, I don’t mind. I like to shop, but I like to get away from the crowds occasionally.”

It was hard to say who was more surprised by his comment.

Buck fidgeted and felt uncomfortable, but he did answer. He saw no harm in telling her about Becky. “Becky was a tiny woman. Maybe five feet two and a hundred pounds with blond hair and blue eyes. She was interested in shopping, art galleries, antiques, and stuff like that. Her idea of a vacation was a cruise or a trip to New York. She hated Alaska. I tried to tell her we wouldn’t be up there forever, but it didn’t make any difference. She never would make an effort to adjust.”

Buck grimaced. “I doubt it. She knew that I owned Abercrombie Construction, and she thought I had a lot of money. She never let me forget how crude and rough I was, and she hated that I was so big.”

“How strange,” Julianna mused. “I like a big, muscular man.”

Buck allowed himself a brief, inward grin before he completed his story. “Becky ran off with another man.”

“Was he a wormy little thing?”

Buck roared with laughter. This was certainly a new construction to a painful, familiar story. “Yeah, he was.”

“You should have beaten him up,” Julianna averred.

“I wanted to, but it wouldn’t have done any good. She didn’t want me. Forcing her to stay would only have prolonged the misery.”

Buck had never expected to talk about his marriage with any degree of amusement, but somehow Julianna’s opinion had removed much of the sting that he still felt. It surprised him to find how much better, how much more of a man it made him feel.

If you like what you've read, you can buy the book at Wings ePress or at http://www.amazon.com/Welcome-Inn-Elaine-Cantrell-ebook/dp/B003AKZBQ0/ref=sr_1_1?ie=UTF8&qid=1441077565&sr=8-1&keywords=the+welcome+inn+by+elaine+cantrell