ALL THAT IS CASSY ROOP
(scroll down for more information) 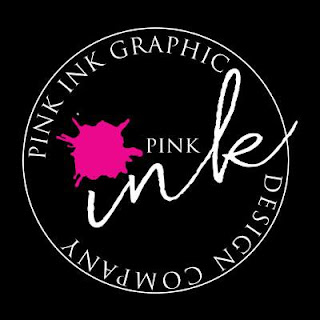 WHAT IS PINK INK:
Pink Ink Designs is a graphic, print and web design company based in Charlottesville, Virginia with a strong focus in book cover design, author branding, and interior book formatting. While my home may be in Virginia, most of my clients are located throughout the United States and beyond. I place a huge emphasis on awesome design, excellent client service, and timely communication. Throughout my thorough design process, you work directly with me as we create a look that reflects your style.
HOW I GOT HERE:
As a graphic design student at Piedmont Virginia Community College and a self taught designer, my goal of being an author as well as opening my own graphic design business has always been a dream of mine. Over the last year, I have slowly geared my career path towards this goal, taking in every bit of business and design experience I could along the way. I threw together my own brand and website with big hopes and fingers crossed for Pink Ink Designs. By December of 2014 my business had taken off faster than I could have ever hoped and lead me to take the leap into full time self employment as of April 30, 2015.
ON A PERSONAL NOTE:
In between designing, I am a contemporary/erotic romance author as well as a group fitness instructor at Gold's Gym where I am a Les Mills instructor certified in BodyAttack, BodyCombat, BodyFlow, BodyStep, and Body Pump. I have three wonderful children and a very loving and supportive husband who has been with me as I have chased after my dream. I was born and raised in Arkansas (Go Razorbacks!) but have lived in Virginia for the past 12 years.

"Cassy Roop of Pink Ink Designs is one of the most talented people I have ever worked with. Not only are her cover designs brilliant, she is a truly amazing person. She is extremely talented and has designed the most amazing book covers for me. She’s quick and knows exactly what I want without me having to tell her. She can take an ordinary photograph and turn it into a masterpiece that represents my stories in the best possible way. She’s very professional and a hard working individual that is a true pleasure to work with. I look forward to working with her on many more book covers now and in the future. Pink Ink Designs is the way to go!" -Sandi Lynn USA TODAY and NYT Bestselling Author


"Cassy is amazing. I needed a formatter who could meet my deadline. I received the file back within 24 hours of sending it to her. She is efficient and patient with an unbelievable turnaround time. I'm very impressed. I look forward to working with her again on future projects."   -Jen Scott Khan, Author 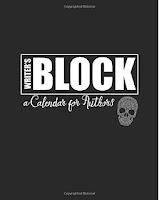 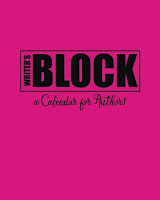 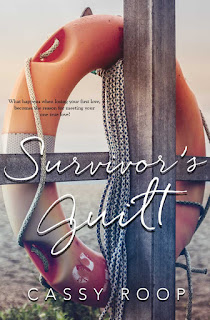 There are five stages of grief.


Losing the love of your life is one of the hardest things anyone would ever have to face. Especially when your life with them was just beginning.


When tragedy strikes on what should be the happiest time of your life, how are you supposed to pick up the pieces of your life and move on without them?


Two strangers who happen to share a life changing event, come to find solace in each other to help deal with their pain. One of them feels the guilt of being the reason that a life was lost. The other guilty for making a last second choice.


Both of them, guilty that they survived.


But what happens when a bond that surfaces from tragedy brings these two strangers together? Finding comfort in each other as they both deal with the same pain, was never the plan. Can they look beyond the guilt of the past in order stop themselves dying along with their loved ones, but instead live and learn to love again?


What happens when losing your first love becomes the reason for meeting your one true love?

Emotions play an important role in how we think and behave. Our emotions are composed by how we experience them, how our bodies react to them, and how we act in response to them.
Nicola Forbes was born with a condition that leaves her with the inability to express or recognize emotions. It is only through countless years of therapy and repetition, that she can acknowledge some signs of emotions in other people.
Being an emotional blank canvas has Nicola seeking out the only thing she does feel—pleasure. One of the highest paid escorts in New York City, she seeks solace through physical intimacy with her clients like it is a drug that she needs to survive.
Andris Gunn, a psychiatrist with his own mental issues, lives a secret life in order to deal with his inner demons. Unbeknownst to him, he engages one of his patients into his secret world of ecstasy, desire, and physical pleasure that is the only thing to placate his own inner turmoil.
The trigger that Nicola and her doctors have been searching for nearly her whole life—the catalyst to ignite feelings within her— has sparked.
VOID is an erotic romance novel about seeking emotional barriers and tearing them down. It is a tale of deceit, betrayal, and lies, but even in the darkest of times, love will find a way.
I AM AN ESCORT.
I screw men and get screwed for money,
living my life everyday as Jericho Lane.
My clientele list is immaculate.
I am sought out, demanded
and damn good at my job.
I don’t care that these men have families at home,
or that they are important people.
I do it for the money.
to survive.
There is nothing that could make me
feel a bit of remorse or
concern about what I do because
I was born with the inability
to experience or feel emotions...
I don’t feel PAIN
I don’t feel SORROW.
I don’t feel extreme HAPPINESS or LOVE
I am VOID.
A blank canvas of emotions.
An empty hole in an endless sea of
circumstances, moods and relationships.
Until one client changes EVERYTHING.

Two short months before graduating high school, Kendall Jones’ world is ripped apart at the seams. A stranger rescues her from a near brutal attack, but is unable to save her parents from death. Eight years later, Kendall moves to New York, hoping to put her past behind her, and once again finds herself in need of rescue.
Tristan Price saves the life of a young woman, who then haunts his dreams for eight long years. When she literally falls at his feet, Tristan decides that he will protect her, no matter what the cost. When her past comes back to threaten her, his plan to keep her close could cost his heart.
Can Tristan save Kendall a second time, and at what cost? Can the price of love overshadow the darkness of her past? 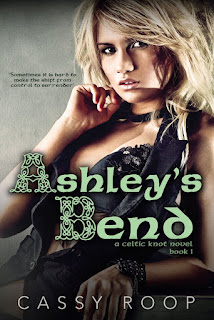 Ashley’s Bend-a knot used to securely join the ends of two ropes together.


Ashley Carter thought she had the perfect life as the loving and supportive wife to her upcoming attorney husband. Marrying her high school sweetheart and moving to Chicago to start a life with him seemed perfect, until she ends up walking in on him with another woman.


Determined to start her life over after always sacrificing herself, she attends the grand opening of a new club in town with her best friend. She went expecting to have a good time, what she didn’t expect was to meet Dominic Michaels.


Can the love of a woman loosen the knots of control that Dominic securely holds on to?


Sometimes it is hard to make the shift from control to surrender. 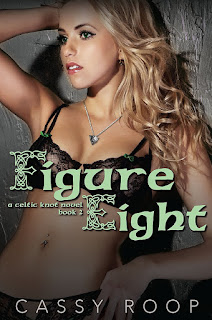 Figure Eight- A strong, secure knot that jams under pressure.


He was betrayed by the one person to loosen the knots of his control.
She sacrificed her love to protect him.
Blackmailed into destroying the man she desperately fell in love with, Ashley (Carter) Woodson tries desperately to cling to hope that Dominic will one day understand her reasons for her betrayal and stop the one person determined to keep them apart.
False accusations send Dominic Michaels into a legal battle involving The Celtic Knot and emotional turmoil from the devastation that Ashley caused him. The battle between his head and his heart makes picking up the pieces of his life difficult while he fights to escape the haunting memories of the only woman to break his control.
When outside forces conspire against them, will Dominic be able to unravel the ropes on his heart to trust Ashley again?
What happens when love exists on the edge between finished and infinity? 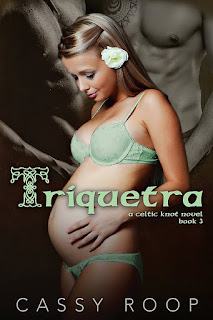 
Dominic has survived falling in love for the first time, having his world shattered, and then finding that love again. What happens, though, when that love also loves someone else?
Ashley finally fought and won against the people keeping her and Dominic apart, but what she soon learns is that she now has to fight her own heart when feelings for another man have developed during her time apart from Dominic.
With a baby on the way, will Dominic be able to show Ashley they are meant to be or will she choose the man to which she owes her life?
What happens when you have to watch the person you love, love someone else? 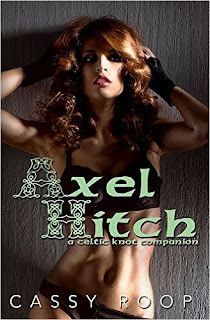 Kelly Harris is feisty and her strong nature can probably rival that of most men. She isn’t one to take crap from anyone and has a tendency to challenge those who challenge her. A painful childhood left Kelly with a need for control in all things that she is unwilling to relinquish. Being known to dump men after just one date or one time in the sack is her usual style, until she meets Knoxville Tanner.

Lilian Monroe and Jason Castle have been inseperable nearly their whole lives. Having formed the deepest of friendships at an early age, they created a bond that no one was able to break.
Both being offered amazing job opportunities after college, they had to come to terms with the distance those opportunities would create.
Deciding to take a vacation with a few of their closest friends was their way of saying goodbye to each other before their lives would be altered forever.
Two weeks of sun, sand, and bonding was all they planned on, but faced with the realization they wouldn’t be together in the same way again, both began to wonder if their relationship ran deeper than just friendship.
Will Lilian and Jason be able to let go of each other to chase their dreams? Or is what they have always dreamed of right in front of them?

Cassy is a fitness goddess by day and romance author by night. When she isn't writing furiously on her next novel, she's making books look beautiful inside and out as a graphic designer or capturing beautiful images with her camera. She has an unhealthy obsession with peanut butter, pedicures, and all things Les Mills group fitness. She has on occasion been seen purchasing clothes that aren’t athletic apparel (although rare).