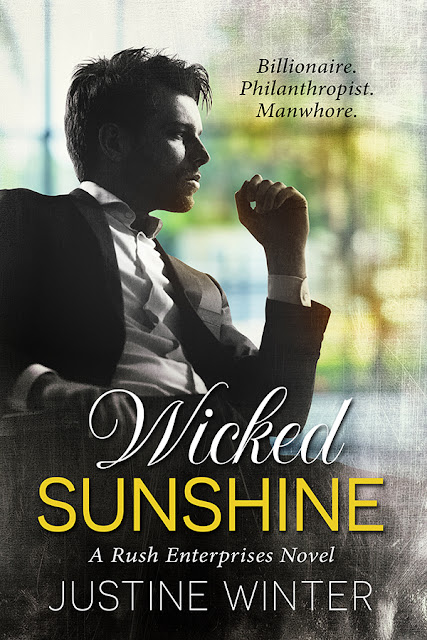 Billionaire. Philanthropist. Manwhore.
Grayson Rush is a title sandwich that everyone’s trying to snack on, but when it comes to women he has rules that he’s been implementing for the past eight years of his twenty-seven year-old life.
1. Condoms are sacred.
2. Never hook up with an employee.
3. No double dipping.
He likes his women fresh and their names forgotten, thrown in the bin along with their dignity. He’ll profess to being a deity of sex, that his precious Excalibur is the source of all gratification. And the media will attest to that. Satisfaction is his specialty. Pleasure is his mission.
But like all great heroes of history’s legends, he claims a weakness resonates in his rickety, tattered heart. The premise of more is his Kryptonite. The word alone invokes an instant BD: Boner Destroyer.
Why is it, then, when smart-mouthed, twenty-three year-old Maya Kennedy comes waltzing in his office, pitching her creative designer services, that he’s suddenly eager to rebel against his own foundations?
When his wise younger sister, and best friend conspire against him, he realises that chasing Maya might be just what he needs despite his reservations on romance. Love is a bitch, and her name is Sabrina.
Stepping out of his cob-webbed past, he’s determined to keep the dust from tainting his future.
Can a womanizing Manwhore change his ways, or is Gentleman a title too unattainable?

I straighten my jacket, pull on my stony business face, and head towards the conference room.
By the time I reach the glass doors, I’m afforded the chance of checking her out without her knowing. She’s staring out the windows, glaring at the view of London’s famous landmarks. Big Ben. Westminster. London Eye.
When I’ve eventually had my fill of her scrumptious arse and bare legs accentuated by the delicious four-inch heels she’s wearing, I clear my throat to announce myself, but even as the words leave my mouth I’m lost inside the most enchanting jade green eyes.
Call it what you will - lust, attraction, desire - I know I’m in fucking trouble. The number one rule I swore to myself just minutes ago already has me crippling with hatred. Fucking rules.
And that’s just her eyes. I take her in entirely, and I’m impressed. No, more than that. I’m a bloody animal that wants to press her bare cheeks up against the glass window and fuck her brains out until all she remembers is the raw pleasure I give her. Over and over.
Her lips are full, begging to be kissed. Her tits, though concealed in a smart, hot-pink dress, are bigger than my hands. And those sweet long legs look even better up close.
I’m fucked.
Cursed.
Punished.
This is what I get for being a sexually active man. A boner for forbidden fruit.
“Mr. Rush, pleasure to meet you.”
Oh, it will be.
“I’m Maya Kennedy, Enhance’s junior designer.”
I blink, and blink again. Junior? I call for an important meeting with a new company and they send me a fucking junior?
“Is this a joke?” I ask, wondering what the girl’s gain is in wasting my time. She  rearranges my day for this?
She sputters as if offended. “Not at all, Mr. Rush. My boss asked that I come in her stead. She’s out with food poisoning.”
I scrutinise her, knowing she’s seeing the dark danger in my eyes. Many have faltered under my gaze, yet she seems unaffected. Clearly she isn’t intimidated, and neither is she falling head-over-heels in love with me.
Oh, good God. It’s finally happened. I’ve lost it. You know, the it that makes me dangerously alluring. The it that makes businessmen I compete with squirm.
WHAT THE FUCK IS GOING ON?!
“My qualifications and creative mind far succeed my job title, Mr. Rush. I wouldn’t be so quick to walk me out the door.” She crosses her arms over her chest, and the movement alone is enough to distract me for a few seconds.
What? She’s the one encouraging me to look. Don’t tell me women don’t do this on purpose to distract us men long enough to agree to whatever it is they want.  It’s one of their womanly powers.
And it works, because I can’t remember what it is we were talking about when all I’m thinking about is having my cock wrapped in her tit sandwich for lunch. 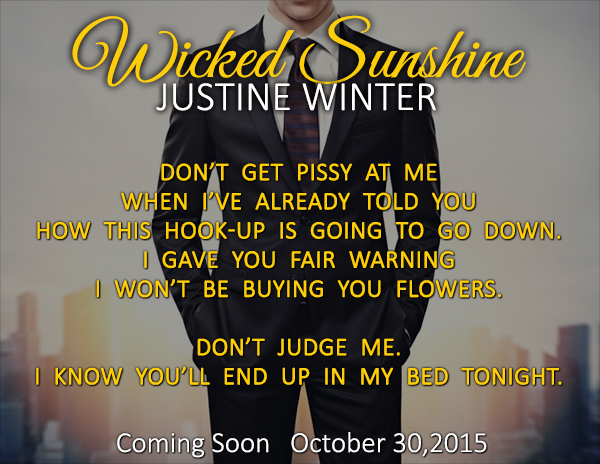 I’ve always lived a life based on my imagination, from hopeless dreams of romance to concocting alternate realities involving supernaturals. I’m completely fascinated with anything hero-related, and often speculate which superpower I’d possess. I haven’t settled on one yet.
I was born in England, and currently reside in Wales, UK. I love to write, and most days you’ll find me happily tapping away at the computer whilst in my pyjama-clad bubble. I also spend my time reading, and if that isn’t enough I’m often in the kitchen baking up a treat.

a Rafflecopter giveaway
HOSTED BY:

Posted by Elaine Cantrell at 4:45 AM