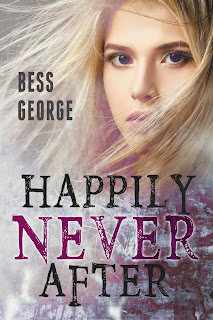 If you came for Beyond the Book, scroll on down, but why
not enjoy this post first?


HAPPILY NEVER AFTER
by Bess George

Dallas ADA Kelsey Brackston survives a brutal attack but struggles with PTSD. When someone begins to stalk her, she relocates hoping for a new start. A person can’t be hurt if they can’t be found. Her logic seems flawed when someone tries to kill her—again.

This could be Bode Taggert’s last chance at being a cop after crawling out of a bottle. Focused on the job, he avoids personal commitments. Something within him resonates with the lady ADA. Maybe it’s her desire to move forward after a life altering event. Or not being able to move forward no matter how hard you try.

Despite his good intentions, Bode falls for the sexy lawyer. While he and the police concentrate on arresting her stalker, Kelsey vanishes. With his career—and heart—on the line, Bode will stop at nothing to find her. But will their newfound faith in one another be enough to save the day? Or will their inner demons destroy them both?

Fight or flight kicked in and her rational brain shut down. She backed away from the stranger, clasping her hands together to control their violent trembling. Like a trapped animal, her eyes were frantic as they searched for escape routes, her heartbeat roaring in her ears. The wall stopped her backward progress with a jolt just as recognition hit her.

She was safe. Two dark brown eyes pinned her in place as they stared at one another.

A soothing voice at her side broke the connection. David placed his arm around her shoulders and gave a gentle squeeze. “This is Bode Taggert, honey. He’s one of the detectives in the Redding police department. Bode, this is ADA Kelsey Brackston.” 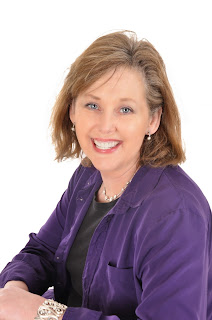 Debut author Bess George lives in Texas with her hubby. Her novel, Happily Never After will be released by Soul Mate Publishing September 2, 2015. In 2014, she won third place in the Pages From the Heart Contest with this manuscript.

Even though Bess crunches numbers for a living, she’s managed to work in some unusual places over the years. The oil business, a gun range, and a golf course are a few jobs where she met all types of characters. She loves to hear stories about people finding the unexpected hero inside each of us.

The author is giving away a $15 gift card via rafflecopter. Use the link below to enter.

Thanks for hosting me today! I'd fallen in love with these characters by the time I typed The End and hope that readers will too. I'll stop by later to check for questions. Have a great one...

Romance and intrigue! What more could a girl want. I'm ready to read!