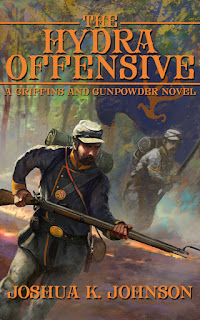 The nation of Ansgar is divided.

In the east, King Eadric Garrard has crushed one rebellion but gets no rest as the rebellion in the West is rapidly spiraling out of control. If he can't get things in line soon, his reign could be at an end.

Raedan Clyve has traveled across the Vast Sea to secure treaties and trade. Unchecked in his studies of magic, his powers are growing beyond his control. The dark path he has set himself on leads to destruction and chaos, but is it too late to turn back?

Kyrie Salas captains the Dragon's Breath, chartered to carry the Western emissaries across the world. She sees the potential in Raedan and seeks to harness it. But will her emotions get the best of her?

War has raged, battles have been fought, and lives lost. But the conflict for the future of Ansgar is just beginning.

Cadmus Reid was slow and methodical with his shots, carefully choosing his next mark. He was looking for officers to cause chaos or sharpshooters to limit the risk to his men. The Loyalists were hiding on the other side of the valley, behind boulders and below the crest of the hills. The eastern skirmishers were limiting their exposure, only presenting themselves long enough to find a target and fire.

Cadmus squinted as he looked up the sundrenched hills. The enemies had multiplied; where once a handful of skirmishers had been, now dozens were firing. Every hill on the eastern side of the valley was suddenly populated by a hundred Loyalist soldiers.

“They’re going to make their move soon,” Cadmus said to Gared as he reloaded again.

The increasing volume of fire was meant to frighten the western skirmishers: only a fool would expose himself to so much flying lead. Cadmus was unmoved by the tactic. He’d used the same tactic five years ago in the fight to free the Broken Plains Barony from foreign invaders and orcish mercenaries. A particularly deadly group of orcs had taken up in a temple. He’d fired volley after volley to distract them while another platoon had circled around to flush the mercenaries out. He had never expected to be on the receiving end and it bothered him that there was no effective way for him to counter the tactic. A regular infantry company would have a light gun or two to throw shells at the enemy from range. Skirmishers had no such luxury.

The first boom of cannon-fire echoed over the valley and the shot whistled as it fell. The enemy guns would have been placed on the plains beyond the far hills. Their angle would be poor and they would be relying on the scouts to direct their fire. The first rounds sailed over the western soldiers to slam into the ground far behind them. Solid shot against his skirmishers would be dangerous, but at least they weren’t explosive shells. The fragments of iron balls would be deadly.

What must have been a brigade of Loyalist troops flooded over the eastern hills, some firing at Cadmus and his men, others trying to load their rifles as they ran. Cadmus counted the flags.

“Signal a withdrawal,” he said. “Make for the swamps!” 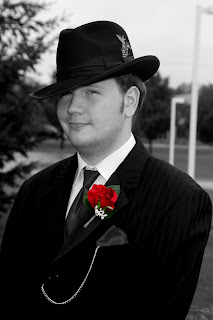 Joshua Johnson is the author of "Gunpowder Fantasy" The Cerberus Rebellion and the creator of the Griffins & Gunpowder universe. When he isn't working or spending time with his family, he writes novels, short stories and novellas.

He currently lives in Northern Illinois with his wife and young children.

Joshua will be awarding an ebook containing short stories set in the same world as the novel, titled The Chesian Wars.randomly drawn winner via rafflecopter during the tour. Use the link below to enter.