Beyond the Book: Power Clothes 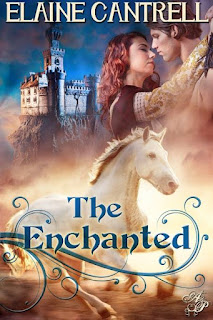 I bet everyone’s heard the term power clothes, but do you know what it means?  It means clothes that exude power, prestige, and refinement, clothes that project an air of invulnerably in the face of adversity.  In the modern world, a man might perhaps wear a Brooks Brothers suit in shades of dark gray.

Louis XIV of France loved power clothes. How do you like his outfit? Please note the design on the cape. That's the symbol of the French royal family. Note also the ermine fur lining. Unless I'm mistaken only royalty were allowed to wear ermine. 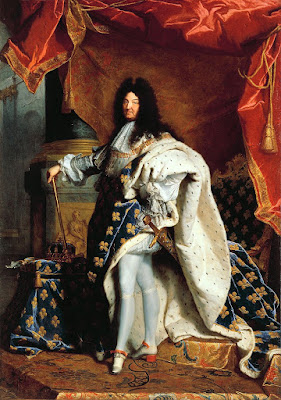 Military men use their uniforms as power clothes. When George Washington decided he wanted to lead the American army in the Revolutionary War, he simply wore his uniform to a meeting of the big wigs, and bingo! He’s the commander of the army.  Of course it didn’t hurt that Washington was taller than most men. He was a commanding presence in his uniform. 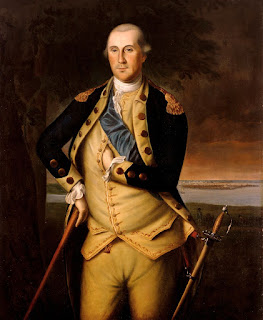 These are power clothes in Prince Alan's world. Who's Prince Alan? He's my hero in my Clean Reads release The Enchanted. Do you think he'd be impressive?

After his servant left him, Alan donned a soft, rich tunic of red velvet and a pair of skin-­tight breeches in dark gold. Both garments fit tightly after his stay in the prison, for as his father had said, he had put on quite a lot of muscle. His lip curled with amusement. Frankly, except for the bath and the food he would just as soon be back in prison. At least there he had known where he stood.

If you're intrigued by this little snippet, you can purchase The Enchanted at most online retail outlets.
Posted by Elaine Cantrell at 10:12 AM

Email ThisBlogThis!Share to TwitterShare to FacebookShare to Pinterest
Labels: beyond the book, fantasy romance, romance, the enchanted