Beyond the Book: Never Trust a Pretty Wolf 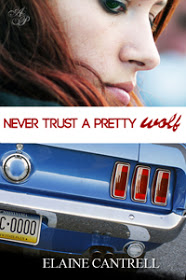 One of my favorite places for a quick, inexpensive vacation is Table Rock State Park which is located in Pickens County in upstate South Carolina. The park was built back in the 1930’s by the CCC, the Civilian Conservation Corps. The CCC was one of the programs President Franklin D. Roosevelt put into place to give jobs to unemployed workers back during the Depression. Ever since the park’s completion it has been a favorite place of Pickens County folks.

So what do we do at Table Rock? Sometimes we go camping. They have both primitive camps sites and those that accommodate RVs. The rent? Between $16-$21. If you’d rather have a rustic cabin to live in, you can do that too, but check it out well in advance. The cabins are beautiful and the cost reasonable Between $52-$181.

Like fishing or boating? Got you covered. Swimming, bird watching, hiking, geocaching, playing on the playground? Got you covered. Want a beautiful place to kick back and commune with nature? Got you covered. Need a place for a picnic? Yep, they have that too. If by chance you should check out Table Rock, be sure to go through the nature center and walk up the trail by Carrick’s Creek to see the waterfall.

Did you know that one of my Astraea Press releases Never Trust a Pretty Wolf is partially set at Table Rock? Local people will recognize it right away.

She took off as if all the devils in Hades pursued her, and they probably did. Veering off the path, she plunged into the woods with Andy closely following. They ran for what seemed like forever. Small branches slapped her face and pulled her hair. She turned her ankle more than once when she tripped over fallen tree limbs or stepped into holes hidden in the forest underbrush. Finally, she had to stop. The hot, boring stitch in her side couldn’t be ignored any longer.

Never Trust a Pretty Wolf is available at http://www.amazon.com/Never-Trust-Pretty-Elaine-Cantrell-ebook/dp/B0088346GK/ref=sr_1_1_twi_kin_2?ie=UTF8&qid=1441676101&sr=8-1&keywords=never+trust+a+pretty+wolf+by+elaine+cantrell
Posted by Elaine Cantrell at 5:30 AM